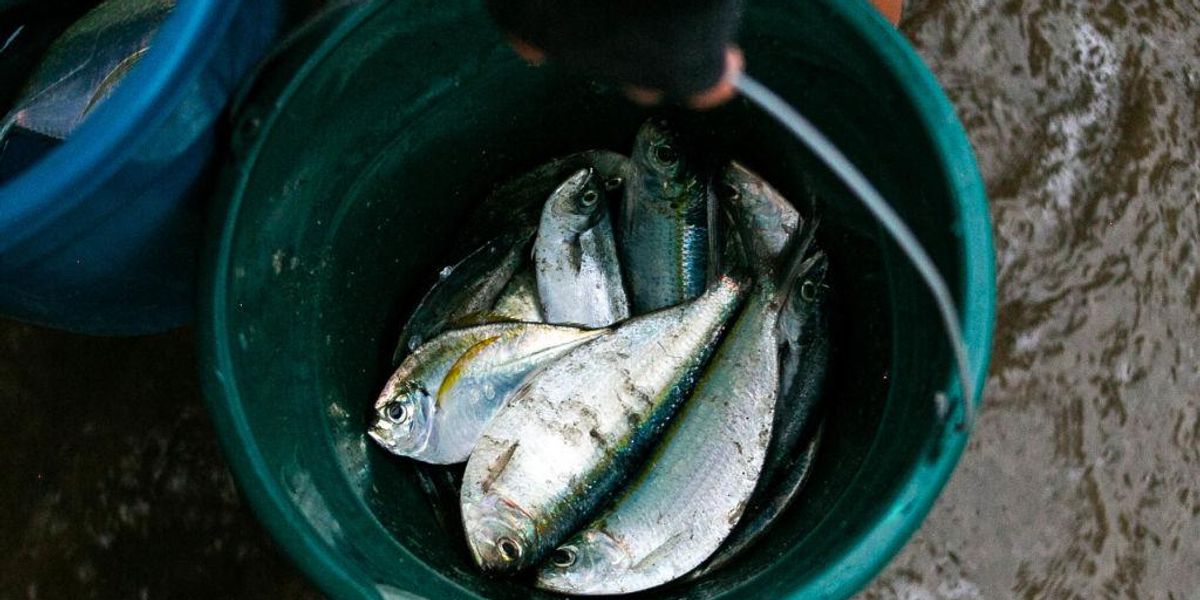 Texarkana, a town on the border of Texas and Arkansas, recently experienced a bizarre phenomenon as there were widespread reports in the area of fish falling from the sky during a rainstorm.

The incident reportedly happened on Wednesday afternoon as a storm swept through the area. Numerous residents posted pictures of the bizarre phenomenon as it unfolded.

Yep. It rained fish at my house too.pic.twitter.com/NRfT8veXT9

Fish rain from sky in Texarkanahttps://trib.al/I7BjeSk

While local residents may have understandably been concerned that they were in the middle of some sort of biblical plague, particularly after the bizarre events of 2021, local officials rushed to ensure residents that this was a completely natural phenomenon.

According to KTAL-TV, city officials told the station that the phenomenon is known as “animal rain,” and can happen when water spouts pass over lakes and rivers, sucking up fish, frogs, crabs, and other marine wildlife into the sky.

Then, as a National Weather Service meteorologist told KTVT-TV, the science is pretty simple: “What goes up, must come down.”

“They are picked up with the wind and come down like any debris does. They could have been picked up somewhere like Lake Texoma, [but] they could have come from anywhere,” meteorologist Gary Chatelian continued.

One car dealership employee, James Audirsch, described the scene to KTAL: “There was a loud crack of thunder and when we opened up the bay door. I looked outside and it was raining real hard and a fish hit the ground, and then I said, ‘It’s raining fish!’ Brad was like, ‘No it’s not,’ and I’m like, ‘No, it really is!’ and fish were droppin’ here and everywhere.”

Some of the fish were noted to be as large as 4-5 inches long and appeared to be white bass, according to Audirsch.

According to the Library of Congress, “animal rain” has been reported for hundreds of years, and used to be dismissed by scientists as a fable. However, with the advent of cell phones and video cameras, individuals who witnessed animal rain were more capable of proving their claims, as many residents of Texarkana did by recording it with their cell phones.