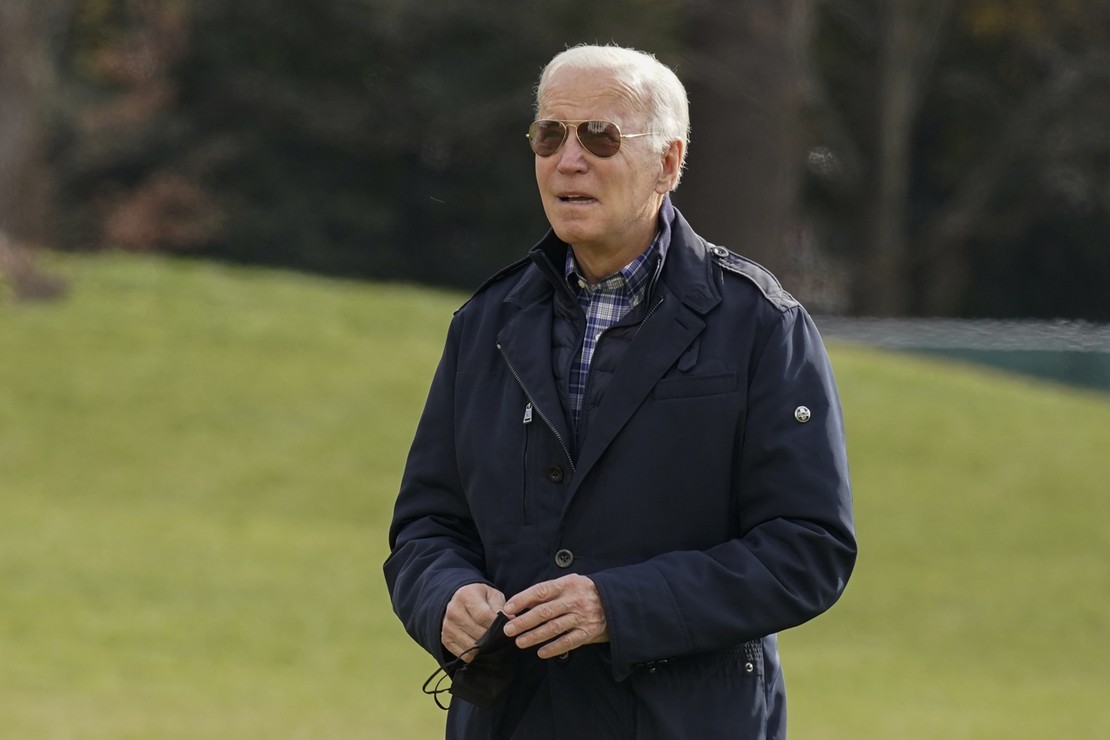 If Democrats want to halt a Republican wave 10 months from now, they need to acknowledge their failures and pivot to the political center.

Otherwise, President Joe Biden — who only took the Oval Office on a fluke — will soon be a lame duck and help initiate a GOP victory parade.

Dump despotic Anthony Fauci and bewilderingly incompetent Rochelle Walensky. Replace them with people who actually want to put the pandemic behind us, as you promised. Two years into this fiasco, even some Democrat governors know Americans have severe COVID fatigue, so every day that science is ignored, and we are forced wear masks and obey inconsistent COVID-19 edicts, is a reminder that your administration is handling the coronavirus poorly.

I’m sorry but this has been true for 2 years and it’s not just being mentioned by Fauci now because of Omicron. This isn’t changing the message in light of new science or circumstances, it’s changing the message because the most fearful are now a massive electoral drag. https://t.co/axNGxQkTwd

Get soaring inflation under control. Americans vote with their pocketbooks and therefore notice sudden price increases. Working families are spending far more for food, gas, heating bills, and other essentials under Democrat rule. Look at today compared to a year ago. Stop spending money we don’t have.

Kamala’s response to questions about inflation really highlights that constant complaint from her staffers that she “refuses to wade into briefing materials.” pic.twitter.com/EE8sGMBqYG

Bring all remaining Americans and our valued allies home from Afghanistan. Hold those responsible accountable for the catastrophic withdrawal, even if that includes generals and especially certain cabinet members.

This was planned for, like every other contingency. This was to be expected. https://t.co/T60h2pb4Qi

Get tough on Communist China by working with our allies to hold them accountable for their role in the pandemic and ongoing coverup. Beijing must also be held to responsible for intellectual property theft, human-rights abuses of the Uyghurs, and its threats to Hong Kong and Taiwan.

China will be sitting on the UN Human Rights Council starting January 1.

That’s how much of a joke the UN is.

Secure the southern border, which is a national security threat. This all happened in the last year and the apathy from Washington is appalling. The porous border is also a point of entry for terrorists, sex traffickers, and other noxious actors. Any halfway-decent leader prioritizes protecting the homeland, so every day unvetted individuals enter the U.S. illegally, you’ve failed. Take the incompetent Kamala Harris off the task, too, since she does not care.

Fox News’s @BillFOXLA recaps Biden’s historic border crisis, where morale among Border Patrol agents is at an all-time low: “They feel like they’re the U.S. Welcome Patrol rather than the Border Patrol” pic.twitter.com/XJInT69Eox

Fix the FBI and DOJ. Stop designating parents “domestic terrorists” for voicing concerns about the anti-Americanism their kids are learning. Instruct Attorney General Merrick Garland to instead focus energy on real threats, like drug trafficking, which kills hundreds of thousands each year. The feds should also address the increases in violence throughout the country and the rampant smash-and-grabs in Democrat-run cities.

Shut down the hateful woke radicals — including rogue teachers’ unions— exerting far too much power and control over you.

Even Hillary Clinton realizes that Americans are turned off by extremists, and these socialist bigots somehow have immense power. Ignore odious Bernie Sanders, who’s never had a job or an original idea. Don’t waste time on concocted issues like weather patterns, filibuster abolition, and “voting rights” in a country with record turnout. Be the moderate you promised to be on the campaign trail.

That is not good news for Biden and the Democrats. pic.twitter.com/0slpFTGY7l

Woman Dies Suddenly Inside the Pharmacy 15 Minutes After Getting a Booster Shot
Within two months, there’ll be a “great world conflict,” warns Serbian president
Monarchs of the American Big City
Sheriff: Florida deputy killed by construction worker in hit-and-run is illegal immigrant who was expelled from US in 2021; police uncover ‘serious’ immigration concern during investigation
Column: Cultural Leftists Scream at ‘Book Ban’ Groups