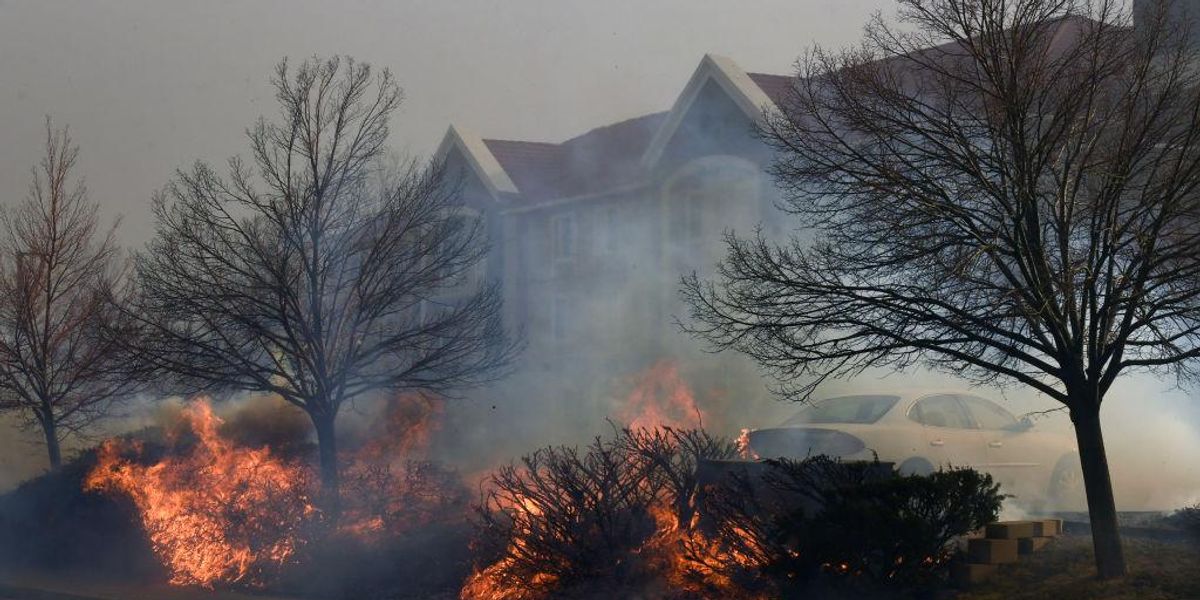 A series of wildfires, swept by wind, caused extensive damage in Colorado Thursday, forcing tens of thousands of residents to evacuate and destroying several hundred homes in their paths, according to reports from local news.

The largest such fire, the Marshall Fire, reportedly began in Boulder on Thursday afternoon and is believed to have started due to downed power lines that were knocked over by severe winds. The Denver Post reports that the winds in question reached over 100mph in gusts, and further helped contribute to the spread of the fire, which ultimately destroyed over 500 homes and had grown to over 1,600 acres by 5 p.m. Thursday. The Marshall Fire further caused over 30,000 to evacuate, including a number of hospital patients. Fortunately, as of late Thursday, no deaths had yet been attributed to the fire; however, authorities caution that due to the speed and devastation of the fire, some may yet be discovered.

The town of Superior, located between Boulder and Denver, was particularly hard hit by the fires, as authorities estimated that more than 200 downtown structures may have been destroyed by the fire, in addition to large numbers of homes. Superior Mayor Clint Folsom told the Post, “We are literally watching it burn. This is devastating to our people.” Nearby Louisville, Colorado appears to have also been hard hit.

Colorado Governor Jared Polis declared a state of emergency on Thursday afternoon, and promised to marshal all available resources to fight the remnants of the fire and help affected Coloradans, but he cautioned that, “This fire is not so much a question of resources. This fire is a force of nature.”

Fortunately for some Colorado residents, a winter storm is expected to hit much of the state Friday morning, which will likely help contain and/or extinguish the fire; however, it may complicate recovery efforts and exacerbate conditions for those who have lost their houses.

The winds that sparked and fed the fire were so severe that they were reported to have tipped over tractor-trailers, leading to road closures.

Much of the western part of the United States, including Colorado, has been affected by a severe drought over the recent weeks and months, which also likely contributed to the rapid spread of the fire.

This is a developing story and may be updated as events warrant.