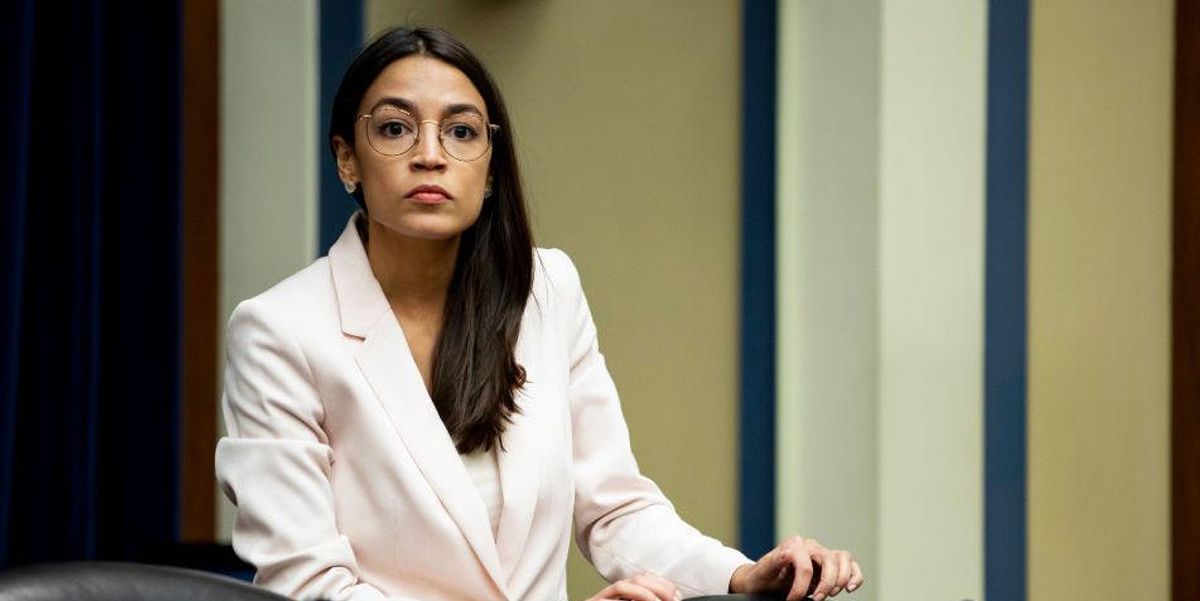 Rep. Alexandria Ocasio-Cortez (D-N.Y.) triggered a social media storm on New Year’s Eve after she claimed that her Republican critics are “mad they can’t date me” and accused them of “projecting their sexual frustrations” onto her boyfriend.

Ocasio-Cortez was spotted dining in Miami Beach, Fla., on Thursday, according to a tip received by National Review, on the same day that her native New York City reported a record number of Covid-19 cases.

Photos obtained by National Review show Ocasio-Cortez seated outside Doraku Sushi and Izakaya in Miami Beach Thursday afternoon, raising a cocktail in one and checking her phone in another.

How did AOC respond?

The New York Democrat responded by claiming her GOP critics are “creepy weirdos” who need therapy to address their “deranged sexual frustrations.”

“If Republicans are mad they can’t date me they can just say that instead of projecting their sexual frustrations onto my boyfriend’s feet,” Ocasio-Cortez said. “Ya creepy weirdos.”

“It’s starting to get old ignoring the very obvious, strange, and deranged sexual frustrations that underpin the Republican fixation on me, women, & LGBT+ people in general,” she added. “These people clearly need therapy, won’t do it, and use politics as their outlet instead. It’s really weird.”

Itu2019s starting to get old ignoring the very obvious, strange, and deranged sexual frustrations that underpin the Republican fixation on me, women,& LGBT+ people in general.nnThese people clearly need therapy, wonu2019t do it, and use politics as their outlet instead. Itu2019s really weird

Ocasio-Cortez was hit with a reality check.

No, critics were not condemning her trip to Florida because they want to date her. Instead, Ocasio-Cortez’s trip to Florida seemingly exposed her hypocrisy, critics alleged. Critics also noted that her response to the backlash was “insanely narcissistic.”

The Biden Family’s Creepy Obsession With Children
Man says he was paid $21,000 for trading in 3D-printed guns at government buyback event, New York attorney general responds
California High School Bans ‘Thin Blue Line’ Flag From Football Games
Policymakers Can Only Watch as Russia Threatens an America With a Doddering Old Fool at the Helm
Is the Pilot Working? RNC Says Google Sent Over 20M GOP Emails to SPAM in 6 Days