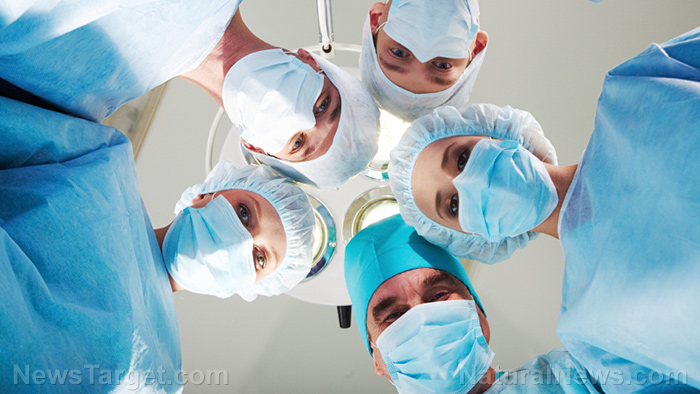 New Zealand’s Ministry of Health (MoH) confirmed that a new law allows for physicians to receive about $1,087 for each patient they “euthanize” – and the qualifications for euthanization are minimal.

Stuff, the island country’s most popular newspaper, reports that almost anyone can qualify to be euthanized, including not only covid patients with symptoms but also people who test “positive” for the virus and become too scared to keep on living.

“Could a patient who is severely hospitalized with Covid-19 potentially be eligible for assisted suicide or euthanasia under the [End of Life Choice Act], specifically as it relates to ‘severely hospitalized’ covid patients?” the anti-euthanasia group DefendNZ asked in an Office Information Act (OIA) request last month to the MoH.

“In some circumstances, a person with Covid-19 may be eligible for assisted dying,” the government later responded.

A more in-depth statement from the MoH explains that in order to qualify for assisted suicide, a patient must have a “terminal illness that is likely to end their life within six months.” This technically includes patients who test positive for covid, seeing as how the government and media have trained everyone to believe that the Fauci Sniffles is a certifiable death sentence.

Saving lives, one assisted suicide at a time

As for the cash payments, doctors who perform a euthanasia death can basically “expense” it with the government, which has set aside large sums of cash for reimbursement.

Only 96 of New Zealand’s roughly 16,000 doctors have said they plan to participate in the program, which is at least some what encouraging. And all but one of the nation’s 32 hospices have likewise indicated that they do not plan to euthanize covid patients.

This could change, though, if the profit stream later grows more appealing to the current holdouts.

“It is bizarre that a country which has been trying to protect it citizens by closing down completely from a virus from which people can fully recover … is now suggesting that these patients should be killed by their doctors,” stated Baroness Finlay of Llandaff, a U.K professor of palliative medicine.

“It turns the ethos of medicine on its head. You really cannot predict death 100 per cent. So why not support them while they are dying and leave the door open in case they are in the group that defies all odds and recovers completely?”

Back in 2017, the American College of Physicians (ACP) also came out in condemnation of euthanasia, arguing that it is neither a “therapy” nor a solution “to difficult questions raised at the end of life.”

“A lot of people will be euthanized without their consent,” warned one commenter at Infowars about what will likely end up happening in New Zealand (and anywhere else such policies are adopted). “Count on it.”

“At $1,000 a death, most doctors will end up being sellouts to the new world order,” wrote another. “‘Assisted suicide’ will skyrocket with a little help from ventilators and remdesivir … in the U.S., federal hospitals are covid execution facilities, soon to be joined by New Zealand.”

The latest news about the Chinese Virus can be found at Pandemic.news.

USDA threatens Amish farmer with fines and PRISON time for selling raw milk and grass-fed beef to community
‘If you are a Republican, you are a Nazi,’ tweets Saira Rao, who previously said looking at the American flag makes her want to puke
New Orleans is now America’s murder capital
Democrats are reportedly dumping big bucks into abortion-related advertising
Joy Behar says Gavin Newsom presidential ticket with Stacey Abrams would be ‘pretty good’ for 2024