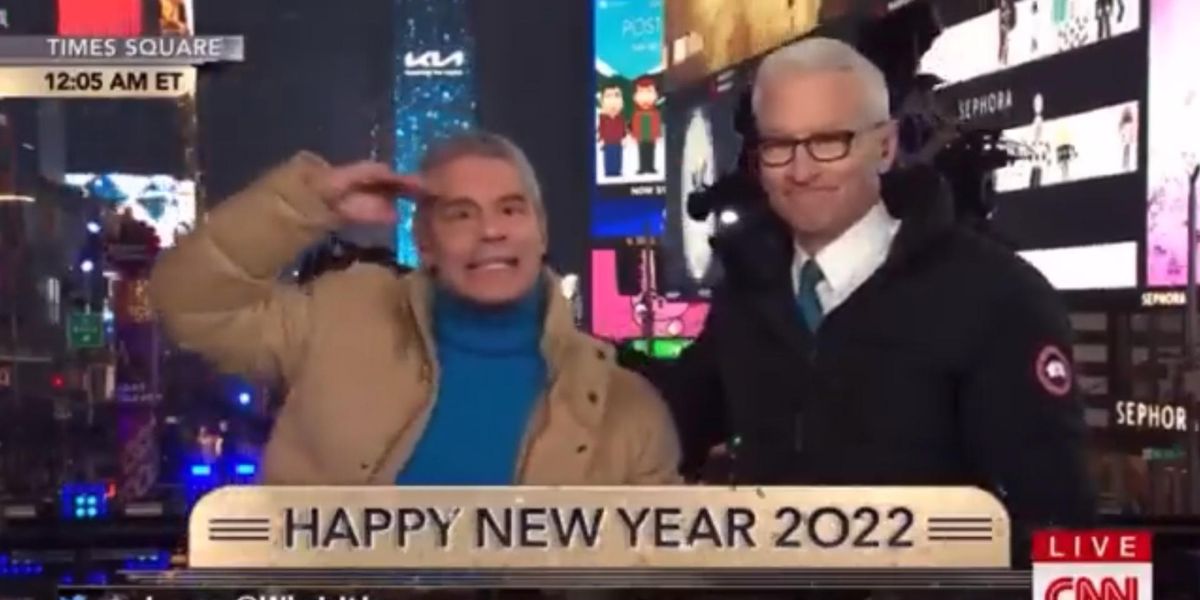 After taking a shot on-air with co-host Anderson Cooper, a visibly intoxicated Cohen decided to let loose with his unvarnished thoughts about the unpopular chief executive.

Andy goes off on de Blasiopic.twitter.com/IornnsuG36

“Let me tell you something,” Cohen began.

“Tell us something,” Cooper encouraged.

At this point, Cooper, perhaps sensing what was about to occur, attempted to interject, “Oh, don’t go on a rant,” but Cohen would not be deterred. Leaning into the camera and gesturing for emphasis, Cohen let fly.

“That’s how you want to start the new year?” Cooper asked.

Even more wound up, Cohen marched on, “The only thing Democrats and Republicans can agree on is what a horrible mayor he has been, so, SAYONARA, SUCKER! 2022! It’s a new year! ‘Cause guess what? I have a feeling I’m going to be standing right here next year, and do you know what I’m not gonna be looking at? Dancing as the city comes apart.”

A somewhat sheepish Cohen took to Twitter early in the morning to confess that he may have imbibed a little too much booze before going on air. He did not, however, retract or apologize for his comments.

This is not the first time Cohen has unloaded on de Blasio for his management of New York City. Last year, Cohen likewise celebrated his CNN appearance by bashing the mayor, saying, “My God! Do something with this city! Honestly, get it together!”