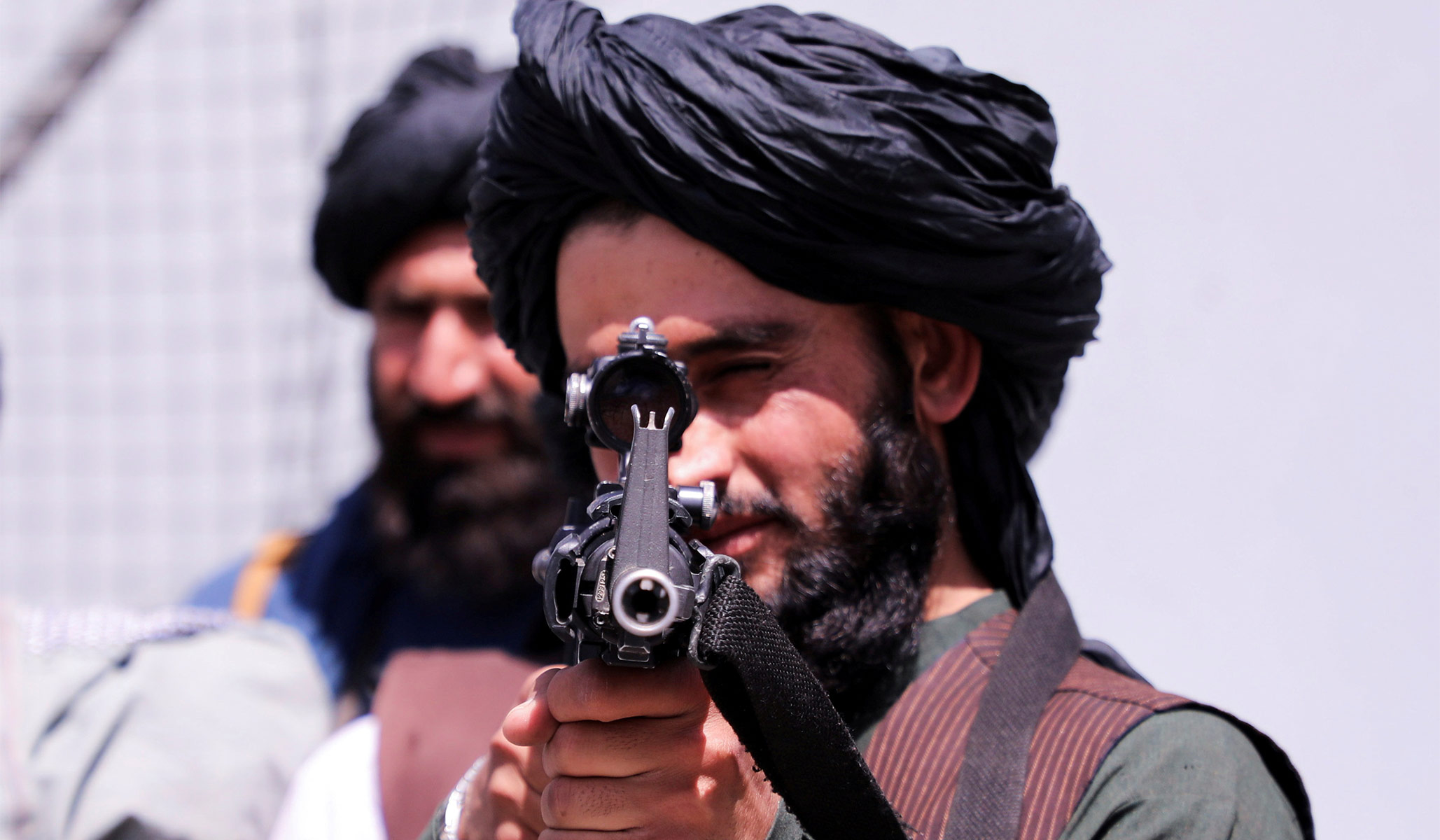 Singer-songwriter John Ondrasik is one of the many Americans who is determined that American citizens, green-card holders, and our allies in Afghanistan are not quickly or easily forgotten, and that the U.S. government does not avert its eyes from the consequences of the Taliban takeover. Earlier this year, Ondrasik recorded and released, “Blood on My Hands,” a protest song about the plight of Afghans, which criticizes President Joe Biden and the U.S. withdrawal from that country.

This morning, Ondrasik unveiled a “docu-music video,” which begins with President Biden insisting that the U.S. intelligence community did not assess that the Afghan government was likely to collapse, moves on to the Taliban’s brutal rule, and reminds us that the last U.S. military action in Afghanistan was a drone strike that killed innocent children instead of terrorist bombers. I would embed the video, but because the video features graphic images of bloodied Taliban victims, Taliban members beating people in the streets and whipping women, and the consequences of suicide bombers, including dead children, it is age-restricted.

The video concludes with the audio of Ondrasik asking questions of Amrullah Saleh, the former vice president of Afghanistan who insists that with former president Ashraf Ghani having fled the country, he is the legitimate president and head of the Afghan government. Saleh concludes, “America has not only lied to the Afghan people; it is lying to itself. The betrayal is not the collapse of a system only. The betrayal is about [the] fate of millions of people. I mean, who is going to take the words of this administration, and probably the future administrations, seriously?”

The video is not easy viewing — but nothing about the U.S. withdrawal and Taliban takeover is.

A long piece in The New Yorker last week detailed the enormous gap between President Biden’s pledge, “we’re going to stay until we get them all out,” and reality:

In the past three and a half months, the U.S. government has evacuated only three thousand or so people. Passengers are now required to carry passports, but requesting them from the Taliban is dangerous for dissidents; those with newborns who haven’t yet received identification are effectively banned from flying. Recently, a senior Administration official told me that, due to ongoing logistical disputes at the airport, flights were stopped entirely. Biden has touted the effort as “one of the largest, most difficult airlifts in history”; the U.S. has helped more than a hundred and twenty thousand people flee. Still, the government has acknowledged that, as of this month, a handful of U.S. citizens remained in the country, along with fourteen thousand green-card holders, thirty thousand Afghans with vetted S.I.V.s, and thirty thousand who have applied. “With their immediate families, this could easily be over a hundred and fifty thousand people,” Vikram told me. An untold number of Afghans endangered by their work also remain, including human-rights advocates, journalists, former members of the Afghan military, and judges. “Their only way out is through U.S. bases,” Vikram said.

Transgender woman sentenced to life in prison for murdering 7-year-old daughter, mutilating body, and dumping her in a lake
2 North Carolina high school students found dead on trail
Here We Go… CDC is Sounding the Alarm on an “Out-Of-Control” STD Epidemic
Auburn’s Coach Pearl Rips Into Dem Congresswoman’s Jihad On Oil
‘She was 12 and I was 30’: Biden baffles with bizarre statement during union speech