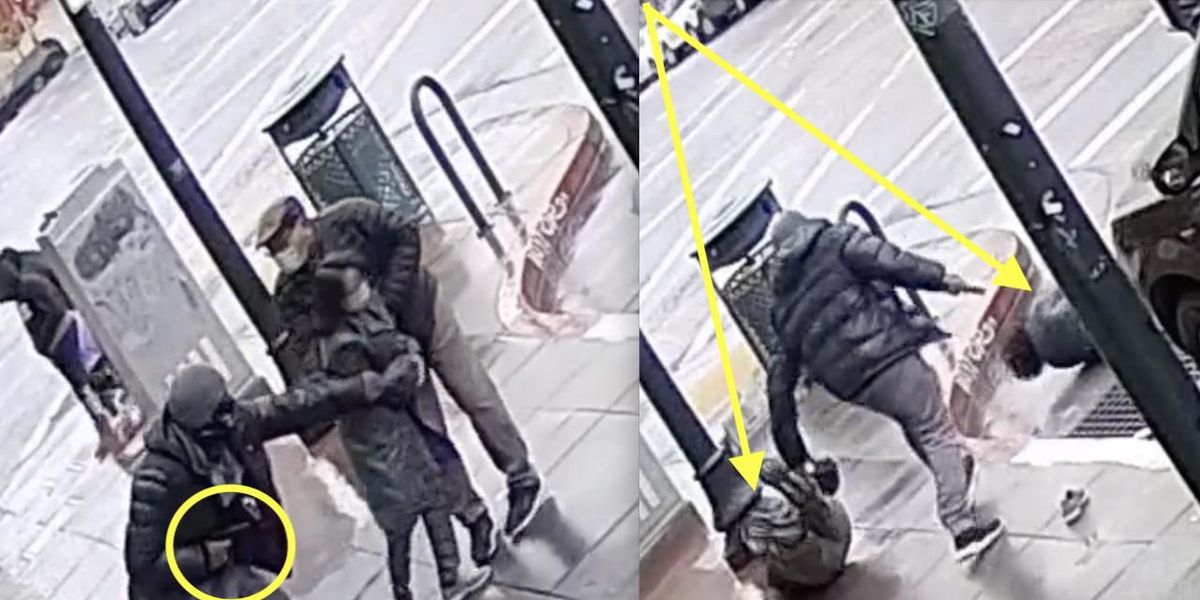 On the day after Christmas, a married couple in their seventies was assaulted and robbed at gunpoint on a busy street in broad daylight in the Chinatown neighborhood of Oakland, California — and it was all caught on video.

KGO-TV reported that the couple had just left a friend’s jewelry shop on Franklin Street when a man drew a gun.

“Give me your f***ing purse!” the armed man hollered, according to station anchor Dion Lim, who later spoke to the husband.

u2026a man approaches, pulls a gun. nnMr. H said the man u201csaid give me your f**king purse!u201d then pushed Mrs. H to the ground took her purse & ran off. Theyu2019re physically OK. nnThe guy almost got hit by a car while escaping & ran to a nearby getaway vehicle. (2/3) #StopAAPIHatepic.twitter.com/CJDsQfXpTd

The couple is physically OK, Lim reported on Twitter.

Carl Chan, president of the Oakland Chinatown Chamber of Commerce, told KGO that crime was down in the neighborhood before the holidays, but he will lobby for more law enforcement protection: “Not only are we needing more police presence in the community, we need to install additional cameras and license plate readers because it has proven successful in many cities.”

The male victim in the attack told the station that Oakland feels like “a broken society” in the wake of COVID and that he and his wife sustained some bruises but “fortunately … have no broken bones or anything serious. Mentally we are really scared.”

The male victim added to the station that he doesn’t believe defunding the police is a good idea and is grateful his four children are nearby and can deliver groceries and help with errands.

Rihanna to headline Super Bowl halftime show after she refused to ‘sell out’ to the NFL in 2019 over Kaepernick protest
Republican Christine Drazan Maintaining Strong Poll Numbers In Oregon Governor Race – Now Leading!
Liberal Journalist Thinks The Constitution Must Be Rewritten To Stop Donald Trump
The DOJ Is Even More Dangerous Than We Thought
ANALYSIS: Nord Stream Pipelines Sabotaged, and Only One Country Benefits