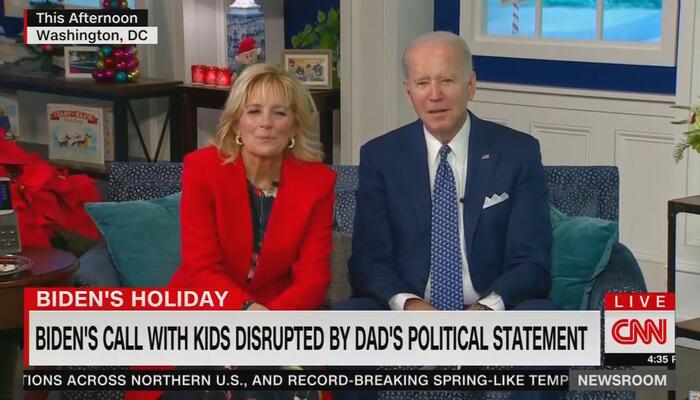 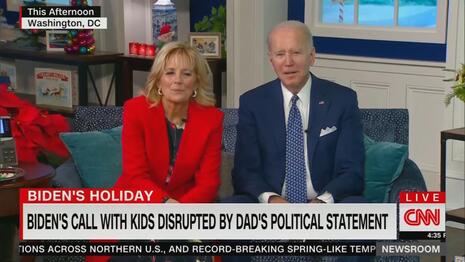 The idea that someone should have their life ruined over a practical joke, is patently insane and frankly anti-American. Yet that is exactly what CNN Opinion columnist and SiriusXM radio host Dean Obeidallah argued in a recent column last week.

In a piece titled “You can’t troll the President with ‘Let’s go, Brandon’ and then play the victim”, Obeidallah argued that Jared Schmeck, 35-year-old Oregon father deserves whatever punishment the cancel culture tyrants want to inflict on him for the grave sin of saying “Let’s Go, Brandon” to President Joe Biden during a call on Christmas Eve.

Obeidallah summarized the incident that got the left all in a tizzy this way:

On Friday, Schmeck took it one step further by trolling the Biden’s to their face with this coded expression. The father of four is now — as you might imagine — facing a tsunami of criticism for essentially dropping the coded equivalent of an “F”-bomb on a live Christmas Eve special designed for families to track Santa Claus.

Not surprisingly, Obeidallah described Schmeck’s practical joke as “despicable”, but he did defend his right to say it, noting that “our right to freedom of speech must be vigilantly protected, especially when speaking about political issues and our elected officials.”

Further proving that the left has no sense of humor, Obeidallah seemed to not understand why conservatives shifted from “F**k Joe Biden” to “Let’s Go, Brandon”, while at the same time admitting where it originated from. He also accused conservatives of the “cowardice of being PC when it comes to political insults”.

Towards the end of the piece, Obeidallah finally cut to the chase and mocked Schmeck for complaining about the threatening calls he’s received after his phone call with Biden:

After that unsympathetic and frankly juvenile paragraph, Obeidallah continued his vitriol towards Schmeck stating:

Sorry, that’s not how freedom of speech works. If you want to troll a president to apparently make others on the right happy, you can expect criticism. If you don’t want criticism because you are painfully thin-skinned, then don’t say “Let’s go Brandon” on a live Christmas Eve special. It’s as simple as that.

Actually, that is how freedom of speech works. Freedom of speech is the freedom to say what you believe without fear of retaliation or punishment. In fairness, he did write that didn’t have any “ill wishes towards Jared Schmeck.” While one sentence later, he wrote that he hoped no one tells him: “Let’s go, Jared!”

CNN’s Don Lemon tried to get an expert to blame Hurricane Ian on climate change. It didn’t go so well.
BREAKING: US Embassy and Consulates in Russia Warn Americans to Leave Russia Immediately
Ukraine on the Verge of Another Massive Battlefield Victory
WATCH: LAPD Releases Bodycam Footage Showing Moment Officer Fatally Shoots Teen with Airsoft Gun
Rep. Marjorie Taylor Greene’s Husband Files for Divorce, But Praises Her for Being an Amazing Mom