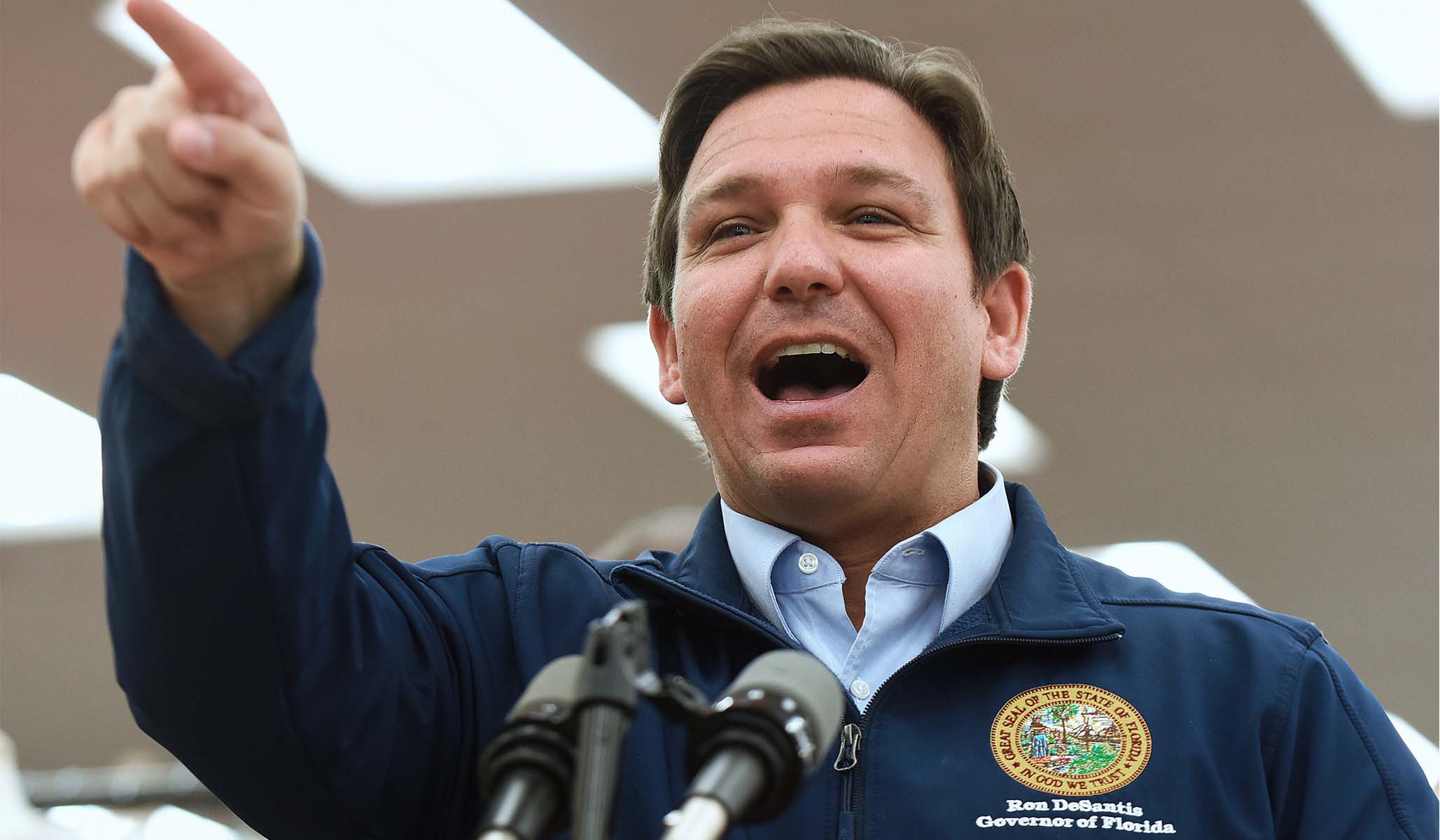 Florida Governor Ron DeSantis on Monday took a shot at politicians who have visited Florida despite advocating for Covid-19 lockdowns and criticizing his approach to the pandemic, adding that he was “not surprised” to see Representative Alexandria Ocasio-Cortez (D., N.Y.) visiting Miami Beach last week.

“If I had a dollar for every lock-down politician who decided to escape to Florida over the last two years, I’d be a pretty doggone wealthy man, let me tell you,” DeSantis said Monday. “I mean Congresspeople, mayors, governors, you name it.”

“It’s interesting, though, the reception that some of these folks will get in Florida because I think a lot of Floridians say, ‘Wait a minute. You’re bashing us because we’re not doing your draconian policies and yet we’re the first place you want to flee to, to basically to be able to enjoy life,’” the Republican governor added. “So I’m not surprised to see that continuing to happen.”

.@GovRonDeSantis on AOC: “If I had a dollar for every lock-down politician who decided to escape to Florida over the last two years, I’d be a pretty doggone wealthy man, let me tell you. I mean Congresspeople, mayors, governors, you name it.” https://t.co/JhKX1odmxT pic.twitter.com/d6LaOyDdVD

The comments come after Ocasio-Cortez was spotted dining in Miami Beach on Thursday, according to a tip received by National Review, on the same day that her native New York City reported a record number of Covid-19 cases.

Photos obtained by National Review show Ocasio-Cortez seated outside Doraku Sushi and Izakaya in Miami Beach Thursday afternoon, raising a cocktail in one and checking her phone in another.

The progressive “Squad” member later attempted to shift the public conversation away from her controversial trip, suggesting that people instead focus on DeSantis, who, she claimed, had gone “inexplicably missing.”

“Hasn’t Gov. DeSantis been inexplicably missing for like 2 weeks?” the congresswoman wrote in response to a tweet from Team DeSantis welcoming her to Florida.

“If he’s around, I would be happy to say hello,” she added. “His social media team seems to have been posting old photos for weeks. In the meantime, perhaps I could help with local organizing. Folks are quite receptive here :)”

She continued: “I’d also be happy to share some notes from @GovKathyHochul’s work in NY since he seems to be in need of tips!”

However, DeSantis’s spokeswoman, Christina Pushaw, told Fox News the governor was accompanying his wife, Casey, to cancer treatment on Wednesday, when critics began accusing him of dodging his responsibilities. DeSantis announced in October that his wife had been diagnosed with breast cancer.

Back in February, when Senator Ted Cruz (R., Texas) drew fire for taking a trip to Cancun, Mexico, during a winter disaster in Texas that left millions without power or water, Ocasio-Cortez joined the pile-on.

HORROR: New Jersey Man Found Dead in Kettle Cooker at Food Processing Plant
Gavin Newsom warns Democrats that Fox News hosts are dominating politics: ‘We are getting crushed’
As Pandemic Relief Fraud Piles Up, 47 Fraudsters Abscond With $250 Million
Column: Cultural Leftists Scream at ‘Book Ban’ Groups
World War III has already begun, but the truth is being withheld from the public until the very last moment