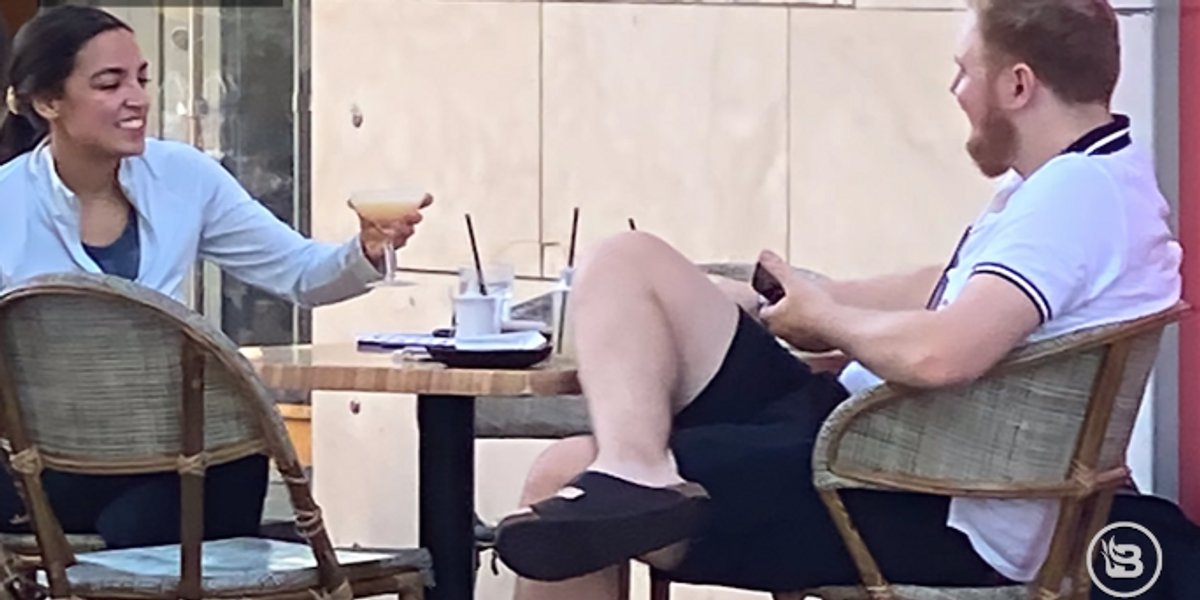 New York Rep. Alexandria Ocasio-Cortez has outdone herself again, this time with a bizarre tweet that accused Republican men of something quite odd.

National Review published a photo of House Rep. Alexandria Ocasio-Cortez and her boyfriend having drinks on the patio of a restaurant in Miami Beach, Florida on Thursday. The couple did not appear to be wearing masks in the photo. On the same day, Ocasio-Cortez’s state, New York, reported a record number of new COVID cases.

Ocasio-Cortez had a bizarre explanation for why critics had a problem with her visiting a state like Florida, which has relaxed COVID regulations, while her state is devastated by COVID-19 legislations. According to AOC, “If Republicans are mad they can’t date me they can just say that instead of projecting their sexual frustrations onto my boyfriend’s feet,” she wrote. “Ya creepy weirdos.”

In response to AOC’s tweet, Candace Owens said, “‘You just want to have sex me’ is potentially the filthiest, most immature response I’ve ever heard uttered by an elected official that is facing critique. She’s quite literally creating a Republican sexual fantasy about herself.”

BlazeTV host Dave Rubin of “The Rubin Report” explained to AOC that “People are fixated with [her] for being an entitled, hypocritical, socialist, lockdown happy, vaccine mandate-ho while vacationing in the free state of Florida. [She] just [sucks] as a person and as a public servant. That’s really the extent of it.”

In this “Pat Gray Unleashed” clip, Pat asserts that what he finds weird is that AOC expressed her belief that she is every man’s fantasy.

To enjoy more of Pat’s biting analysis and signature wit as he restores common sense to a senseless world, subscribe to BlazeTV — the largest multi-platform network of voices who love America, defend the Constitution, and live the American dream.