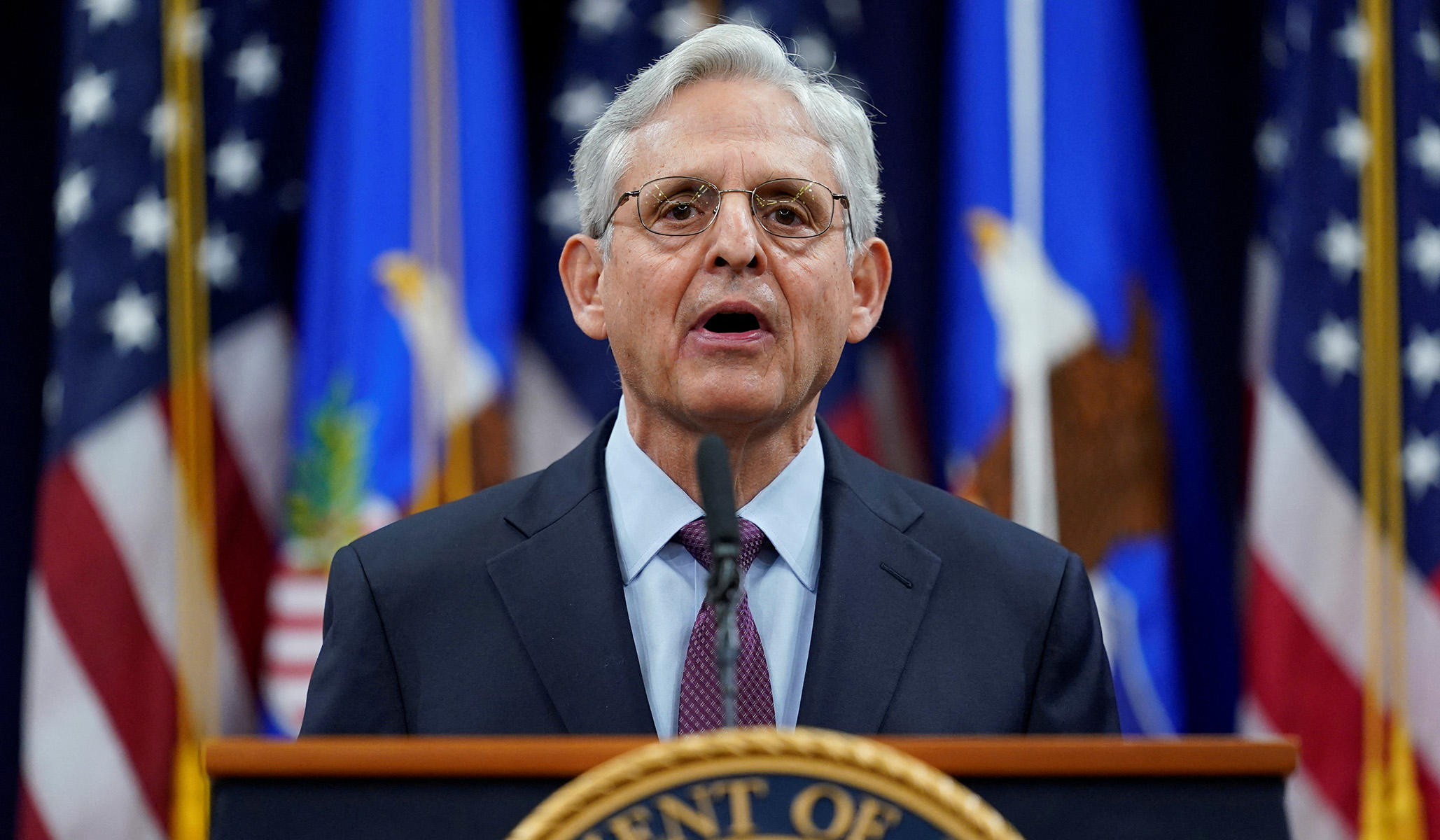 Attorney General Merrick Garland used his Wednesday speech marking the anniversary of January 6 to rally support for a pair of bills that would federalize election law and are nearly unanimously opposed by congressional Republicans.

“The Department of Justice will continue to do all it can to protect voting rights with the enforcement powers we have. It is essential for Congress to act to give the Department the powers we need to ensure that every eligible voter can cast a vote that counts,” Garland said after recounting events of January 6, when a mob of Trump supporters stormed the capitol and disrupted the certification of the 2020 presidential election results, forcing Congress members to flee.

The speech came several days after Politico reported that Senate Democrats would attempt to use the January 6 anniversary to push through voting legislation, arguing that the riot represented the starting point of a broader Republican effort to restrict the franchise in state houses around the country.

One of the bills under consideration, the Freedom to Vote Act, would set national standards for voter ID laws to include a range of documentation, set a national minimum 15-day early voting period, declare election day a federal holiday, and make it easier for residents to sue state legislatures over redistricting claims.

The other bill, the John Lewis Voting Rights Advancement Act, would restore sections of the Voting Rights Act of 1965 requiring districts with a history of discrimination against African Americans to consult with the DOJ before changing voting rules. The Supreme Court invalidated those sections in its 2013 decision in Shelby County v Holder.

Garland noted in his Wednesday speech that the Voting Rights Act gave the DOJ “valuable tools” to protect the right to vote, but that the Supreme Court’s Shelby County v Holder decision “effectively eliminated” the “Department’s most effective tool for protecting voting rights.”

Garland claimed that since those decisions, new “legislative enactments” have made it harder for citizens to vote, including by redistricting maps drawn to the detriment of minority voters or voters of an opposing political party. Garland also cited “abnormal post-election audits that put the integrity of the voting process at risk.”

The attorney general also noted that prosecutors have charged over 325 defendants with felonies in connection with the riot, and 20 have pleaded guilty so far.