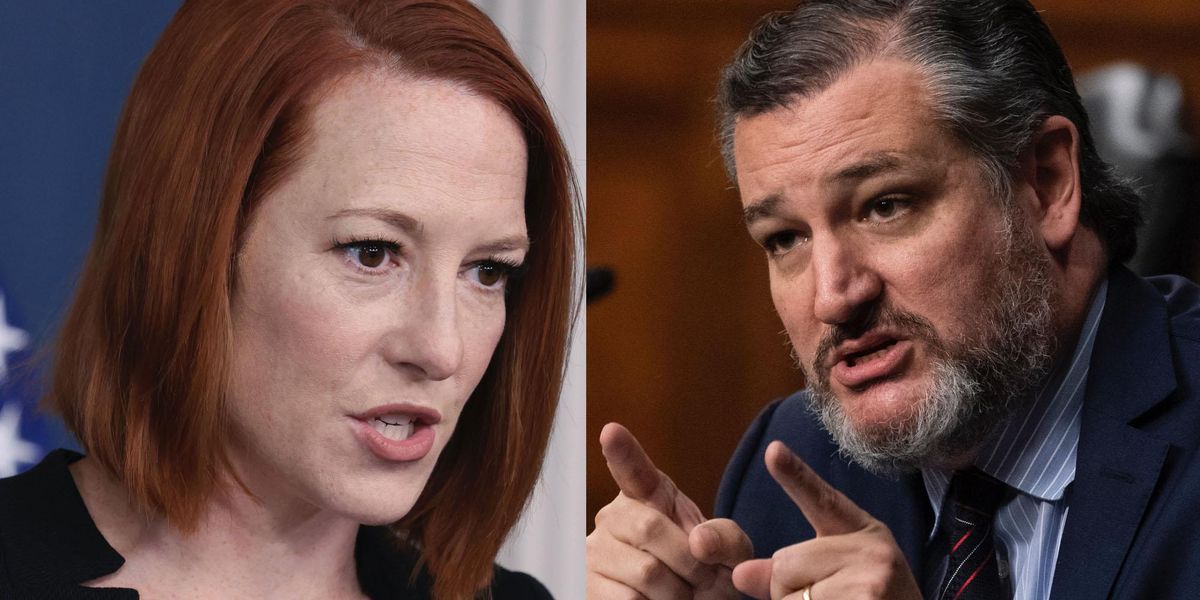 Psaki made the comments during the White House media briefing on Tuesday.

“Well, uh, our reaction is maybe Senator Cruz can work with us on getting something done on comprehensive immigration reform and putting in place measures that will help make sure smart security is what we see at the border,” Psaki said, “taking a more humane approach at the border instead of name-calling, accusation-calling, and making predictions about the future.”

Cruz said that Republicans would investigate Biden for impeachment on the latest episode of his podcast titled “Verdict with Ted Cruz.”

“If we take the House, which I said is overwhelmingly likely, then I think we will see serious investigations of the Biden administration,” said Cruz.

He went on to accuse Democrats of “weaponizing” the impeachment process in order to damage former President Donald Trump.

“They used it for partisan purposes to go after Trump because they disagreed with him,” he explained. “One of the real disadvantages of doing that is the more you weaponize it and turn it into a partisan cudgel, you know, what’s good for the goose is good for the gander.”

Cruz said that the crisis of the border was one of many policies over which Biden might be impeached by Republicans.

“Probably the most compelling is the utter lawlessness of President Biden’s refusal to enforce the border,” the senator argued. “His decision to just defy federal immigration laws and allow 2 million people to come here unimpeded in direct contravention of his obligation under Article Two of the Constitution to take care that the laws be faithfully executed.”

Republicans are expected to make large gains in Congress in the midterm elections where Democrats face an uphill battle due to very low polling and a great number of challenging races that could easily flip to Republican control.