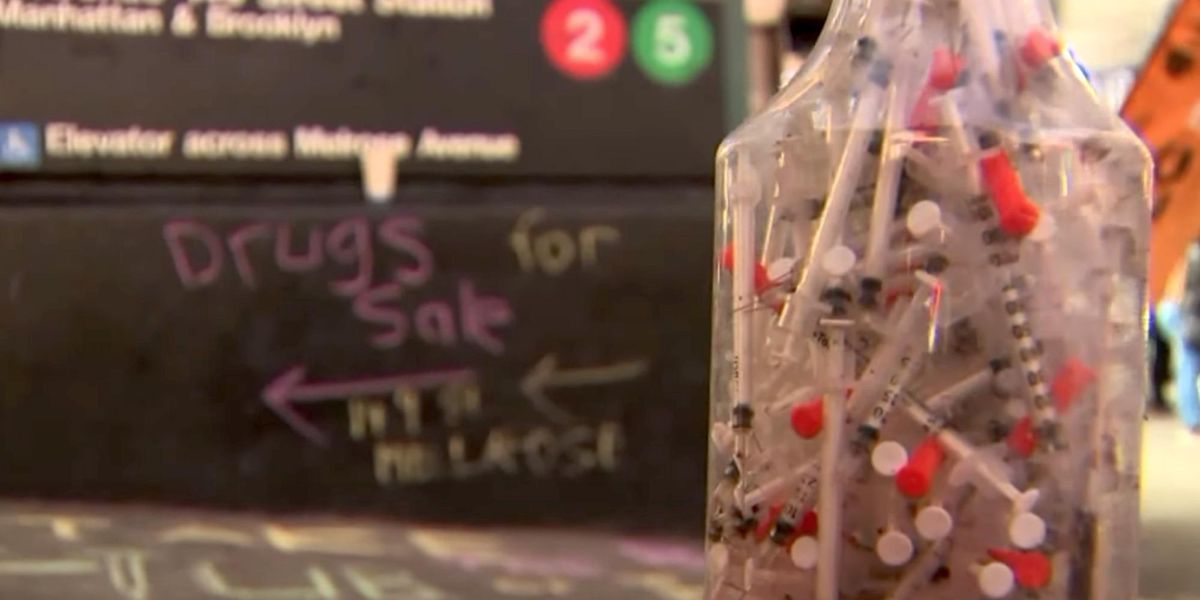 New York City will address the drug overdose crisis by installing public vending machines that will dispense clean hypodermic needles for those “disproportionately burdened” by overdoses.

Ten public vending machines will be installed in select locations in New York City, and they will be stocked with “harm reduction and wellness supplies” that include clean syringes and the anti-overdose drug naloxone.

In a request for proposals by the non-profit organization installing the vending machines, the group blamed systemic racism and white privilege for unequal access to “resources and opportunities afforded to White people.”

“We are in the worst overdose crisis we’ve ever been in in the United States,” said Harm Reduction Action Center executive director Lisa Raville. “In a magical world there would be no drugs, but we live here.”

Not everyone is thrilled about these harm mitigation efforts. Republican Rep. Lee Zeldin of New York mocked the program in a tweet from his social media account.

“It’s being reported that NYC’s latest answer to the drug abuse epidemic is to dispense needles from vending machines like candy. That’s on top of new locations around NYC to shoot up,” tweeted Zeldin.

It’s being reported that NYCu2019s latest answer to the drug abuse epidemic is to dispense needles from vending machines like candy. Thatu2019s on top of new locations around NYC to shoot up. People should be encouraged to get OFF drugs, not having govt load them up w/ tools to use more.

“People should be encouraged to get OFF drugs, not having govt load them up w/ tools to use more,” he added.

Outraged neighbors in one Brooklyn neighborhood counted more than 200 discarded hypodermic needles found in one garbage can near a public school, according to a WPIX-TV report.

One angry resident told WPIX that drug addicts openly inject themselves in full view of the schoolchildren walking to the school in the morning.

Here’s more about the needle crisis in New York City: