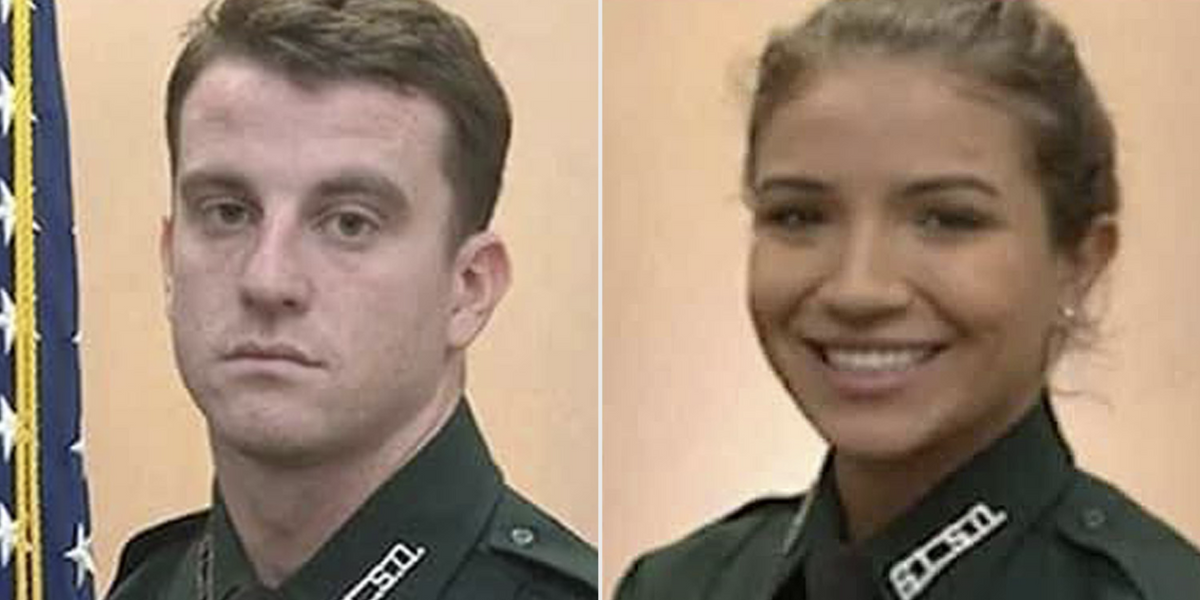 The 1-month-old son of two Florida sheriff’s deputies is now an orphan after both of his parents committed suicide within days of each other.

St. Lucie County Deputy Clayton Osteen, 24, reportedly attempted to take his own life shortly before midnight on New Year’s Eve. He was allegedly transported to a local hospital to treat his injures. On Jan. 2, Osteen’s family “made the very difficult decision to remove him from life support,” according to the St. Lucie County Sheriff’s Office.

“As sheriff, I saw these two deputies as young, ambitious, and a great compliment to my already amazing group of professionals,” Sheriff Ken J. Mascara said of the couple. “To the general public, and sometimes even myself, it’s easy to view law enforcement as superhuman … but let’s not forget that they’re human just like us.”

“Law enforcement deal with not only the day-to-day stress we all face but also the stress of those whom they serve in our community, which can sometimes be very challenging,” he noted.

“While is it impossible for us to fully comprehend the private circumstances leading up to this devastating loss, we pray that this tragedy becomes a catalyst for change, a catalyst to help ease the stigma surrounding mental well-being and normalize the conversation about the challenges so many of us face on a regular basis,” Mascara said in the press release. “Words cannot express the tremendous loss we all feel after losing these two members of our Sheriff’s Office family.”

On Wednesday, grief counselors spent several hours at the law enforcement agency, according to WPTV-TV.

Osteen served in the United States Marine Corps and led infantry Marines. Osteen joined the St. Lucie County Sheriff’s Office in 2019, was a SWAT team member, and was named Deputy of the Year in 2020.

Osteen and Pacheco welcomed their son Jayce Osteen into the world on Nov. 22, 2021.

Kelly Ridle – the mother of a sheriff’s deputy who worked with Osteen and Pacheco – created a GoFundMe campaign to raise funds for the newly orphaned baby Jayce. “A close family member will be adopting Jayce,” according to the GoFundMe page.