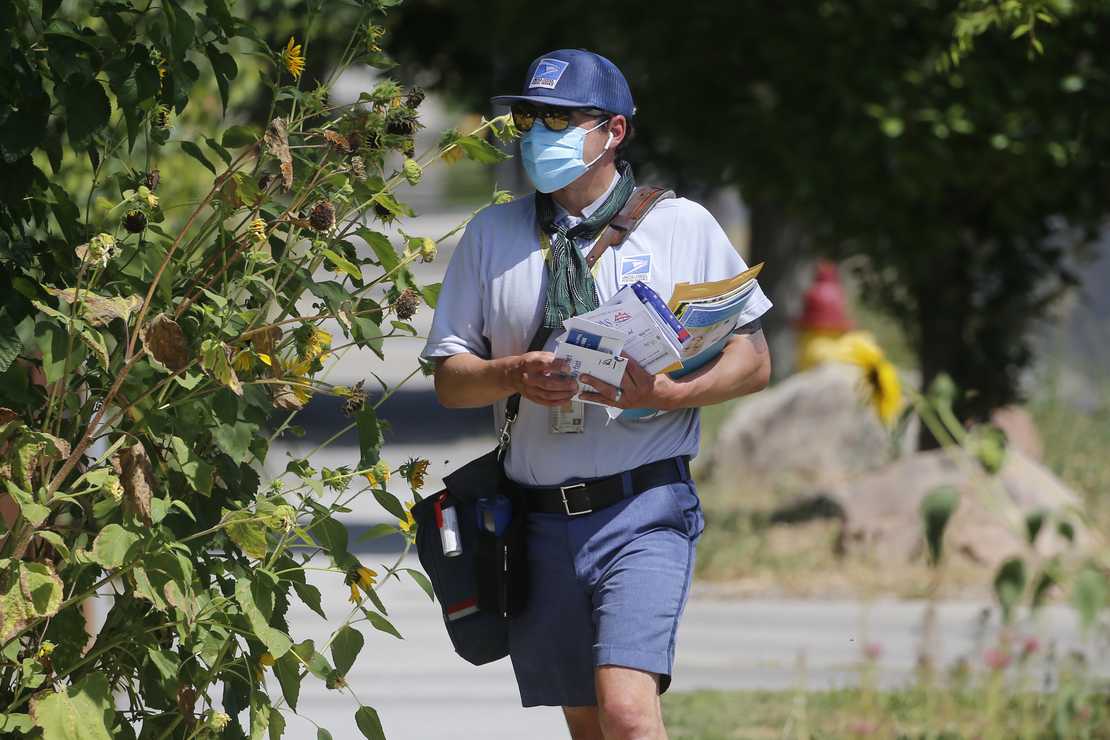 After being critical to the Democrats’ strategy for winning the 2020 election, the United States Postal Service (USPS) is now anticipating huge problems complying with the Biden administration’s vaccine mandate and is requesting a temporary waiver. Biden’s mandate requires companies with over 100 employees to be fully vaccinated against COVID-19 or submit to weekly COVID tests.

In a letter to the Occupational Safety and Health Administration (OSHA), Deputy Postmaster General Douglas Tulino warned that the mandate “is likely to result in the loss of many employees — either by employees leaving or being disciplined — particularly given the higher level of temporary employees at this time of year.”

“We respectfully suggest that the nation cannot afford the additional potential substantial harm that would be engendered if the ability of the Postal Service to deliver mail and packages is significantly negatively impacted,” Tulino continued. “Given our essential role to the nation, particularly during these challenging times, we believe that it is critical to avoid disruption to our vital operations. For that reason, we are seeking temporary relief from the ETS and maintenance of the status quo on an interim basis.”

Postal Service spokeswoman Darlene Casey said in a statement to Fox News that the USPS wants the temporary waiver “to ensure that its ability to deliver mail and packages is not hindered amid the current disruptions in the nation’s supply chain,” and that they would adopt policies and procedures to otherwise comply with OSHA COVID-19 standards.

It’s ironic to see the USPS warning about disruption in service because of Biden’s vaccine mandate. A year and a half ago, Democrats were accusing Trump of trying to undermine the 2020 election by “defunding” the USPS and removing collection boxes as part of a grand scheme to suppress the vote during an election, as many people were expected to vote via mail because of the pandemic. And now, Democrats are the ones threatening the mail service from functioning at their normal level of disfunction.

Also for Our VIP Subscribers: The Tide Has Turned Against Federal Vaccine Mandates

The conspiracy theory was debunked, but the left refused to listen. Even Joe Biden joined in on spreading the disinformation. In June 2020, Biden claimed that Donald Trump wanted “to cut off money for the post office so they cannot deliver mail-in ballots.”

It’s funny how things have changed. Democrats desperately wanted a mail-in election in 2020, and the mainstream media endlessly parroted their accusations against Trump. Democrats repeated the conspiracy theory during the Democratic National Convention.

In the end, it was Joe Biden who threatened the functioning of the United States Postal Service, not Donald Trump. But, of course, it’s always the Democrats’ narrative that goes mainstream.

Florida Man Angry at Post-Stelter CNN: ‘The Other Side Shouldn’t Be Given a Voice’
CBS Reports on Two Million Migrant Encounters, ABC & NBC Ignore
Man pleads guilty to making a dozen Molotov cocktails for plot to burn down Seattle police union building. He faces 10 years in prison.
‘COPS’ Returning to Television After Being Cancelled During Black Lives Matter Riots Over George Floyd
Two armed men try breaking down home’s door, get greeted by armed homeowner. One crook gets away; the other is found shot dead on porch.