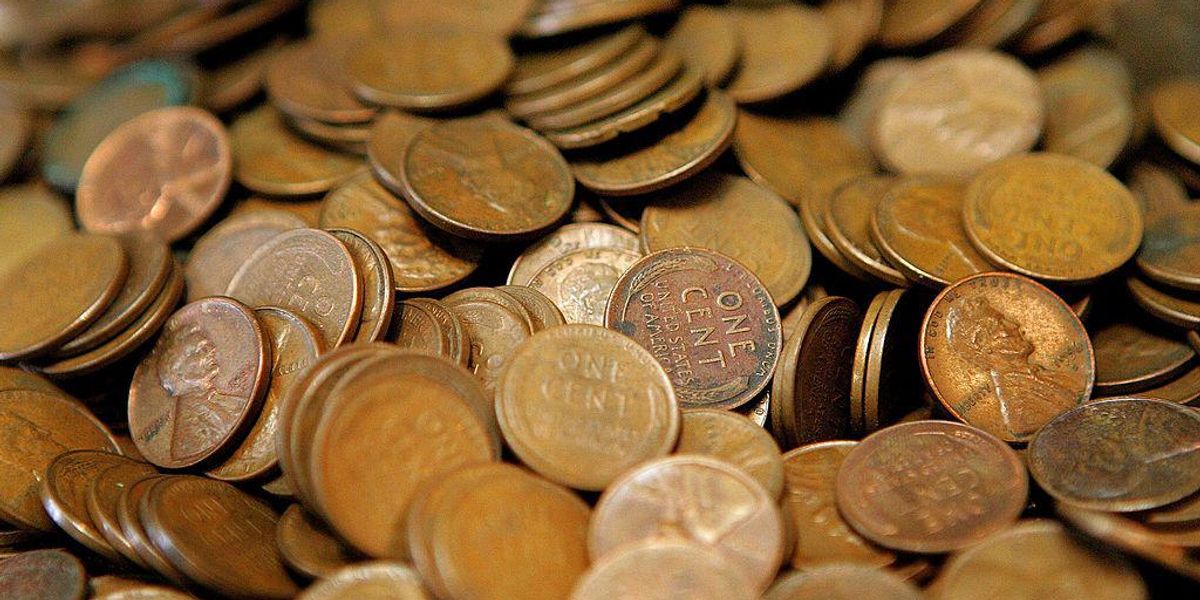 A Georgia auto repair shop owner who paid a former employee in pennies faces a lawsuit from the U.S. Department of Labor for what the government says was an illegal act of spite.

Andreas Flaten of Fayetteville, Georgia, left his job at A OK Walker Autoworks in November 2020 but had a dispute with his former employer, owner Miles Walker, over his final paycheck. It wasn’t until mid-March that Flaten received the $915 he was owed — in the form of more than 91,000 oil-covered pennies dropped off on his driveway.

Flaten told WAGA-TV last March that the pennies came with a note that said “f*** you” and contained his last pay stub.

According to the Labor Department, that act constituted illegal retaliation. Further, a complaint filed in federal court accuses Walker of “repeatedly and willfully” failing to give workers overtime pay when they worked more than 40 hours per week. The complaint was reported by Business Insider.

The complaint says that in January 2021, Flaten contacted the government and reported that his ex-boss had not paid him $915 he was owed. A representative from the Labor Department’s Wage and Hour Division then contacted Walker on Jan. 27, 2021, and asked about the missing paycheck. The government alleges that Flaten’s former employers initially refused to pay him what he was owed — not a single penny.

But hours after the Labor Department got in touch with the auto shop, Walker, the owner, decided Flaten would be paid every red cent, literally.

“How can you make this guy realize what a disgusting example of a human being he is? … You know what? I’ve got plenty of pennies; I’ll use them,” Walker stated, according to the lawsuit.

The complaint said that Walker left approximately 91,500 pennies on Flaten’s driveway and that “on top of the pile of pennies, Defendants left a copy of Mr. Flaten’s last paycheck with an expletive written on the outside.”

Flaten claims that the pennies were covered in some sort of grease, telling media outlets that he had to spend hours cleaning the tens of thousands of coins before being able to spend them. The auto shop owners deny doing anything other than paying Flaten what he was owed in legal U.S. currency.

But the Labor Department says the employer’s actions were illegal.

“An employee has a right to understand what their rights are and to ensure they are being paid properly. Any time they inquire the employer, whether it be verbally or in writing or even contacting our office, that employee has a right to not be retaliated against or discriminated against,” Steven Salazar, the district director with the U.S. DOL Wage and Hour Division, said.

Salazar also told WAGA that Walker owes an estimated $37,000 in back wages and liquidated damages. He said Walker has failed to keep records required under the Fair Labor Standards Act.

“Record keeping, which means they’re tracking the actual hours employees are working and making sure they’re paying them in compliance with the minimum wage which is $7.25 an hour under federal law for all hours worked. Then overtime, premium pay for hours worked over 40 hours in a workweek. So without maintaining proper records, how is the employee expected to be paid properly?” Salazar said.

The Labor Department’s investigation into Walker’s books appears to have been prompted by Flaten’s initial complaint last January.

“I honestly didn’t think anything would be done,” Flaten told Business Insider in an interview. He said he had no expectations that the government would do anything and has been pleasantly surprised that laws designed to protect workers from abuse are being enforced. Flaten said other workers dealing with unfair bosses shouldn’t hesitate to file complaints when appropriate.

“They definitely should not be scared to reach out,” he said. “Speak up. Don’t be quiet about it. Because if you’re quiet about it, it’s just going to continue to happen to you and everybody else.”

NY Times: ‘Failing’ Jewish Schools, But Memorizing Koran ‘the Way to Heaven’
Man allegedly sent his mom to pay for 3 rape victims to be murdered before they could testify, but hitman was an undercover cop
Weather weapons are targeting human infrastructure, aiming for Extinction Level Event (ELE) via mass famine and collapse
Las Vegas police capture at-large bomber who used battery acid and dummy to make movie-like prison escape, correctional officers didn’t know about jailbreak for days
Awkward: Bill Clinton Tells CNN “There is a Limit to How Many Migrants Any Society Can Take”