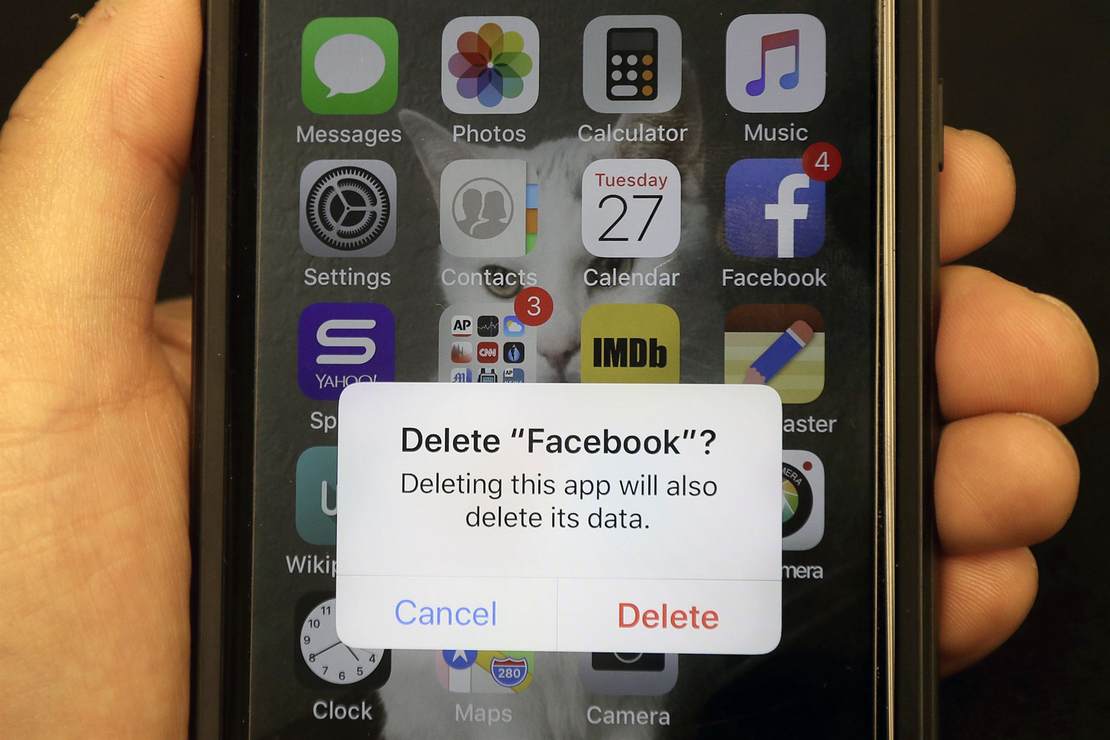 Social media, which many thought would bring the world closer together, has instead torn us apart.

Last year an NBC News poll found that 64% of Americans say that social media platforms like Facebook and Twitter do more to divide the nation than bring it together. Both Democrats and Republicans agreed, but Republicans were far more likely to acknowledge the divisive nature of social media. This makes perfect sense. Liberals, despite claiming unparalleled tolerance, are more likely to unfriend you over politics, both on social media and in real life.

The social media platforms of big tech have ceased to be the new frontier of the public square, and a political divorce on social media is currently underway. The liberal media, however, doesn’t seem to understand what’s happening.

For example, last month, Axios mocked the conservative exodus from popular social media platforms, accusing the right of building their own echo chambers. “Conservative media has been a powerhouse for a long time,” Axios argued, “but this phase of its expansion isn’t just about more or louder conservative voices — it’s about building an entire conservative ecosystem.”

Indeed, that appears to be happening. Conservatives are ditching Facebook and Twitter and flocking to alternative social media platforms. Why is this happening? It’s not because Republicans desire an echo chamber; it’s because liberals do. Big tech has been systematically turning their once-thriving social media platforms into liberal safe spaces where conservatives cannot speak or earn money. Heck, you can’t even say Rachel Levine is a man without getting suspended from Twitter.

The left’s aversion to opposing viewpoints on social media has manifested itself by banning conservative figures and censoring conservative views from social media platforms. Sometimes the hostile environment created by the left prompts people to leave of their own accord. In the past week, Sen. Rand Paul (R-Ky.) announced he was ditching YouTube in favor of Rumble, a free-speech alternative to YouTube; and influencer Joe Rogan joined GETTR, a free-speech alternative to Twitter, and half a million of his followers went with him.

“Big Tech companies that once prided themselves on facilitating the free flow of information and their commitment to liberal democracy are now routinely censoring users and content,” writes GETTR founder and CEO Jason Miller. “Platforms that once had great potential to hold governments accountable have allowed themselves to become the government’s speech enforcement arm. As a result, an industry that once promised to upend the media landscape has become entrenched in it.”

And the appeal isn’t just for conservatives either. Former Democrat congresswoman and presidential candidate Tulsi Gabbard joined GETTR this week.

“Millions of social media users on both sides of the aisle want more freedom online, yet it’s becoming clear that Big Tech isn’t listening,” notes Miller. “We are, which is why social media disruptors ended 2021 in an incredibly strong position and are beginning 2022 even stronger.”

I’ve also joined GETTR. When Donald Trump’s platform, TRUTH Social, launches (allegedly next month), I’ll join that too. Social media is the primary way writers like myself share their work, and when we get censored by Facebook and Twitter, and others, we look for alternatives. Not because we want to, but because the left pushes us out.