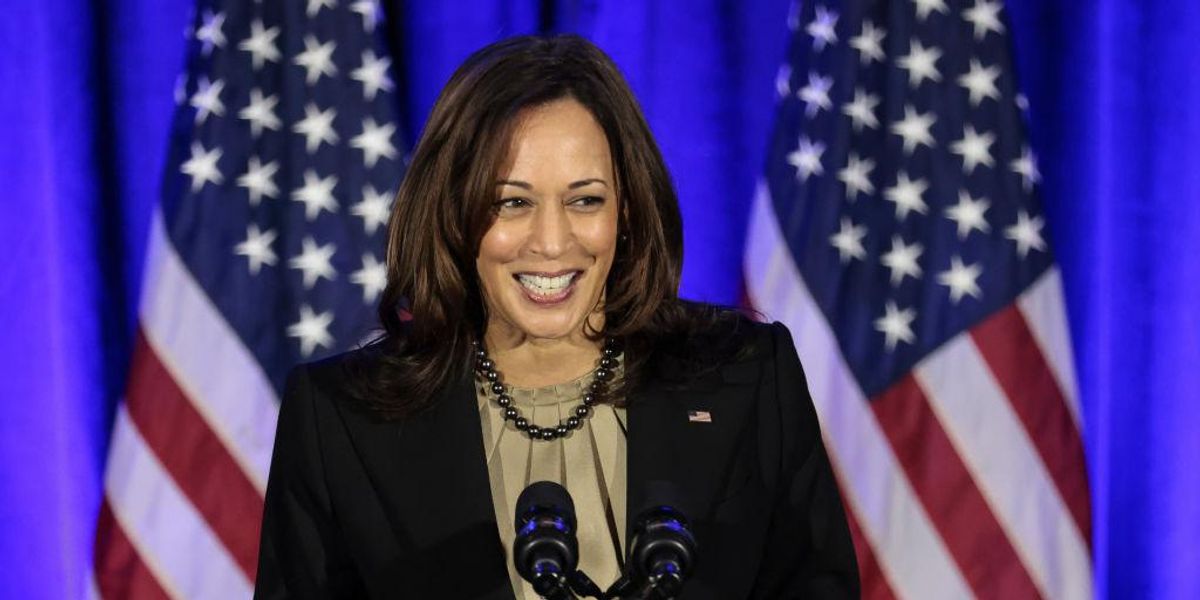 Last January, Cheney issued a statement attributing blame for the violent and chaotic Jan. 6 episode to then-President Donald Trump. In part of that statement, she declared that Trump “summoned this mob, assembled the mob, and lit the flame of this attack.”

Judy Woodruff of PBS read Cheney’s quote and asked Harris whether the lawmaker was correct.

“Yes,” Harris said. “I applaud her courage to speak truth.”

Cheney, who was one of 10 House Republicans to vote in favor of impeaching then-President Trump in the wake of the Jan. 6, 2021 Capitol riot, has been an outspoken Trump critic, and was ousted last year from her role as House Republican Conference chair.

The lawmaker from Wyoming is one of the only two Republicans members on the select committee tasked with investigating the Jan. 6 episode.

WATCH: Vice President Kamala Harris tells @JudyWoodruff that she applauds GOP Rep. Liz Cheney’s courage in trying to hold former President Trump accountable for the Jan. 6 attack u2014 one of few Republicans to do so.nn”These are moments where we must speak truth,” Harris says.pic.twitter.com/IL6EHKG9Oz

During a speech marking the one-year anniversary of Jan. 6, 2021 on Thursday, Harris drew a parallel between that day and two other infamous dates in the nation’s history, namely, the date the Japanese attacked Pearl Harbor during World War II and the date of the 9/11 terror attacks.

“Certain dates echo throughout history, including dates that instantly remind all who have lived through them where they were, and what they were doing, when our democracy came under assault,” Harris said. “Dates that occupy not only a place on our calendars, but a place in our collective memory: December 7th, 1941, September 11th, 2001, and January 6th, 2021.”

Why Can’t All Republicans Be More Like Ron DeSantis?
Report casts doubt on achievements of Shaun King’s leftist nonprofit, which paid him generous six-figure salaries
World War III has already begun, but the truth is being withheld from the public until the very last moment
Liberals are melting down over ‘character building’ video posted by Lara Trump of her son in rain from Hurricane Ian
As menacing storm approaches Florida, Rachel Vindman tweets, ‘We should use they/them pronouns for hurricane Ian to annoy DeSantis’