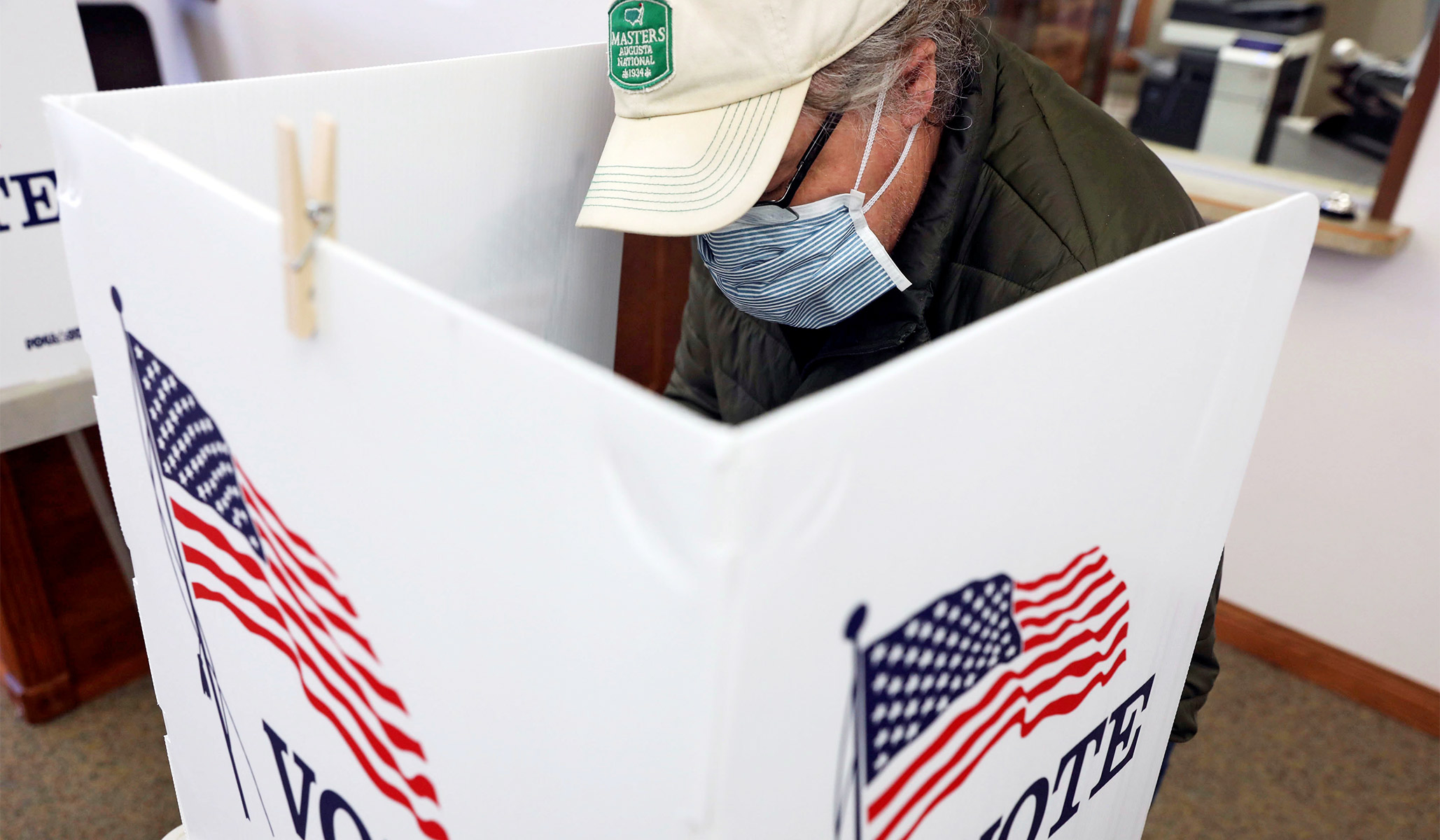 As my column Wednesday noted, Republicans are on the verge of gaining the upper hand on the issue of reforming the Electoral Count Act of 1887 to eliminate perceived ambiguities and weaknesses that were exploited by Donald Trump in 2020 and could be exploited by Trump or other unscrupulous candidates of either party in the future. You can add Raphael Warnock to the list of Democrats spooked by the possibility that Mitch McConnell could support a standalone ECA reform bill:

Sen. Raphael Warnock called a standealone bill to reform the Electoral Count Act “a distraction” and “a cynical political maneuver by people who trying to rig the elections of our country,” per @elwasson

Voices on the right against this strategy have been singularly unpersuasive. A pair of screeds by Scott McKay and Ali Alexander at the American Spectator assert, mainly, that nobody should ever work with Democrats on anything, and that anybody who proposes legislation that requires Democratic votes must be a bought-off stooge. Alexander, who spends most of his column on Democrats’ voting and elections proposals, includes only a tossed-off ad hominem that “the establishment Republican commentariat is attempting to sell the Electoral Count Act to GOP lawmakers looking to beef up cocktail party invites.” As if cocktail parties are a thing that even happens in 2022. There certainly aren’t a lot of those where I live on Long Island.

McKay, who complains that we support “revision of the Electoral Count Act of 1877” — his error, not mine — argues, first, that Democrats would not comply with the existing ECA, even though Mike Pence did:

It isn’t wrong to say that Pence lacked the legal basis to contest the election results on January 6 when they came to him, though one might very well surmise that were the roles reversed in, say, 2012, Vice President Joe Biden would have hesitated not at all to declare them invalid.

That’s the point of wanting the law to be clear and binding on both sides. He then complains that ECA reform would reduce the power of state legislatures:

The entire point of designating state legislatures, in the Constitution, as the arbiters of election process and results is to give the responsible public officials closest to the people the power to run this show….[Rich] Lowry and his people at National Review…can’t actually believe that tying the hands of those legislators in the event we get even more pronounced irregularities in a Philadelphia or Atlanta is a good idea. Why on earth would Republicans agree to this, much less propose it?

This misunderstands the distinction between making laws and executing them. Legislatures get to decide the rules under which presidential elections are to be held. As the Constitution is written, they can even decide not to hold them at all. But having decided to hold an election, they then hand the job to state executive officials to carry out the running of elections and the evaluation of election contests in the first instance. If those officials fail to abide by the law, it falls to the courts to adjudicate disputes. This is how the separation of powers is supposed to operate in any area, not just elections.

McKay also complains that a standalone bill is impossible to negotiate with Democrats:

Quick — name the last time there was a “clean standalone bill” for anything Republicans found to be good policy after Democrats got through with it! Where do these people come up with this? Yes, Republicans are mistrustful of “bipartisan” legislation when negotiating with Chuck Schumer and Nancy Pelosi, or for doing deals with Joe Biden’s handlers. Even Joe Manchin and Kyrsten Sinema are loath to do that.

Well, yes, Democrats are often not trustworthy negotiating partners, and when it comes to gigantic, omnibus bills, it is often better not to even open the discussion. But since when do we believe that it is impossible for legislators to make demands, then read a bill to see if it meets their demands, then vote against it if it doesn’t? This isn’t some lost medieval trade we’re talking about. It’s what Republican state legislators do every day. And as I’ve explained, if Republicans make clear demands and Democrats refuse to meet them, the entire exercise is a political win for Republicans.

I won’t insult the reader’s intelligence by quoting the rest of McKay’s column.

It is true, of course, that ECA reform is not a cure-all; there will always be those who challenge the constitutionality of any congressional enactment, including its power to bind a subsequent Congress. But the law held in 2020. Strengthening it will narrow the paths for future mischief. And making a sincere attempt to strengthen it, and being rebuffed by the Democrats, would be a useful way of clarifying the cynicism of Schumer, Pelosi, and Biden.