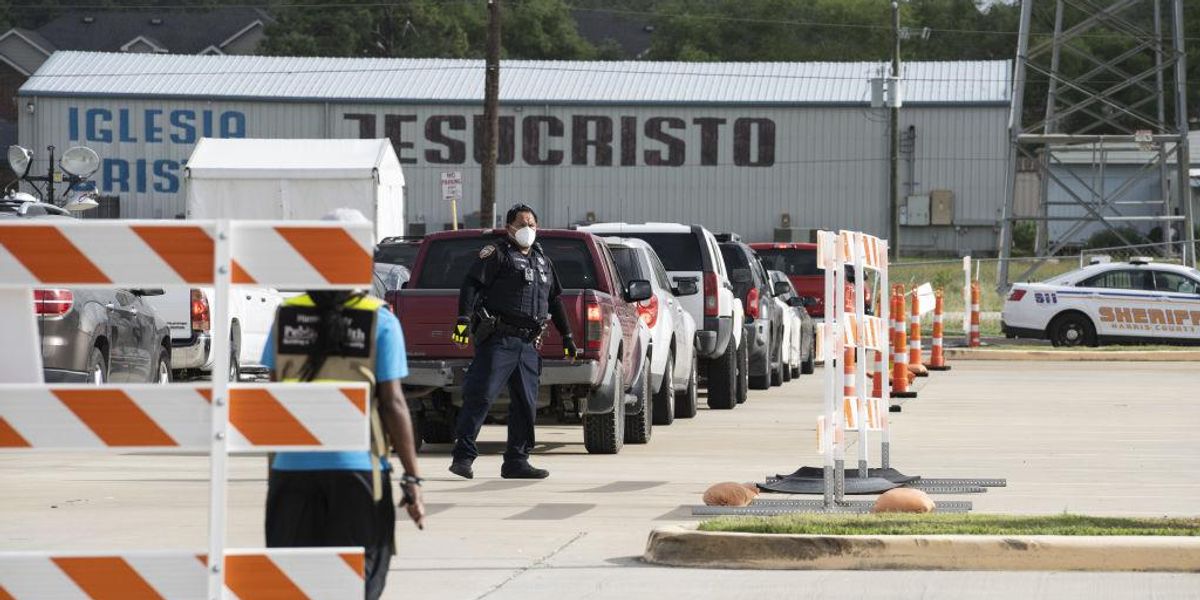 A Texas mother has been charged with endangering a child after her 13-year-old son was reportedly found in the trunk of her car while she was in line to get a COVID-19 test. A warrant has been issued for Sarah Beam — a 42-year-old teacher at Cypress Falls High School in the Houston area, according to KTRK-TV.

Beam took her 13-year-old son to a drive-thru COVID-19 testing site at Pridgeon Stadium on Jan. 3, according to court documents.

“A CFISD employee who was gathering information from people in line said Beam told her the boy was in the trunk because she didn’t want to be exposed to the virus,” KHOU-TV reported.

Citing charging documents, KRIV-TV reported, “Beam said her child was in the trunk because they had previously tested positive for COVID-19 and as a result, wanted to ‘prevent her[self] from getting exposed to possible COVID while driving [the child] to the stadium for additional testing.'”

The employee at the COVID-19 testing site asked the mother to open the trunk, and confirmed that the boy was stashed away there, according to court documents.

The testing site employee purportedly informed Beams that she “would not be receiving COVID testing until the child was removed from the trunk of the vehicle and place[d] in the back seat of the vehicle.”

Surveillance footage allegedly shows the child getting out of the trunk of the car and entering the rear passenger side of the vehicle.

The employee then alerted Cy-Fair ISD police of the situation, and also provided authorities with a description of the woman and her license plate number.

“CFPD was alerted that a child was in the trunk of a car at a drive-thru COVID-19 testing site earlier this week,” a Cy-Fair ISD statement to Fox News said. “Law enforcement conducted a full investigation, resulting in a warrant for arrest.”

The child was reportedly not harmed.

Beam has been a Cy-Fair ISD employee since 2011. She has been placed on administrative leave.

Politico’s founding editor calls for rewriting of Constitution to prevent 2024 Trump win
WATCH as the Health Ranger interviews border security operator about using satellite comms to help secure the US border
NY Times Alarmed By GOP Spreading ‘Racist Fears’ About Soft-on-Crime Democrats
Where are American Feminists During the Biggest Women’s Rights Protests Ever in the Muslim World?
Why Georgia and Nevada Are Key to a GOP Senate Majority