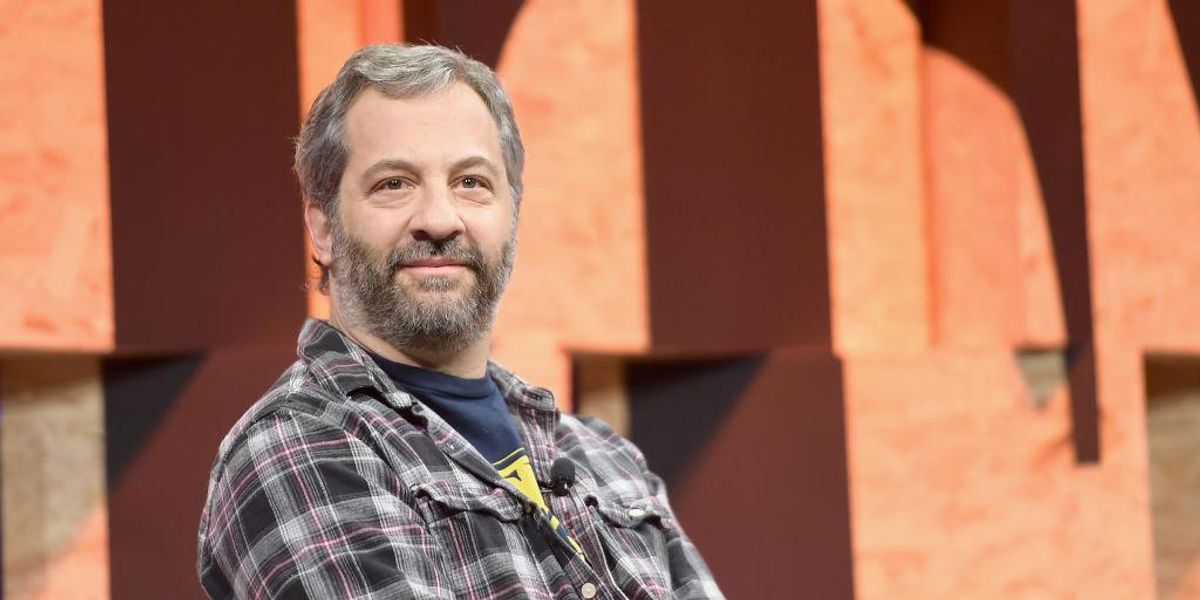 Hollywood writer Judd Apatow called for the Federal Communications Commission to revoke the license of Fox News. However, the plea to censor the most popular cable TV news network was met with thunderous resistance. Apatow’s request to silence Fox News was ridiculed so severely that the former stand-up comedian deleted his tweet.

On Saturday night, Apatow wrote on Twitter, “Why doesn’t the FCC take away the license of Fox News?”

By Sunday morning, Apatow had deleted the tweet calling for the censorship of Fox News. Reactions on Twitter lambasted the Hollywood director for allegedly attempting to encourage a government agency to stifle speech that he doesn’t like.

Independent journalist Glenn Greenwald: “Wanting the state to silence one’s adversaries is pervasive across time and culture — that’s why the 1st Am banned it — but until recently, people were embarrassed to explicitly advocate it. But in US liberal culture, censorship is now so normalized that this is no longer odd: That’s all independent of the legal inanities in Apatow’s demand as it pertains to the FCC’s powers and the like. That’s just standard ignorance. Most notable is how common it is among Dems to crave a union of state and corporate power brute censor one’s political adversaries. Again: it is bizarre — surreal — that the people who have convinced themselves they are fighting fascism in the US vehemently demand a union of state and corporate power to silence their enemies. A fanatic, by definition, believes all their tactics are inherently just.”

City Journal writer Christopher F. Rufo: “The same reason they don’t take away your license to make movies: the constitution.”

Newsmax host Carl Higbie: “The first amendment for one… and cause it’s the most popular news station for two…”

Professor, author, and evolutionary psychologist Geoffrey Miller: “Why not just take away the First Amendment, you totalitarian ghoul?”

Congressional candidate Robby Starbuck: “First of all the there’s no FCC license that can be taken. Secondly what you’re really asking is ‘why won’t the state shut down news I don’t agree with?’ and the answer is in our constitution. I highly suggest you read it. As much as I hate CNN, they’re free to air their lunacy.”

Cartoonist Scott Adams: “Judd, I report on the fake news from CNN almost every day, with clear examples. They are all the same.”

National Review senior writer Charles C. W. Cooke: “One reason is that Fox doesn’t have, or need, an FCC license.”

Cable television system operators generally make their own selection of channels and programs to be distributed to subscribers in response to consumer demands. The Commission does, however, have rules in some areas that are applicable to programming – called “origination cablecasting” in the rules – that are subject to the editorial control of the cable system operator. The rules generally do not apply to the content of broadcast channels or to access channels over which the cable system operator has no editorial control.

Regarding the broadcast of false information, the FCC notes:

The FCC prohibits broadcasting false information about a crime or a catastrophe if the broadcaster knows the information is false and will cause substantial “public harm” if aired.

FCC rules specifically say that the “public harm must begin immediately, and cause direct and actual damage to property or to the health or safety of the general public, or diversion of law enforcement or other public health and safety authorities from their duties.”

The FCC is prohibited by law from engaging in censorship or infringing on First Amendment rights of the press. It is, however, illegal for broadcasters to intentionally distort the news, and the FCC may act on complaints if there is documented evidence of such behavior from persons with direct personal knowledge.

This isn’t the first time Apatow has attacked Fox News. In 2018, Apatow attempted to get Tucker Carlson’s show canceled over statements regarding illegal immigration. “The 40-Year-Old Virgin” director personally sent messages on Twitter to companies who advertise on the “Tucker Carlson Tonight” show, including Pfizer and Subaru.

“Hey @pfizer — what does it say about your company and your moral positions if you advertise on @tuckercarlson’s show? He and @FoxNews get rich off of dividing our country and spewing lies and hate at immigrant communities who are just trying to survive. Maybe choose another show,” Apatow wrote to the pharmaceutical behemoth.

He tweeted at automaker Subaru, “Hey @subaru_usa – why would you continue to advertise on @TuckerCarlson’s show when he spews so much racism and hate? How does that reflect the values of your company? There must be other shows you can advertise on which are not destructive to our country.”

Hey @pfizer – what does it say about your company and your moral positions if you advertise on @tuckercarlsonu2019s show? He and @FoxNews get rich off of dividing our country and spewing lies and hate at immigrant communities who are just trying to survive. Maybe choose another show.

Hey @subaru_usa – why would you continue to advertise on @TuckerCarlsonu2019s show when he spews so much racism and hate? How does that reflect the values of your company? There must be other shows you can advertise on which are not destructive to our country.

Despite calling for the FCC to censor Fox News, Apatow has made off-color comments during television appearances. In 2019, author and columnist Mandy Stadtmiller created a video compilation of Apatow making outlandish remarks, many of which were said during appearances on broadcast and cable TV.

Stadtmiller explains why she made the compilation video:

In the past few years, the Hollywood director has increasingly targeted comedians, TV broadcasters, personalities and specific jokes that he finds offensive. But what about his own past? His old stand-up includes him mocking vulnerable kids, joking about having sex with family members, making fun of going on a shooting spree and saying on stage: “I’m not a racist; I’m a sexist.” Not to mention his own history of creating raunchy comedies and his history with young actors and women, in particular Katherine Heigl, whose career never recovered after Apatow viciously mocked her on “Howard Stern” for daring to call “Knocked Up” a “little bit sexist” to a reporter.

[embedded content]
Does Judd Apatow deserve to be cancelled?