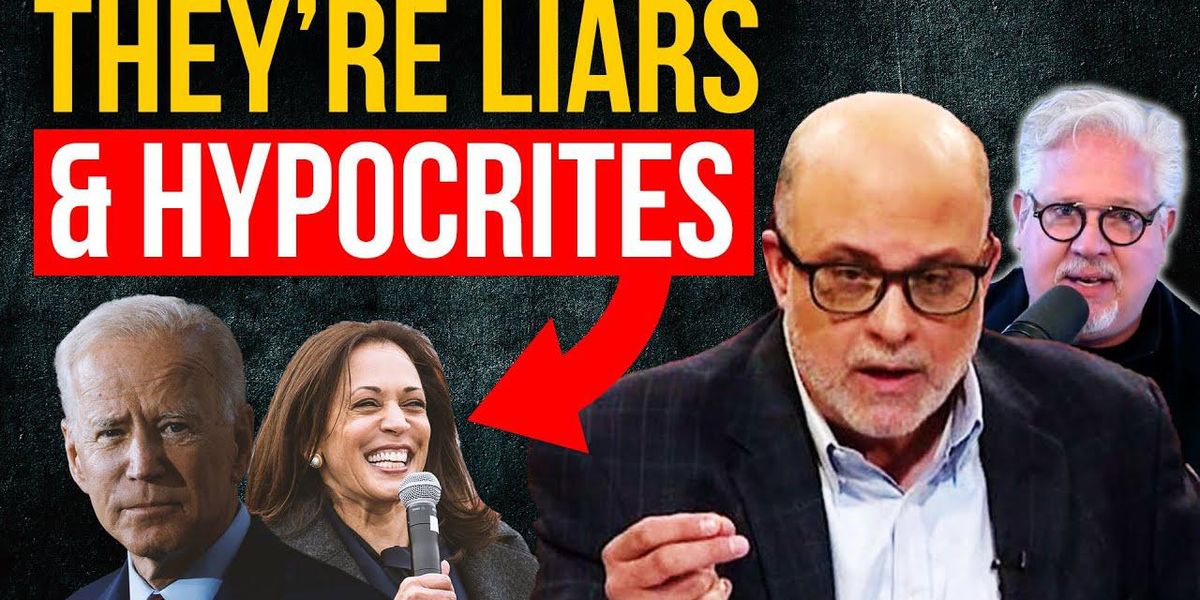 Vice President Kamala Harris made just herself even more unlikeable by comparing January 6th, 2021, to Pearl Harbor and September 11th. It shows exactly what we’re dealing with here and why the Democrat Party currently is America’s biggest problem, BlazeTV’s Mark Levin told Glenn Beck on the radio program Friday.

“She’s such a phony,” Levin said of Harris. “It’s just unbelievable, to compare this to Pearl Harbor, and 9/11, and stuff like this. Is absolutely unbelievable. Outrageous … and these are same people who celebrated the riots and Black Lives Matter and all. We don’t need lessons from them. This whole thing is a kind of cover-up for [House Speaker Nancy] Pelosi, who didn’t do what she should have done to protect that Capitol building. And have you ever seen a more repugnant or repulsive person than Liz Cheney? Seriously, just grotesque.”

Glenn played a clip from President Joe Biden’s speech on the anniversary of the Jan. 6 Capitol riot in which he blamed the “insurrection” on former President Donald Trump by “creat[ing] and spread[ing] a web of lies about the 2020 election.”

Glenn then played a video montage of numerous Democrats, including then Sen. Kamala Harris, crying foul over elections lost to Republicans.

“They cannot handle losing a single time,” Glenn said. “And they’re now blaming the ‘insurrection’ on this president [Trump] for questioning the outcome.”

“There’s no question about it,” Levin agreed. “When their people blew up the Capitol building in 1954, Jimmy Carter ultimately pardoned them. And when the Weather Underground, blew it up in 1971, Clinton ultimately pardoned them, and one of the ringleaders was Obama’s buddy, Bill Ayers. They attacked the Pentagon and blew that up. And they blew up the State Department. And they circled back in 1983 and hit the Capitol building again….”

“They’re liars and hypocrites. The greatest problem we have in this country is the Democrat Party. Whether it’s slavery, or segregation, or Jim Crow, or now it’s ‘democratic socialism,’ they never embrace Americanism. This party has been a poison, a cancer on the groin of American politics.”

Watch the video clip below to catch more of the conversation:

Florida Man Friday: The Heroes of Hurricane Ian
5 ‘bad actors’ in IRS stole COVID relief money, spent it on trips to Vegas, shopping sprees: Report
DEACE: EPIC montage packed with headlines that are almost TOO cringe to watch
I Know the Woke Military’s Dirty Little Secret
Awkward: Bill Clinton Tells CNN “There is a Limit to How Many Migrants Any Society Can Take”