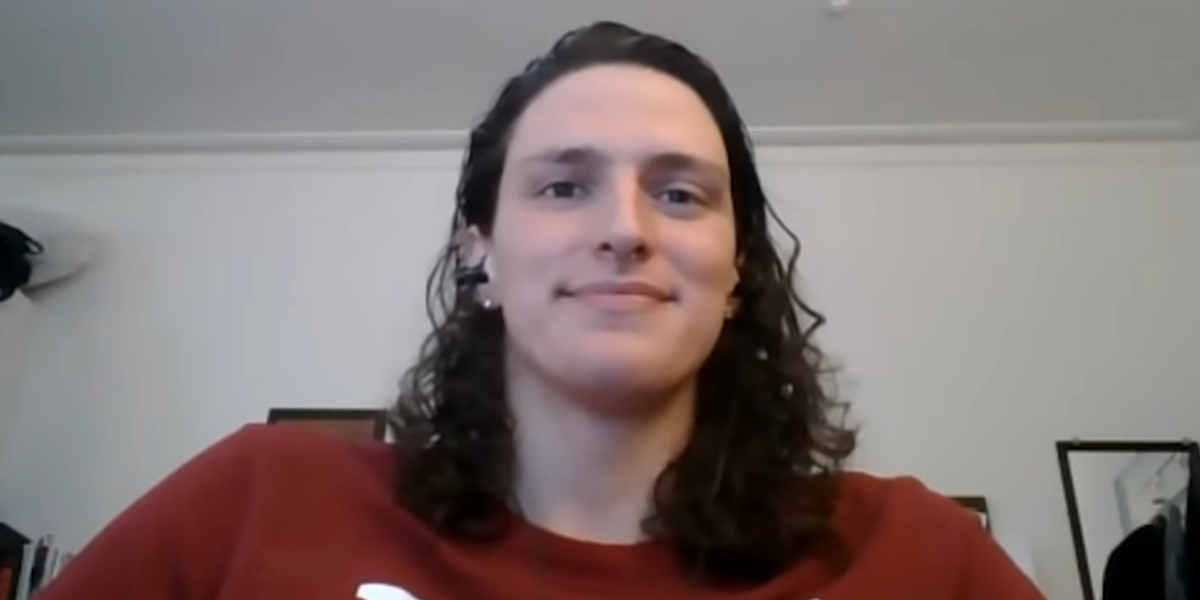 University of Pennsylvania swimmer Lia Thomas – who is transgender – was defeated by a swimmer from Yale University – who is also a transgender individual. The unusual showdown happened during an Ivy League tri-meet between UPenn, Yale, and Dartmouth on Saturday.

Thomas – a biologically male swimmer – had been smoking the female competition while competing as a transgender athlete. This year, Thomas has obliterated several UPenn and Ivy League women’s records while competing as a female. During the 1,650-yard freestyle race at the Zippy Invitational Event in Akron, Ohio, Thomas annihilated the second-place finisher by a whopping 38 seconds.

However, the 22-year-old Thomas met her match on Saturday against Iszac Henig from Yale University. Like Thomas, Henig is a transgender swimmer. However, the 20-year-old Henig is a biological female transitioning to a male. Henig came out to coaches and teammates in April 2021.

In June, Henig wrote in a New York Times column that he wasn’t taking hormones to continue to compete in women’s swimming.

“As a student-athlete, coming out as a trans guy put me in a weird position,” Henig wrote. “I could start hormones to align more with myself, or wait, transition socially, and keep competing on a women’s swim team. I decided on the latter.”

“I value my contributions to the team and recognize that my boyhood doesn’t hinge on whether there’s more or less testosterone running through my veins,” he continued. “At least, that’s what I’ll try to remember when I put on the women’s swimsuit for the competition and am reminded of a self I no longer feel attached to.”

Henig easily defeated the competition in the women’s 100-meter freestyle with a time of 49.57 seconds. Thomas finished fifth with a time of 52.84 seconds. In the 400-freestyle relay, Henig completed his leg in 50.45 seconds versus Thomas’ 51.94.

The Daily Mail reported what happened following Henig’s big win, “After the race, the 20-year-old, who has had his breasts removed, pulled down the top of his swimsuit.”

An anonymous UPenn parent told the Daily Mail, “I wasn’t prepared for that. Everything is messed up. I can’t wrap my head around this. The NCAA needs to do something about this. They need to put science into the decision and discussion.”

This week, the University of Pennsylvania and the Ivy League issued statements supporting the inclusion of transgender swimmers in women’s competitions.

UPenn’s next meet on Jan. 22, against Harvard.