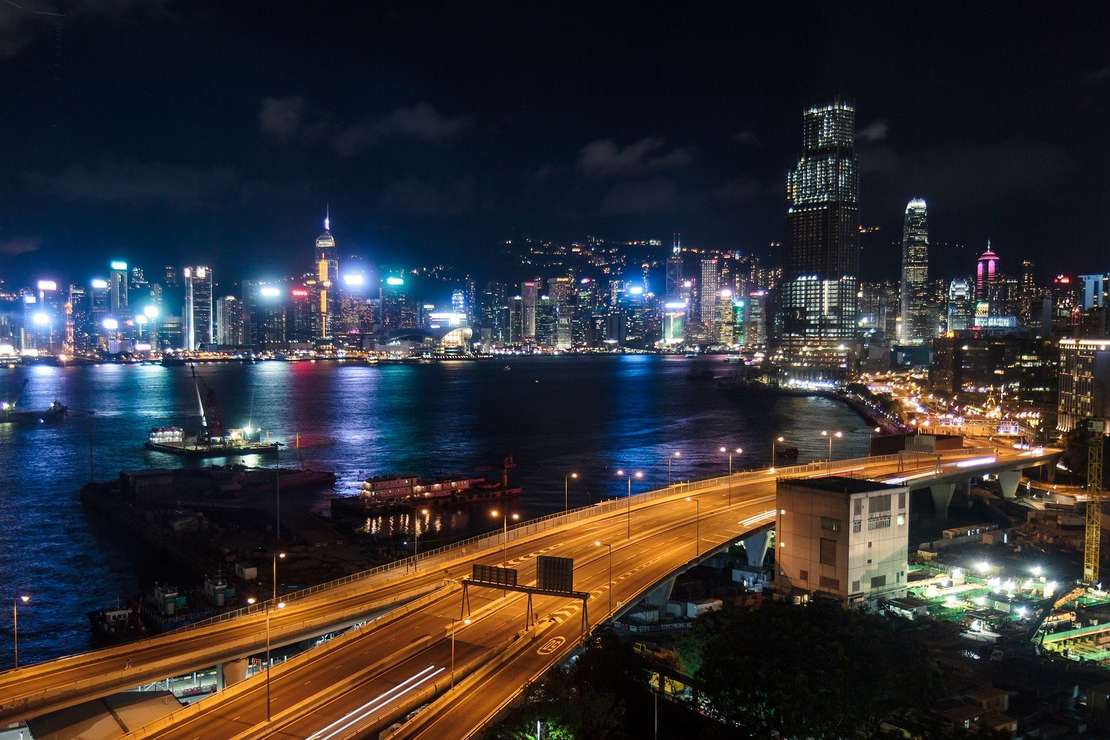 Pro Publica’s Caroline Chen is back from a visit to Communist-run Hong Kong, which she described as feeling like “a different planet” under the stringent new anti-COVID lockdown rules that she writes “envelop the city like a protective bubble.”

Chen describes the once-thriving Hong Kong airport — where she was greeted and tested and ordered around by “gowned, gloved and masked workers” — as “eerily still.”

You’d think a story like this one is from the early months of 2020 when COVID-19 was still poorly understood. But no. Chen’s tale is a Christmas story.

She was traveling home to see her parents but would have to wait three whole weeks after her arrival to see them. Despite an airport testing procedure straight out of a dystopian sci-fi novel, Chen was forcibly detained in her hotel under the city’s Compulsory Quarantine Order.

The hotel’s quarantine instruction booklet warned, “Leaving the room will be treated as breaching of the quarantine order. Offenders will be referred to the police without prior warning. Breaching the quarantine order is a criminal offence and offenders are subject to a maximum fine of HK $25,000 [about $3,200] and imprisonment for six months.”

It could have taken Chen four days just to reach confinement in her hotel room.

With the omicron surge, “travelers from the United States were required to spend four days in government quarantine facilities — spartan temporary housing in an isolated corner of one of Hong Kong’s islands — before being released to a hotel of their choice.”

“Thankfully,” she wrote, “I was spared that fate” because “my airport test registered negative.”

This strategy can be loosely defined as driving Covid-19 as close as possible to zero through strict control measures so that community transmissions no longer appear and, should that happen, be quickly re-suppressed. Initially, even Europe and the U.S. tried this (remember two weeks to flatten the curve?) but quickly gave up with the emergence of new variants, although through 2021 a number of small, or easily isolated, countries persisted in the attempt. As 2022 dawned, however, even these were giving up.

Except for authoritarian holdouts including China, Hong Kong, and… Australia, where authorities last summer started putting the sick and the unvaccinated into concentration camps.

But “zero COVID” won’t work, even with the most extreme measures.

Australia this week is suffering record numbers of COVID cases.

We can’t get reliable news or figures out of mainland China or that Orwellian-nightmare-made-real called North Korea… but we can’t help but notice certain trends.

I’d add that Florida is also America’s oldest state, on average, meaning they have the highest percentage of the most at-risk residents.

Communist Chinese strongman Xi Jinping wanted to make mainland China an example to the world by stamping out COVID.

Yet COVID persists, particularly badly in those places that have responded with the most authoritarian measures.

To which I say: GOOD.

Every lockdown in Communist China is a brutal monument to Xi’s misrule and to CCP ignorance.

Every new case in Australia is an implicit damnation of the camps.

And Biden’s surrender — his bleak admission that there’s “no federal solution” to the pandemic — serves as proof that his administration was built on a Big Lie.

I’m glad these bullies are busy discrediting themselves and hope they go on until everyone who can understand what a failure authoritarianism is does understand .

Senior Biden advisor says ‘MAGA Republican agenda’ is to ‘essentially destroy the United States of America’
USDA launches $500 million grant program for domestic fertilizer production
Man allegedly sent his mom to pay for 3 rape victims to be murdered before they could testify, but hitman was an undercover cop
Jordan Peterson tears up after Olivia Wilde mocks him as hero of ‘incel community’: ‘I thought the marginalized were supposed to have a voice’
Americans shun fake meat due to high prices and its link to “wokeism”