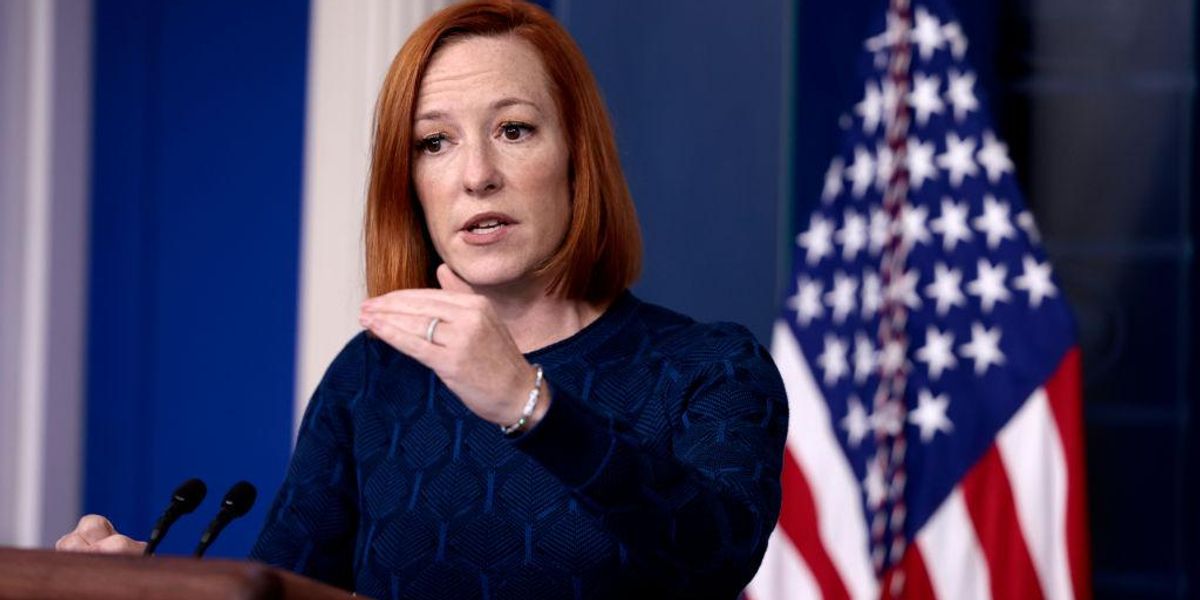 White House press secretary Jen Psaki was pressed for answers Monday on why the Biden administration has not yet delivered on its promise to provide free at-home COVID-19 tests to U.S. households, despite announcing a plan to do so last month.

During Monday’s press briefing, Fox News White House correspondent Peter Doocy, who returned to work after testing positive for the virus over the holidays, asked Psaki why the administration was caught “unprepared” for the scarcity of virus tests.

“I heard the president say, ‘Google COVID tests near me. So, as somebody isolating with COVID, I did that. And the appointments everywhere were completely jammed. So, why is it that you guys were so unprepared for the need for testing after the holidays?” Doocy asked.

Psaki said that a “massive surge in cases” caused by the Omicron variant has led to an “unprecedented demand” for COVID-19 tests.

“I would just note where we have come from,” Psaki said after explaining several actions the Biden administration has taken since last summer to expand the nation’s testing capacity. “If you look to a year ago there were no tests, or maybe one depending on the timeline, that was available on the market. Now we have nine. If you look to about a year ago, there was about 900,000 or maybe slightly higher tests that were being issued every day. Now we’re about 10 or 11 million. 300 million tests are done in this country every month.

“So there’s enormous progress being made,” Psaki said.

DOOCY TIME: “I heard the President say, ‘Google Covid tests near me.’ So, somebody isolating with Covid, I did that, and the appointments everywhere were completely jammed. So, why is it you guys were so unprepared for the need for testing after the holidays?”pic.twitter.com/tE3NBQ3a8l

But Doocy pushed back, observing that the tests Psaki touted “require people to go somewhere and either make an appointment or wait in line.”

“You guys said you were going to mail free tests to people that need them. The president’s there on television talking about a ‘winter of severe illness and death.’ While he’s saying that publicly, why weren’t you guys doing more to prepare for the winter?” Doocy asked.

Psaki answered that there is currently a “range of options” available for COVID testing, mentioning that people can purchase tests online and that 150 million Americans who have health insurance will be able to get reimbursed for purchasing tests. Under the White House’s plan, families will have a monthly per-person limit of free home testing kits they can purchase or submit receipts for reimbursement. A family of four, for example, could be reimbursed for up to 32 tests each month, ABC News reports.

As for the promised 500 million free at-home tests, Psaki said the administration would provide an update on that later this week.

Unsatisfied, Doocy pressed on the time frame for delivering those free tests, saying at the speed the federal government is moving the tests won’t be available until spring.

“We’ll start to have tests coming out the door in the coming weeks,” Psaki said.

Doocy: At the rate you guys are going, these tests are not going to be available until spring, so will you admit that these free tests you guys promised are not going to be ready until after the omicron surge?nnPsaki: I think I gave an update…We’ll have tests..in the coming wkspic.twitter.com/ICq9Nex2HY

Days before Christmas, President Joe Biden assured the nation that his administration was preparing to combat a winter surge of COVID-19 by purchasing 500 million at-home rapid COVID-19 tests, to be made available for free sometime in January. But the tests won’t be available until at least mid-January, and in the meantime people are waiting in line for hours to get tested in areas where COVID-19 cases are spiking because of the Omicron variant.

As of Jan. 6, the White House said it was finalizing plans with the U.S. Postal Service to deliver the tests, the Washington Post reported. Officials told the Post that the administration will launch a website where individuals can request the rapid tests to be delivered to their homes. The Biden administration reportedly awarded its first contract for test manufacture and distribution last Thursday.

Doocy also asked if the administration would suspend its federal vaccine mandate for government employees after USPS told the Occupational Safety and Health Administration it has inadequate staffing to enforce the mandate, and that doing so would exacerbate a staffing shortage that is interrupting the nation’s supply chain.

Psaki dismissed those concerns, noting that the postal service was able to deliver “98-99% of packages on time” during the busy Christmas season while the mandate was in effect.