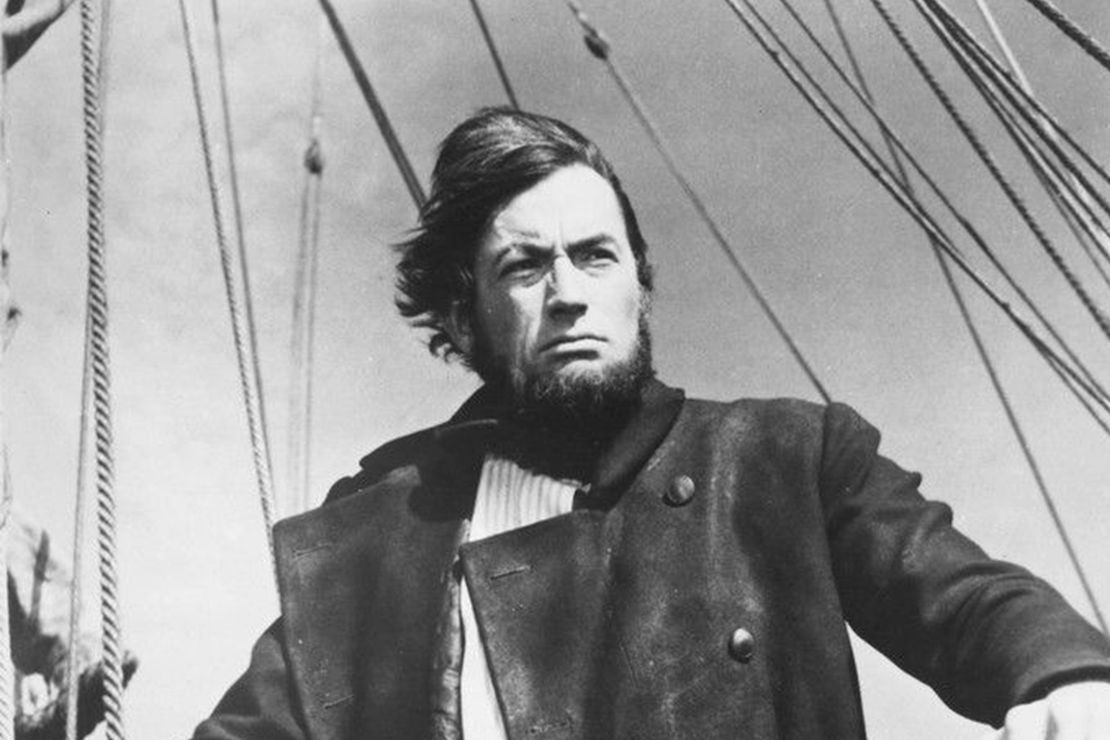 The elites’ obsessive hatred of former president Donald J. Trump towers to a level of pathology that is rarely seen. They eat, sleep, and breathe their hatred of Trump. I have no doubt they lie awake at night, seething, as they plot ways to destroy the man they hate.

They bring to mind Herman Melville’s classic tale of the sea, Moby Dick, which chronicled the madness of Captain Ahab as he single-mindedly sought to destroy the great, white whale. Ahab hated the whale because it had taken his leg in an earlier encounter; the establishment hates Trump because he took their pretensions to power from them. And, like Ahab, the establishment will stop at nothing to end him — though they drive themselves to madness and destruction.

The elites are destroying themselves as they attempt to annihilate the great orange whale, clearing the way back to pro-American power and sanity as they do so.

Within hours of Joe Biden being sworn into the presidency, the collective began reflexively undoing everything President Trump had done during his term, reversing every policy and canceling every contract. They halted border wall construction and compliance with the Remain in Mexico policy. They canceled contracts and government leases for fuel extraction and pipelines. They mandated vaccines that are increasingly ineffective while scuttling or rationing effective treatments.

You’ll never believe what happened next! Illegal aliens flooded into the country, gas prices skyrocketed, people lost jobs and livelihoods, and the increasing prices and loss of workers created gaps in the supply chain and shortages.

Things got so bad, even the normies began to notice. (Normies are people who uncritically swallow whatever the establishment mainstream is selling and think they’re superior for doing so; they’re what Rush used to call “low-information voters.”) Consequently, Democrats’ popularity has been plummeting. By striving to undo Trump’s wildly successful policies, the establishment has instead undone itself.

Besides undoing Trump’s policies, the anti-Trump elites have also worked to destroy Trump politically. First it was the Russian Collusion hoax, on which they spent years of time and millions of taxpayer dollars, and which ended in humiliation for them and their media lackeys. Next came their impeachment phase, whence they twisted the greatest political system ever created into a hackneyed machine for maligning their nemesis. Once Trump was out of office, they still didn’t stop, attempting to spin an overheated demonstration at the Capitol into the Worst Thing Ever. The absurdity of their Jan. 6 anniversary theater was so over the top, it was downright offensive. And once again, even the normies noticed; outside of the D.C. bubble, the Jan. 6 Commission’s antics are causing some serious head-scratching among folks whose normal inclination is to believe what they’re told and vote the establishment ticket.

But the anti-Trump forces can’t see how they’re hurting their own brand. They can’t stop themselves from going full steam ahead with their Jan. 6 agenda. Why?

Not long ago, my colleague Matt Margolis highlighted something important that one of the two ostensible Republicans on the Jan. 6 Commission said.

In an interview on CBS’s Face the Nation, Cheney was asked by host Margaret Brennan if she intended to run for president against Trump in 2024, and Cheney said the quiet part out loud about the true goal of the committee.

“I’m very focused right now on my re-election and on the work of the select committee,” Cheney replied. “I can tell you that the single most important thing, though, is to ensure that Donald Trump is not the Republican nominee and that he certainly is not anywhere close to the Oval Office ever again.” (emphasis added)

Got that? What the Jan. 6 psy-op is really all about, of course, is “to ensure that Donald Trump is not the Republican nominee and that he certainly is not anywhere close to the Oval Office ever again.” All the pomp and circumstance, the moments of silence, the pretentious speechifying, the special performances by the cast of “Hamilton” — all of it — is aimed at the personal destruction of one man, whom they hate, beyond all hope or reason.

I could go on — the endless media narratives, the excitement whenever a spurious new accusation of harassment or impropriety is leveled, the deployment of weaponized law enforcement agencies both state and federal against the great orange whale and anyone who has ever worked with him, supported him, or been related to him — the system has gone from being merely rigged to being utterly poisoned, all in the service of destroying one man.

So all-consuming is the elites’ great hatred that they can’t see the strategic errors they’re making. Not only are they doing a crappy job of governing while they hold power, they’re allowing Trump to draw off all their fire. Their single-minded focus on ruining him is overriding the work they should be doing to research and diminish other potential political threats. (Don’t look now, but Florida Gov. Ron DeSantis is serious presidential material.) If Trump is not the 2024 Republican nominee, whoever is will have enjoyed much less personal destruction and will go into the general election in a more advantageous position than if the Left had been working against him or her. And that nominee will also never, ever be able to measure down to the level of hysterical antipathy that has been heaped upon Trump’s reputation.

I think Donald Trump is, in many ways, the greatest president of my lifetime. His policies were wildly successful, his judicial appointments crucial, and his focus on border issues enlightening. He saved the United States to fight another day against the encroachment of globalist communism. I recoil at the unfairness and criminality of what the anti-Trumpers have done and continue to do to this man who served our country with great enthusiasm and success, and at great personal cost, and I think he deserves every honor because of his selfless service.

Unfortunately, Trump is also a liability because of the way he comports himself. I personally know people who voted for every Republican on the ballot except Trump. It might not be the worst thing if he’s not the 2024 GOP nominee. He can probably do more good now by building up his new media company. So, let him be the distraction that drives Big Left to distraction. Let him draw their vile fire, clearing the path for a less controversial candidate who will faithfully execute Trump’s phenomenal MAGA policies.

As even the normies have noticed, the systemic hatred the Left levels at the former president is disproportionate and pathological. It’s disturbing to see people in a position of power behaving like this. No one wants to vote for politicians who are utterly convulsed with hatred and locked into their own personal vendettas.

And so, let them obsess. Let them marinate in their hatred and give it total power to rule over them, as did the doomed Captain Ahab.

Towards thee I roll, thou all-destroying but unconquering whale; to the last I grapple with thee; from hell’s heart I stab at thee; for hate’s sake I spit my last breath at thee. Ye damned whale.

Let them build a prison of hatred for themselves. Let the great orange whale consume their hate-addled minds by day and their fevered dreams by night, so that they can focus on nothing else.

Let this be the hill they die on.

Think the Pro-Transgender Crowd Is in the Majority? Guess Again
Queer Muslim Atlanta City Council member is in a nonmonogamous relationship with two other people: ‘It’s a very valid familial structure that people should embrace’
California high school football team told to stop running onto field with ‘Thin Blue Line’ flag
Las Vegas OBGYN, who called himself the ‘Vagina Whisperer,’ accused of sexual misconduct by board; patients say he offered $1,000 for nude photos, claim of ‘excruciating’ sexual assault
Are the Undersea Cables We Depend on Vulnerable to Russian Sabotage?