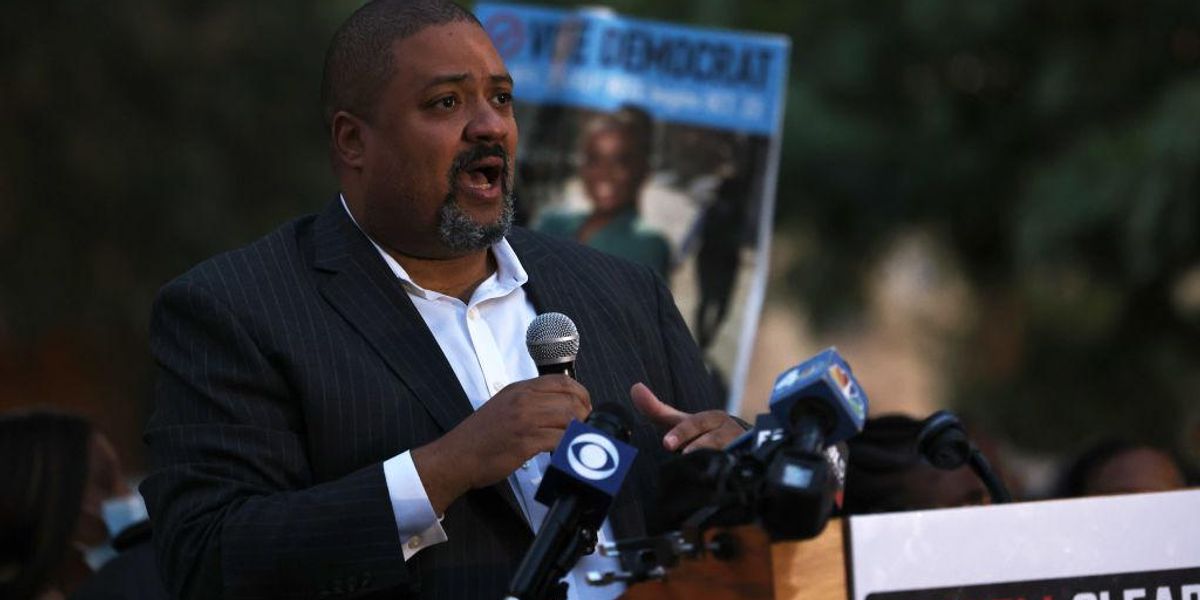 Fears that violent criminals would escape justice in New York City are being realized as a wanted ex-convict charged with armed robbery had his charges downgraded on the orders of Manhattan District Attorney Alvin Bragg.

The New York Post reported that career criminal William Rolon, 43, allegedly stole more than $2,000 worth of merchandise and threatened a drug store worker with a knife, only to have his robbery charges dropped by the Manhattan DA’s office and replaced with two counts of petit larceny and other low-level offenses, including second-degree menacing.

The lesser charges are the result of a war on law enforcement being waged by Bragg, the newly elected district attorney, who released a “Day One” memo that outlined his radical progressive vision for keeping criminals out of jail.

According to the Post, Rolon is accused of filling a plastic trash bag with cold medicine and other items inside a Duane Reade store on the Lower East Side around 12:20 a.m. Saturday.

When Rolon attempted to leave the store at 100 Delancey St. without paying for the merchandise, he was confronted by a female manager, who says he was brandishing a pocketknife, the Post reports.

“F*** you, I’m taking everything,” Rolon allegedly told her.

Rolon and an unidentified accomplice then headed west with the stolen merchandise, which was worth $2,209, according to the Post.

Court documents claim Rolon returned to the store around 5:30 p.m. the same day and allegedly stole more cold medicine, some paper towels, and two other items.

Another manager recognized Rolon from surveillance video of the first incident and contacted police, leading to his arrest.

Rolon was initially charged with first-degree robbery and criminal possession of a weapon, according to the Post. But after arraignment at Manhattan Criminal Court early Sunday morning, the Manhattan DA’s office had the charges reduced to petit larceny.

The reduced charges are in step with Bragg’s memo, which directed certain robberies of businesses to be prosecuted as petit larceny if no victim is wounded and there is no “genuine risk of physical harm.”

According to the Post, the manager who was allegedly threatened with a knife told police she was afraid for her life and did not want to return to work after the incident. The criminal complaint against Rolon reportedly states that he allegedly “placed her in fear of physical injury, serious physical injury or death.”

“Violent criminals now have carte blanche to re-offend, knowing full well that they will never again sniff the inside of a jail cell,” he said. “If you thought things couldn’t get any worse, think again. God help us.”

He added, “If this is how we’re going to prosecute crime — by ignoring crime — we’re in trouble.”

Political science professor finds that many of his college students lack basic knowledge about US government
Why Are Democrats so Afraid to Debate Republican Candidates This Year?
Dramatic video shows the moment freight train plows into police vehicle with woman handcuffed inside, officer placed on administrative leave
As Pandemic Relief Fraud Piles Up, 47 Fraudsters Abscond With $250 Million
Are Polls Overstating Democrat Support in Senate Races?