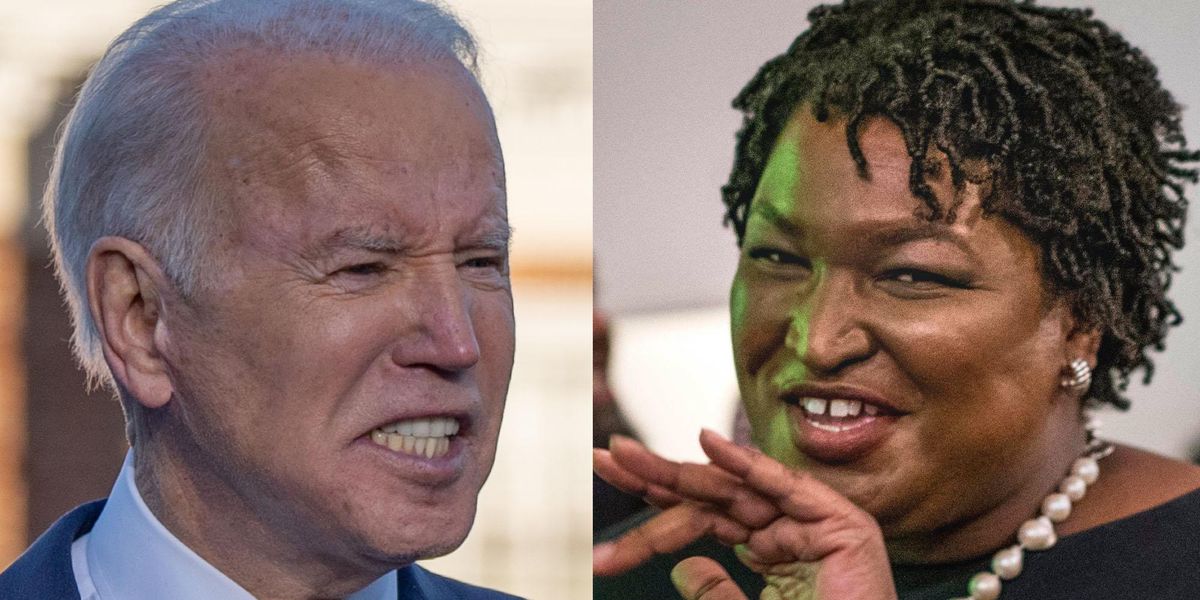 President Joe Biden (D) was mocked and ridiculed on social media after Stacey Abrams missed his pivotal speech in Georgia on voting rights and blamed a scheduling mistake for her absence.

Biden announced in his speech Tuesday, that he was fully backing the campaign to end filibuster rules in the Senate in order to overcome Republican opposition to partisan voting rights legislation. Despite the speech being touted as a very important moment for the administration, Abrams was unable to attend the speech prompting many to wonder if it was a snub of the president.

When Biden was asked by a reporter Tuesday if he was insulted by her absence at his speech, he rejected the insinuation that Abrams had purposely snubbed him.

“I spoke to Stacey this morning,” he added, “we’ve got a great relationship, we got our scheduling mixed up, I talked with her at length this morning. We’re all on the same page and everything’s fine.”

Some mainstream media reporters were skeptical at the excuse Abrams gave for skipping the speech.

“As for the Stacey Abrams absence, it does not seem plausible that they simply mixed up their schedules on this event, it’s too important,” said John Harwood of CNN.

“It is extraordinary that the president and VP are going to Georgia to talk about voting rights and the most prominent Democrat and prominent voting rights groups in the state have decided not to attend,” said Willie Geist on MSNBC.

Critics of the Biden administration also pounced on the story to mock Biden.

“The ‘conflict’ is that Stacey Abrams wants to be governor, but Georgia voters think that Joe Biden’s record is a disaster,” tweeted Republican Sen. Tom Cotton of Arkansas.

“That Stacey Abrams can’t even be bothered to attend Biden’s speech about the allegedly extinction-level threat to our democracy emanating from GOP election bills tells you all you need to know about where this latest WH push is headed—absolutely nowhere,” replied Rich Lowry of National Review.

“A sign of how unpopular Joe Biden is. Even radicals like Stacey Abrams don’t want to associate with Biden — embarrassing,” responded Kelly Loeffler.

Here’s more about the Abrams snub:

‘Republicans Pounce!’ The Hill Squawks Over Biden Being Blamed for American Wealth Obliteration
Bill Gates Now Shilling ‘Magic Seeds’ Made with His Foundation’s Funding
Are the Undersea Cables We Depend on Vulnerable to Russian Sabotage?
Shocking extent of government collusion with Big Tech to censor Americans revealed in lawsuit
Court dismisses​ NRA free speech lawsuit