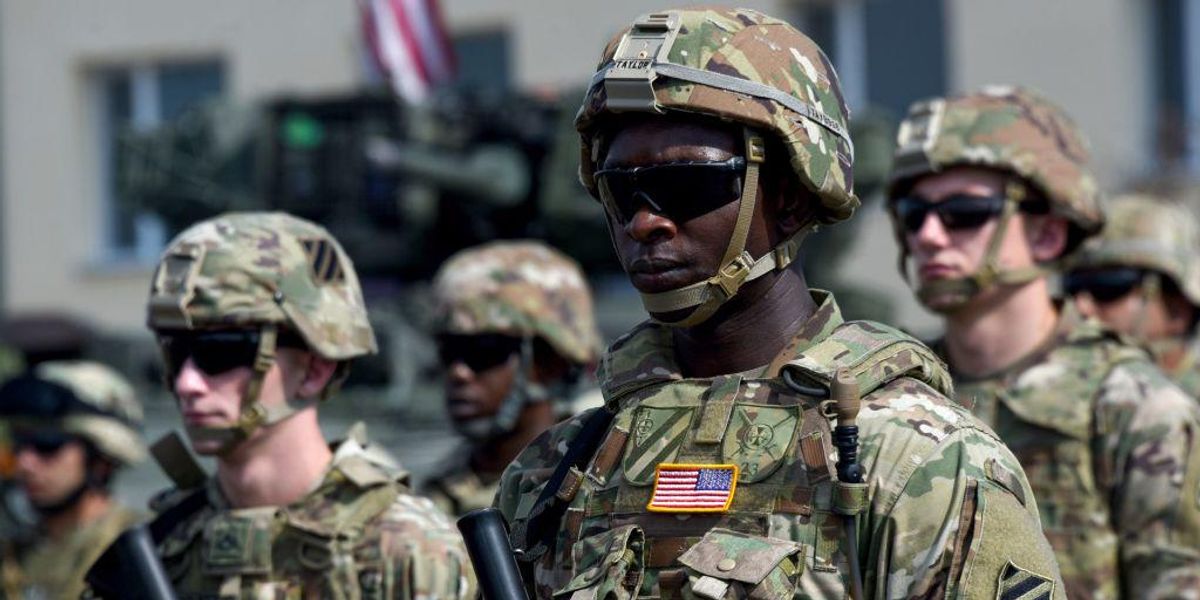 A Kentucky judge recently offered a man convicted of sexual assault an unusual choice: Enlist in the military or serve prison time.

Brandon Scott Price, 28, a former Franklin County Regional Jail guard, was found guilty of second-degree sexual assault, a Class A misdemeanor, earlier this month. On account of his crime, Price received a 12-month prison sentence with two years of probation — with one strange caveat.

Circuit Judge Thomas Wingate informed Price during his sentencing that he could have his jail time waived if he decided to join the U.S. military, according to the State Journal.

“If you don’t enroll in 30 days, you can report to the Franklin County Regional Jail,” Wingate said. “You are under the gun, young man. You gotta do it.”

The outlet noted that Price was initially charged with third-degree sodomy, a Class D felony, but had his charges reduced. The former jail guard was convicted of sexually assaulting a female inmate in January 2019 after transporting her to the hospital.

According to a lawsuit filed by the inmate, Price had volunteered to take the inmate to the hospital after discovering that she had dangerously elevated blood pressure only to assault her upon their return.

“Price transported (the inmate) alone, in violation of Jail policy and industry standards and practices,” the lawsuit stated, adding, “On the way back to the jail, Price turned on Big Eddy Road and stopped the van. He turned around and told (the inmate) if she performed oral sex on him, he would talk to the KDOC employee he knew about getting her released from jail earlier.”

Price proceeded to get in the back of the van and assault the woman without her consent while she remained shackled. He initially denied the incident, saying he “made a stupid mistake … I let a female inmate touch me inappropriately.” But he was later arrested, charged, and eventually, convicted.

“You’re getting a huge break,” the judge reportedly told Price during his sentencing. “You made a terrible mistake, which I know personally cost the county money.”

Task and Purpose reported that Judge Wingate’s offer “seemingly tests the boundaries of a longstanding trope of enlisting in the military: join the Army or go to jail.”

Though the military news outlet noted that the history behind the supposed practice is “complicated,” since any such order from a judge carried more weight during draft lottery periods. Nowadays, the military is an entirely volunteered force and, as such, recruiters are under no obligation to accept someone just because a judge orders them to enlist.

In fact, according to Army recruiting guidelines, an applicant is not eligible for enlistment if “as a condition for any civil conviction or adverse disposition or any other reason through a civil or criminal court, [they are] ordered or subjected to a sentence that implies or imposes enlistment into the Armed Forces of the United States.”

Strangely enough, a Florida state lawmaker introduced a bill last month that would enable certain convicted individuals to join the military instead of going to jail. The bill, if passed, would certainly face several legal obstacles.