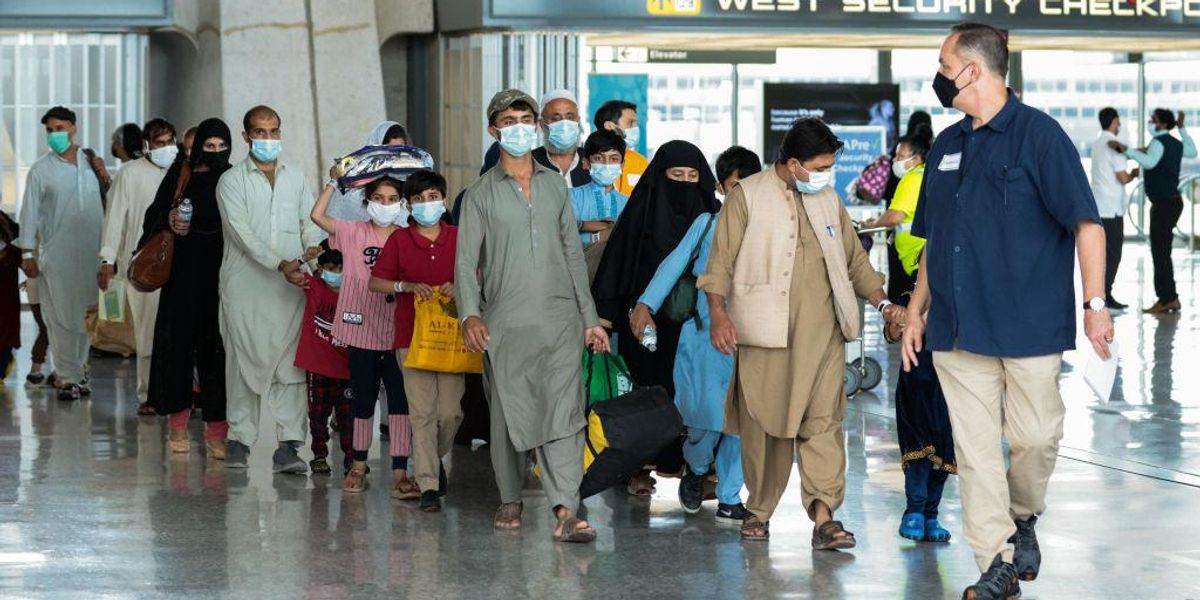 Many months since the U.S. withdrawal from Afghanistan, there are still around 18,000 Afghan refugees living at military bases who have not been resettled in America, a Department of Homeland Security spokesperson informed the Washington Examiner.

The outlet noted that while thousands of refugees remain on five bases, around 57,000 have already have been resettled throughout the U.S.

“Operation Allies Welcome has made incredible progress over the last four and a half months, and we are thankful for the support that veterans, faith groups, and people across the country have shown our Afghan allies as they join their new communities,” the spokesperson noted, according to the outlet.

The Biden administration came under heavy criticism last year for botching the U.S. withdrawal from Afghanistan, which was marked by chaos and carnage, including the deaths of severalU.S. service members killed in a suicide bombing at the Kabul airport.

Many Americans were deeply disturbed that the U.S. announced the completion of its pullout out even as American allies and citizens remained in the country that had been taken over by the Taliban.

CNN, citing an unidentified State Department official and two congressional sources, has reported that around 80 Americans in Afghanistan presently desire to depart, but that evacuation flights have been halted by the Taliban for around a month.

State Department spokesperson Ned Price said during a Tuesday press briefing that the U.S. is “working currently with a few dozen” American citizens and their families who have indicated that they are ready to leave Afghanistan and who possess the travel documents needed to leave the country.

Every House Democrat just voted against parental rights legislation
Rihanna to headline Super Bowl halftime show after she refused to ‘sell out’ to the NFL in 2019 over Kaepernick protest
The Left’s Flirtation With Homophobia
MSNBC Whines Sinema & McConnell Said Nice Things to Each Other
CNN Misleads, Ignores Poll Supporting Busing Illegals to Blue Cities