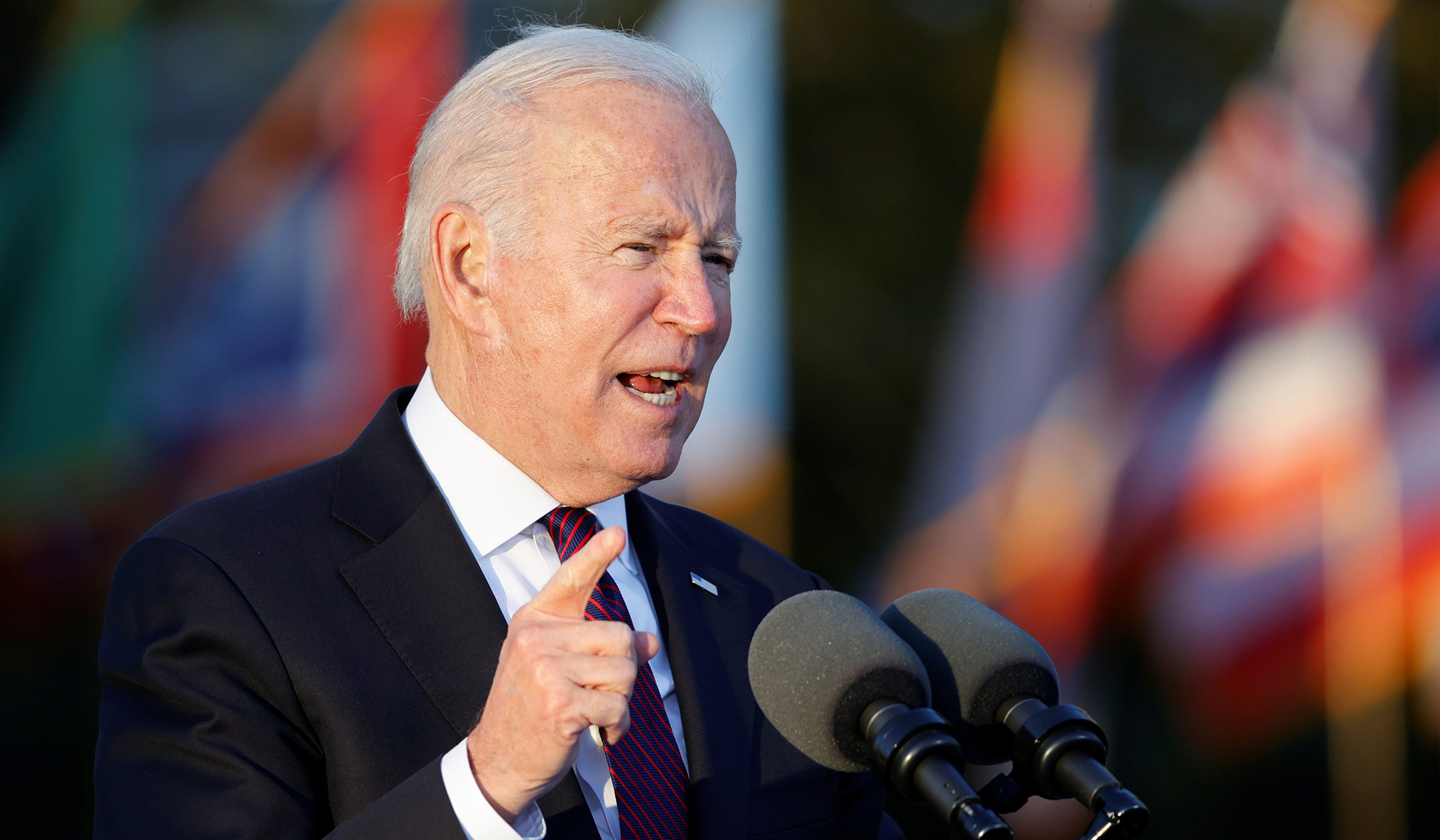 Over at The Bulwark, Charlie Sykes wishes President Biden would have not one, not two not three, but four separate “Sister Souljah” moments, rebuking the rest of the Democratic party on crime, schools, noncitizen voting and “faculty lounge” language. Biden is just not that kind of leader, Charlie. You might as well wish for Biden to get bumped on the head and have a complete personality change.

I didn’t vote for Joe Biden, and I’ve never been a fan of the man. But I did think there was a outside chance he could do the country some good as president, particularly if the septuagenarian “leaned in” to his low-energy instincts.

After all the chaos of 2020 – the pandemic, the quarantines, and the far-reaching economic consequences, the outrage generated by the killing of George Floyd and subsequent riots, President Trump rejecting the election results and the Capitol Hill riot, and so on — the United States really deserved a stretch of stable, uneventful peace and prosperity. All Joe Biden had to do was keep rolling out the vaccines, watch American life get back to normal, and sit back and enjoy the popularity.

Unfortunately, a bunch of historians told Biden he could be the next Franklin Roosevelt or Lyndon Johnson, and apparently Biden believed them. There’s a strong case that Biden won the 2020 Democratic presidential primary because he wasn’t Bernie Sanders and he wasn’t promising a socialist revolution. Americans just wanted life to get back to normal, a restoration of stability over chaos. In short, all Joe Biden had to do is be boring.

But attempting to pressure employers to fire unvaccinated employees is not boring.

Ignoring the warnings of Larry Summers about inflation, and throwing $1.9 trillion in Covid relief on top of previous relief bills, and then following it up with wanting another multi-trillion dollar spending bill to “Build Back Better,” is not boring.

Absurdly asserting that massive multi-trillion dollar spending bills “cost nothing” is not boring.

Declaring in December, “we didn’t see Delta coming,” as the vice president did, is not boring.

Failing to keep promises on widespread availability of Covid-19 tests is not boring.

Botching the withdrawal from Afghanistan, and leaving Americans and Afghan allies behind, is not boring.

Making sweeping changes to immigration enforcement, and then insisting that month after month of record migrants at the border is just part of a normal seasonal pattern, is not boring.

Touting a false story about immigration officials “whipping” Haitian migrants is not boring.

Getting blindsided by the supply chain crisis is not boring.

Ironically, one of the few big and consequential pieces of legislation that Biden signed into law – the infrastructure deal – is pretty boring!

Strange as it may sound, Joe Biden is in trouble because he’s not boring – or more specifically, he’s not content to focus on the much-harder-than-it-looks task of just making sure the federal government works the way it is supposed to, with the considerable duties it already has. Biden is pushing for giant sweeping changes, like multi-trillion spending plans like Build Back Better.

Just mitigating the backlog at those Southern California ports is a big, difficult challenge.

Keeping public schools open, when a significant number of teachers, staff, and student are catching Omicron, is a major challenge that will require taking stances that teachers’ unions won’t like.

The great irony is that in the end, addressing and making progress on those kitchen table issues like gas prices, food prices, empty shelves, inflation, and the pandemic is… not all that boring!

‘Republicans Pounce!’ The Hill Squawks Over Biden Being Blamed for American Wealth Obliteration
Why Georgia and Nevada Are Key to a GOP Senate Majority
Putin places blame for Nordstream sabotage squarely on Biden after he threatened to shut it down over Ukraine invasion
President Trump Says that Mitch McConnell Has a “DEATH WISH” By Backing Insane Dem Spending Bills
NY Times vs. Science: Critic Hess TRIGGERED by Realistic Images of the Fetus