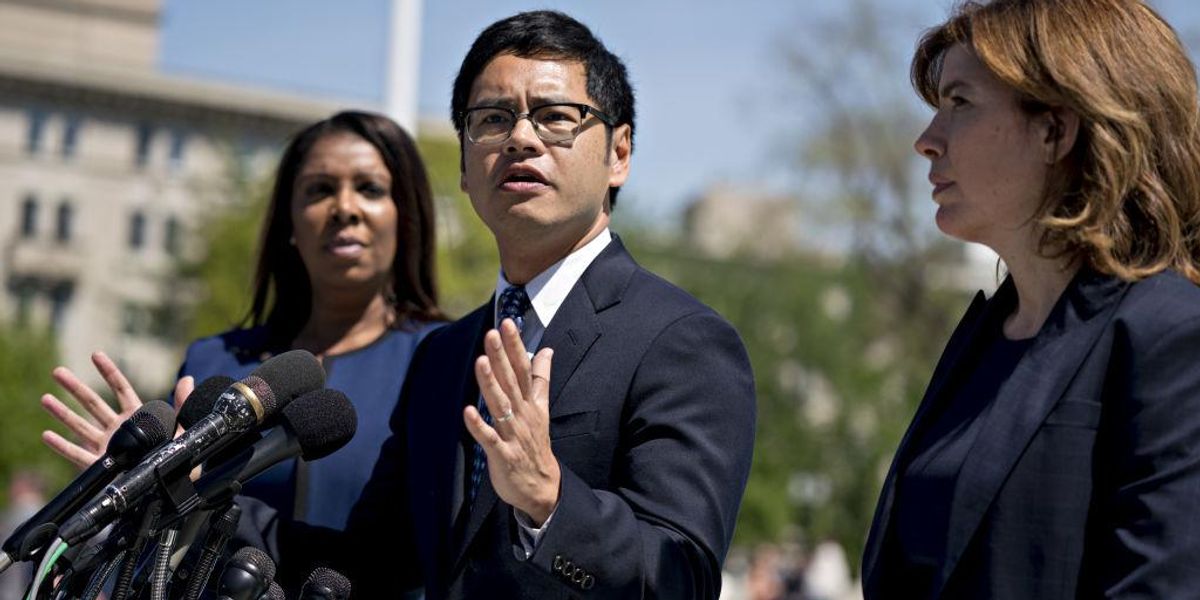 A radical left-wing Biden judicial nominee apparently believes that the state of Florida is not a democracy, according to comments he made years ago that will complicate his Senate confirmation.

Dale Ho, a former ACLU lawyer, is President Joe Biden’s nominee for the United States District Court for the Southern District of New York. He made headlines last month after video from a 2018 lecture he gave resurfaced, in which Ho said that the United States Senate and the Electoral College were “anti-democratic” institutions. At the time, Ho was the director of the American Civil Liberties Union’s voting rights project.

In 2019, video resurfaced by Townhall.com; Ho gave another lecture where he questions Florida’s state as a democracy because of laws prohibiting certain felons from voting.

In 2019, Biden federal district judge nominee Dale Ho wondered “how do you call Florida a democracy” when convicted felons are unable to vote in Florida.pic.twitter.com/sjNYWTHbjP

“How do you call Florida a democracy if one out of ten people can’t vote in that state because of a criminal conviction?” he asked rhetorically.

The ACLU and other left-wing activist groups oppose laws that prevent felons from voting, referring to them as “disenfranchisement laws.” According to the ACLU, an estimated 5.85 million Americans with felony convictions are not allowed to vote because of such state laws.

In Florida, it is illegal for convicted murderers or those with a felony sexual offense to vote. Individuals convicted of other offenses may have their voting rights restored after completion of their sentences, including parole and probation. Gov. Ron DeSantis (R) in 2019 signed a controversial law that defines “completion of sentence” to include the full payment of any restitution and fees. The 11th Circuit Court of Appeals upheld the law in October after two Florida felons claimed Florida’s Republican-controlled legislature intended to discriminate against low-income minorities by creating a financial barrier to the restoration of felon voting rights.

But other states have similar laws, some even more restrictive than Florida’s. Townhall writer Spencer Brown observes that by Ho’s standards, Alabama, Arizona, Iowa, Kentucky, Mississippi, Tennessee, and Wyoming aren’t democracies either.

Ho has previously called referred to “felon disenfranchisement” as stripping “the right to vote from people because of a criminal conviction,” arguing that states need to change their laws to remove “long-standing barriers” to voting.

He’s made many other controversial comments, some of which were brought up by Republican senators during his confirmation hearing in early December. In one tweet, Ho suggested that Republicans would use a Supreme Court majority to remain in power if the “Electoral College, Senate malapportionment and extreme gerrymandering” were insufficient.

In writings, Ho said a colleague once asked him if he works as a voting rights lawyer because he wants to help people or because “you hate conservatives,” which became the subject of Texas Sen. Ted Cruz’s grilling questions.

And in 2015, Ho compared voter identification requirements to “chemotherapy.”

“Obviously, all of us are against voter fraud, right?” he said. “The question that I think we have to ask ourselves is whether or not the mechanism that we’re using to try to prevent this problem is appropriate to the task. I’m against cancer, but I don’t think everyone in this room should get chemotherapy.”

Are More Americans Waking Up to the Horrors of ‘Gender-Affirming Care’?
9th Circuit Court strikes down California law that would have forced ICE to move migrant detainees to other states
Are Democrats Rooting for Massive Loss of Life in Florida?
Arizona Has A SOROS-BACKED Democrat Running For District Attorney In Maricopa County
CHAOS all over the world: UN food chief describes “destabilization of nations” resulting from FAMINE