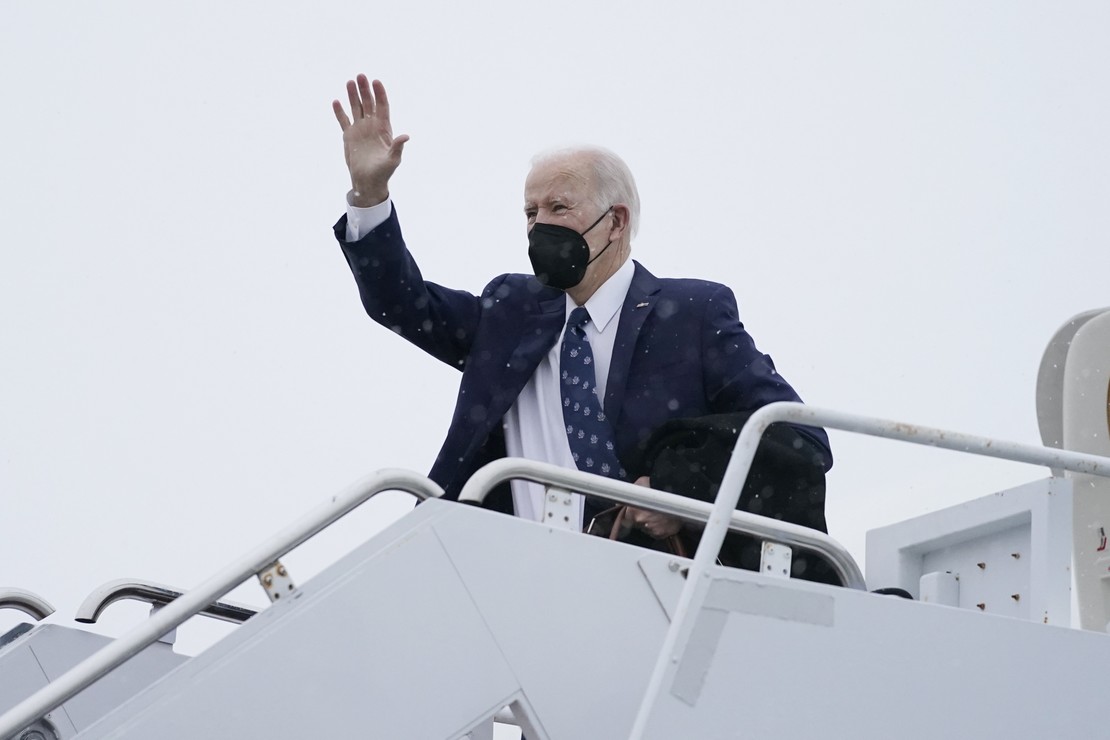 With the filibuster intact, Joe Biden’s Build Back Better agenda is dead in the water, as are his plans to federalize elections. But if you thought something like the Constitution was enough to keep Biden from going after what he wants, you’re sorely mistaken.

Desperate to have some accomplishments to boast about in his upcoming State of the Union address on March 1, Biden is planning to enact his police reform agenda via executive actions, since that issue also stalled on Capitol Hill.

“I still hope to sign into law a comprehensive and meaningful police reform bill that honors the name and memory of George Floyd, because we need legislation to ensure lasting and meaningful change,” Biden said in September when the bill failed to pass Congress. “But this moment demands action, and we cannot allow those who stand in the way of progress to prevent us from answering the call.”

This all sounds familiar, doesn’t it? It should; this is, more or less, what Barack Obama said to justify executive actions during his presidency.

RELATED: What You Need To Know About Biden’s Latest Poll Numbers

“We are not just going to be waiting for legislation in order to make sure that we’re providing Americans the kind of help that they need. I’ve got a pen, and I’ve got a phone,” Obama said in January 2014. “And I can use that pen to sign executive orders and take executive actions and administrative actions that move the ball forward in helping to make sure our kids are getting the best education possible, making sure that our businesses are getting the kind of support and help they need to grow and advance, to make sure that people are getting the skills that they need to get those jobs that our businesses are creating.”

Biden following Obama’s lead is not surprising. On his first day in office, Biden signed a slew of executive actions that were patently unconstitutional. For example, he recommitted the United States to the Paris climate treaty even though the Constitution clearly states in Article II, Section 2, Clause 2 that the president “shall have Power, by and with the Advice and Consent of the Senate, to make Treaties, provided two-thirds of the Senators present concur.” He similarly promised to get us back into the Iran Nuclear Deal, and he restored several unconstitutional actions originally put in place by Barack Obama, then reversed by Donald Trump.

The unfortunate part of all this is that, despite the blatant unconstitutionality of these actions, Biden confidently took them, knowing very well that he wouldn’t be held accountable for abusing his power. Trump’s efforts to halt DACA were constantly overturned by leftist judges who seemed not to care that the Constitution expressly empowers Congress to address issues of immigration. Even after a sensible federal judge declared DACA illegal last summer and halted new applications under the program, the Biden administration defied the ruling and continued processing applications.

Why should Biden care about what a federal judge says, right? Presidents can do anything they want — at least, Democrat presidents can — just ask Barack Obama.

Biden was supposed to be different, though. He was supposed to be the guy who would broker deals and achieve compromise; at least, that’s what he claimed on the campaign trail. His planned executive actions on police reform are just fresh proof that compromise was never his objective. Biden’s agenda failed to pass Congress because he felt entitled to his agenda — just like Obama. Rather than make meaningful concessions to bring moderates in his party on board, maybe even a few Republicans, he didn’t budge.

And it’s only going to get worse. If Biden plans to go around Congress now, while he has a majority in both houses, what do you think will happen once Republicans win back the majority?

HORROR: New Jersey Man Found Dead in Kettle Cooker at Food Processing Plant
Auburn’s Coach Pearl Rips Into Dem Congresswoman’s Jihad On Oil
Where are American Feminists During the Biggest Women’s Rights Protests Ever in the Muslim World?
World War III has already begun, but the truth is being withheld from the public until the very last moment
NBC’s Chuck Todd: Bring in More Migrants to Solve Inflation!