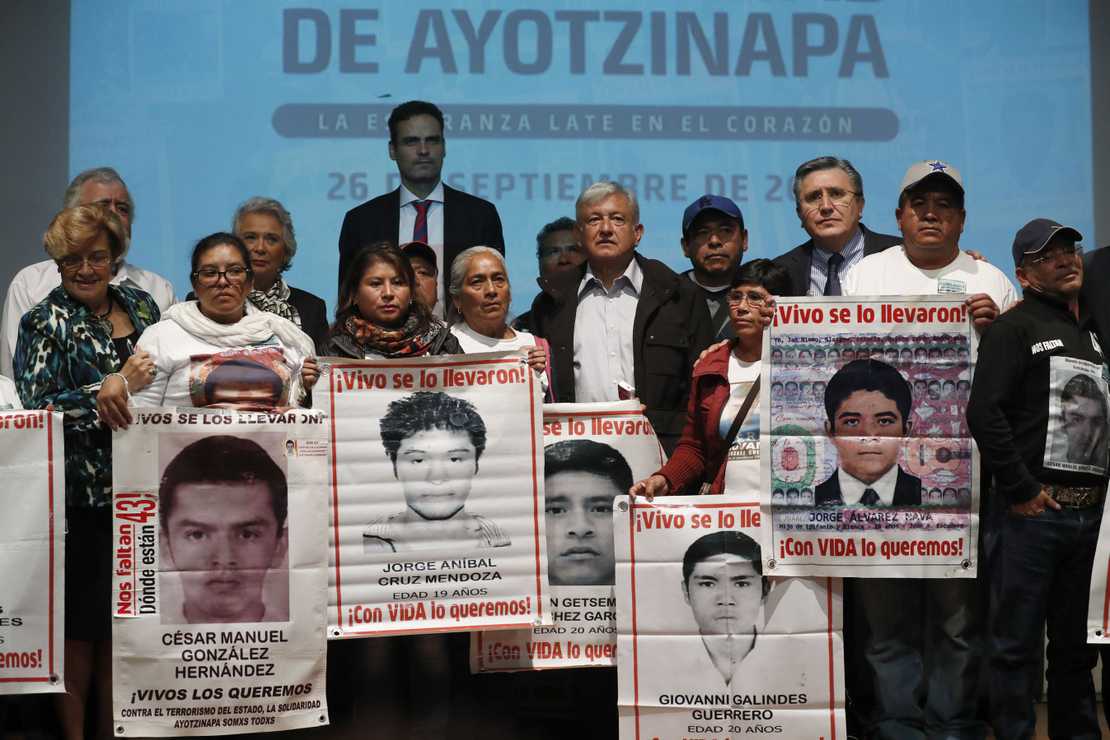 On Sept. 26, 2014, 43 students from the Ayotzinapa Rural Teachers’ College commandeered some buses to take them to Mexico City to commemorate the anniversary of the 1968 Tlatelolco massacre in which the Mexican military opened fire on unarmed civilians protesting the coming Olympic Games.

The teacher’s college was known as a hotbed of radicalism. On their way to Mexico City, the buses were stopped and students were arrested. At that point, it appears the 43 students were handed over to a local drug cartel who believed they were rival gang members. They were almost certainly executed and their bodies either burned or obliterated.

That was the official version. But as the years have gone by, evidence that was concealed or altered has come to light has pointed to dozens of government officials, military, and police who either participated in the murders or the coverup, even if it sheds no light on why the students were killed.

Current President Andrés Manuel López Obrador has pledged to get to the bottom of the massacre, and he convened a truth commission to investigate.

The arrest came a day after a commission set up to determine what happened said the army bore at least partial responsibility in the case. It said a soldier had infiltrated the student group involved and the army didn’t stop the abductions even though it knew what was happening.

Corrupt local police, other security forces and members of a drug gang abducted the students in the city of Iguala in Guerrero state, although the motive remains unclear eight years later. Their bodies have never been found, though fragments of burned bone have been matched to three of the students.

“The investigation included instances of torture, improper arrest and mishandling of evidence that has since allowed most of the directly implicated gang members to walk free,” according to AP. But the truly revolutionary aspect of the case was the arrest of so many members of the military. Reforms in Mexican law have taken the responsibility for judging military members accused of a crime out of the hands of the military and given it to civilian courts.

The massacre occurred near a large army base, and independent investigations have uncovered that members of the military were aware of what was occurring. One of the students was believed to have been a spy for the military.

In the aftermath, the last government “concealed the truth of the facts, altered crime scenes, covered up the links between authorities with a criminal group.”

One of the students was a military informant, yet authorities did not follow protocol for finding missing soldiers, Encinas also noted. If they had done that, “the disappearance and murder of the students would have been prevented,” he said.

Despite extensive searches, the remains of only three students have been discovered and identified, Encinas said.

Then-president Enrique Peña Nieto was under intense pressure to solve the case in 2014, but the extraordinary corruption in the state of Guerrero hampered the investigation. Given the involvement of so many high-ranking military, police, and government officials, it was inevitable that the truth would be covered up.

The truth commission has promised not to rest until all the students’ bodies are accounted for. But with nowhere to start looking, it will be a tough promise to keep.