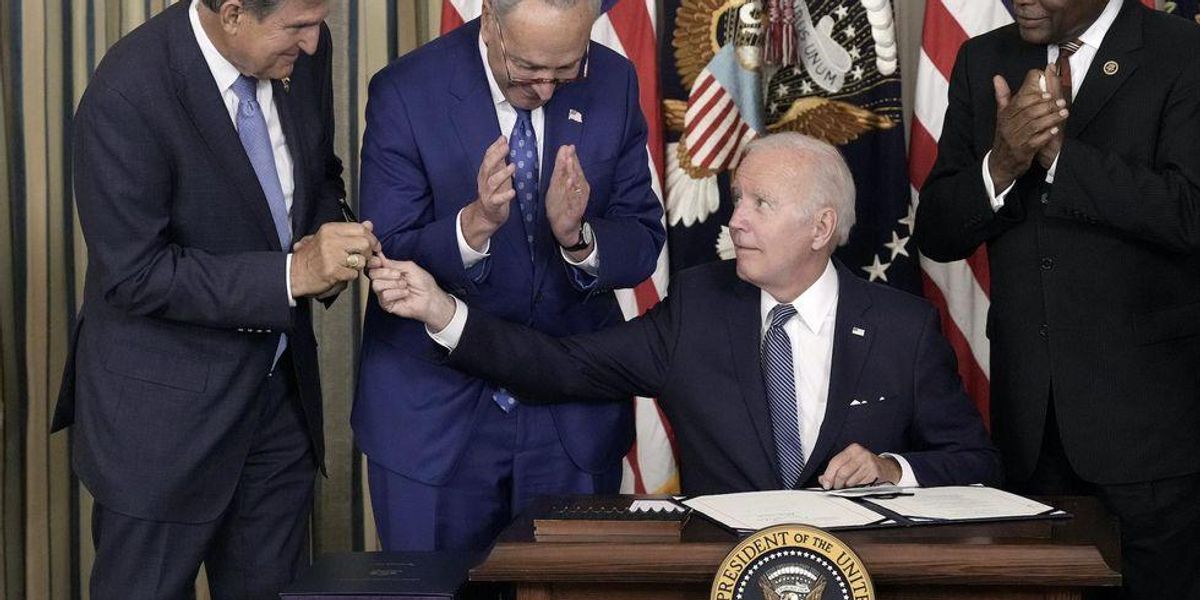 The public relations campaign for President Joe Biden’s Inflation Reduction Act appears to be failing according to a new poll released Monday.

The NBC News poll found that a large majority of Americans, 71%, said the act would either make things worse or make no difference at all.

Only 26% of those polled said that they believed the act would make things better for them.

Critics of the bill point out that the Congressional Budgeting Office found that the bill would actually reduce inflation by a negligible amount in the short term and have nearly no effect on inflation in the long term. Supporters of the bill instead have praised Biden for passing the most expensive legislation to combat climate change.

An independent assessment from the Penn Wharton Budget Model also found that the bill would have nearly zero effect on inflation.

On Tuesday, CNN’s Kate Bolduan pressured White House Council of Economic Advisors chair Cecilia Rouse about the finding that the bill would not significantly reduce inflation despite its name.

“Inflation happens when we have too much demand for the supply, and we know we need to be investing in the supply supports so we are better able as a country to address issues like inflation going forward,” Rouse explained. “So this will increase our economic growth, and because of how we planned to implement it and provisions in the bill, that growth will be more equably shared.”

Bolduan laughed after being unable to get a straight answer out of Rouse.

[embedded content]
How the ‘Inflation Reduction Act’ targets FARMERS…and YOU.

Why Can’t All Republicans Be More Like Ron DeSantis?
Auburn’s Coach Pearl Rips Into Dem Congresswoman’s Jihad On Oil
FLASHBACK: 3 Paul Krugman Rules for ‘Bidenomics’ That Self-Destructed in 2022
Actual Heart Doctor DEBUNKS Abrams’ Claims On 6-Week ‘Manufactured’ Heartbeats
Florida Man Friday: That Is a Ring Doorbell AND He’s Happy to See You