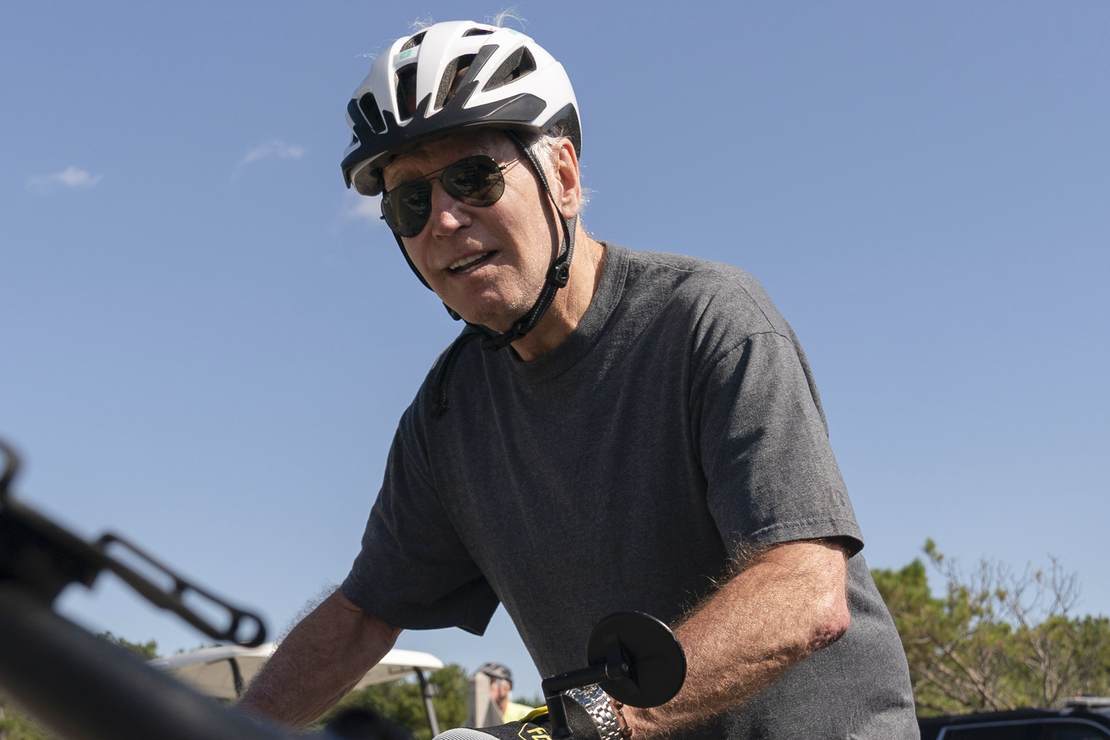 “[Biden] wants to run and he’s clearly letting everyone know,” a source told The Hill. “I believe he thinks he’s the only one who can beat Trump. I don’t think he thinks there’s anyone in the Democratic party who can beat Trump and that’s the biggest factor.”

But the American people don’t believe he’ll actually run. And Trump’s political viability certainly improved in the wake of the unprecedented raid on his Mar-a-Lago home last week.

Politically speaking, there’s no benefit to Joe Biden running again. His presidency has been plagued by record-high gas prices, historic inflation, and a border crisis. Oh yeah, and there’s the fact that he’s an increasingly senile old man who, even on a good day, has trouble putting together a complete and coherent sentence. Between his administration’s incompetence and corruption, it’s hard to see Biden turning his fortunes around before 2024.

But what if Joe Biden does run? He has enough loyalists surrounding him who, if he thinks he’s up for it, might be willing to do another four years reenacting Weekend at Bernie’s. Sure, this current reenactment isn’t going so well, and the original sequel to Weekend at Bernie’s was widely panned. But Trump Derangement Syndrome is still rampant in the Democratic Party, and it’s hard to see anyone else having a prayer against Trump.

But if Joe Biden runs, he’s going to have a difficult time motivating his base to vote for him this time. According to a recent New York Times/Siena College poll, 64% of Democratic voters would prefer someone else. Young voters are even more turned off by him. According to a poll conducted by NBC News and Generation Lab, 73% of Democrat college students do not believe Biden should run for office. Only 27% believe he should. His base doesn’t even want him, and at this point, they really ought to hope he’s just keeping up appearances by saying he plans to run even though he won’t actually run. Because if he does, it’s not going to go well.

It is highly unlikely that even Biden would get a viable primary challenger, leaving Democrats to run a senile dinosaur nobody likes in the general election with a running mate that voters like even less. There’s a reason Biden has spent so much time on vacation. When he’s in the spotlight, he embarrasses himself. Between his terrible record in the Oval Office and questions about his mental health, it’s no wonder Donald Trump is crushing Biden in the latest 2024 matchup polls. The latest Harris poll has Trump up four points, Rasmussen has Trump up six points, Emerson has Trump up three points, and Trafalgar has Trump up five points. Trump is up three points in the RealClearPolitics average.

So if Biden really is going to defy expectations and commonsense by running, it’s likely not going to end well. I still doubt he will run, but he’s indicated that he believes he’s the Democrat who can beat Trump. If Trump runs, he may force Biden into a race that no one wants him to be in, and that will be a disaster of epic proportions for the Democrats.

DEACE: EPIC montage packed with headlines that are almost TOO cringe to watch
Why Can’t All Republicans Be More Like Ron DeSantis?
Man allegedly sent his mom to pay for 3 rape victims to be murdered before they could testify, but hitman was an undercover cop
Joy Reid Says DeSantis’ Warning to Potential Looters is a Racist Threat from ‘Segregationist’
ANALYSIS: Europe to become “ECONOMIC WASTELAND” as industry dies, banks fail and food production plunges