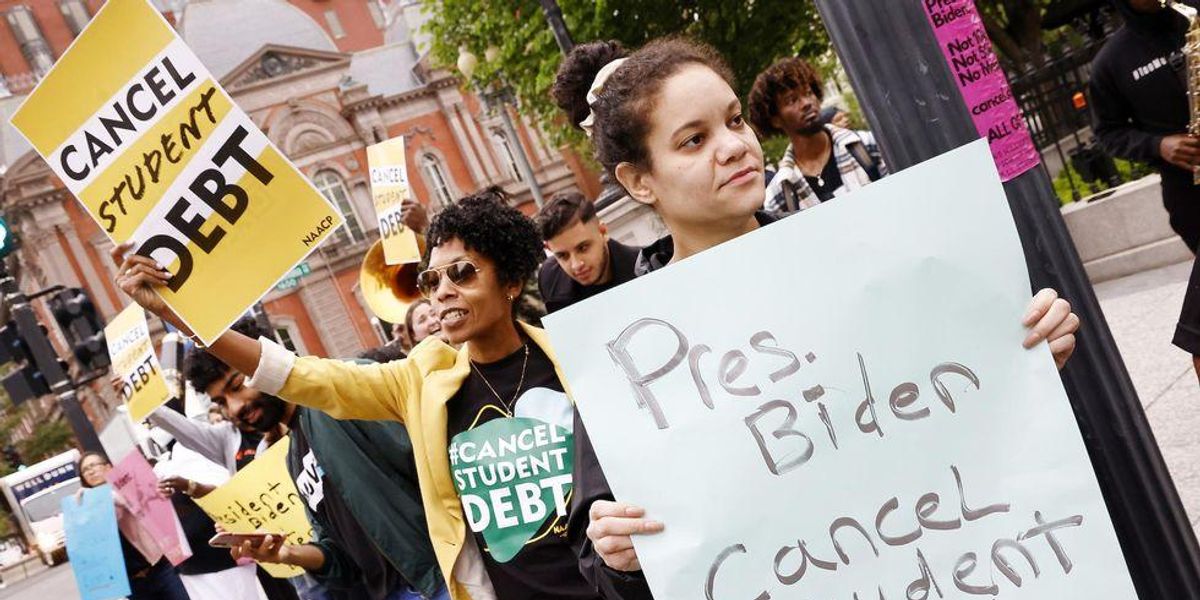 President Joe Biden will reportedly announce an order to excuse $10,000 of student loans for many while also extending the repayment pause.

The Associated Press reported that three sources confirmed the student loan forgiveness plan. They claimed that the forgiveness program would be limited to those who earn less than $125,000 a year.

The current moratorium on student loan repayment implemented during the pandemic was scheduled to expire next week, but under the new plan, it will be extended into January.

According to an analysis of the plan by the Penn Wharton Budget Model think thank at the University of Pennsylvania, the plan would cost roughly $300 billion. The analysis also said “about 70 percent of debt relief accrues to borrowers in the top 60 percent of the income distribution.”

The progressive wing of the Democrat party has excoriated Biden for promising to forgive student debt and then failing to do so once he got into office. In February, left-wing activists accused the president of being “extremely classist and racist” for not following through with the demand that he forgive $50,000 of student debt per borrower.

“They are in service to an ideological moderatism that doesn’t align with the base of the party or with the views of a rising electorate that is younger & less white,” said activist Bree Newsome at the time.

Republicans meanwhile have derided any student loan forgiveness plan for helping the privileged with the taxpayer money from regular Americans.

“If the Biden Administration goes through with this, they will be taking money from plumbers and electricians to pay the debts of lawyers and academics,” tweeted Rep. Mike Johnson (R-La.).

California to legalize state-sponsored trafficking of children combined with child mutilation and castration surgeries in the name of transgenderism
Whoopi Pushes for Splitting the Republican Party, Which Helps Dems
Grandfather charged after forgetting toddler in hot vehicle for 7 hours. Returns to truck 3 times without noticing the 2-year-old
Ron Johnson Up 13 Among Independents, But AP Warns He’s Losing That Group?
Politico Founding Editor Wants to Rewrite Constitution Because of Trump