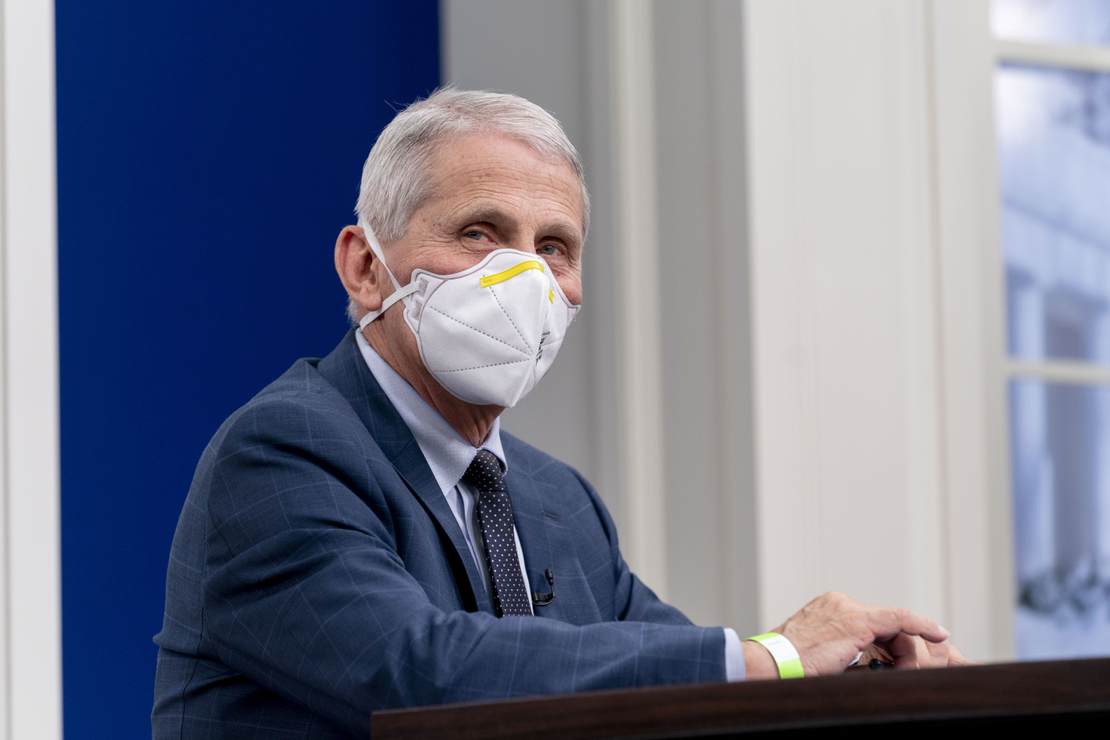 December can’t come soon enough for those who are anxious to see Dr. Anthony Fauci leave his post as director of the National Institute of Allergy and Infectious Diseases.

For some time now, though, Fauci has been undertaking a legacy repair tour in the hopes of rewriting history to make his lackluster response to the COVID-19 pandemic look better in the eyes of history. For example, during his latest interview with MSNBC host Rachel Maddow, he not only insisted that he did everything right but that he never flip-flopped.

“With COVID, I mean, the things that we thought we knew in the beginning turned out, as the months went by, to not be the case, which really forced us to adapt and to change some of our policies and recommendations,” he told Maddow. “That was interpreted by many as flip-flopping or not really knowing what’s going on when it really was the evolution of the science.”

Well, we got the receipts.

In the first year of the pandemic, Fauci claimed there was “no scientific evidence the coronavirus was made in a Chinese lab.”

“If you look at the evolution of the virus in bats and what’s out there now, [the scientific evidence] is very, very strongly leaning toward this could not have been artificially or deliberately manipulated…Everything about the stepwise evolution over time strongly indicates that [this virus] evolved in nature and then jumped species,” Fauci said in an interview with National Geographic. “If you accept the premise, which is very strongly supported by scientific evidence, that it was not deliberately mutated and deliberately changed, and you say, if it was in the wild and evolving, the likelihood it jumped species naturally, someone will say, ‘Well, maybe somebody took it from the wild, put it in the lab, and then it escaped from the lab.’ But that means it was in the wild to begin with!” he added.

But, after evidence that the lab leak theory grew and the Chinese government tried to stop an independent investigation into the origins of the virus, doubts arose about the China-backed WHO study that concluded the virus naturally jumped from animals to humans. After that, Fauci tried to soften his past position by admitting that he is “not convinced” that COVID-19 developed naturally when asked by Katie Sanders of Politifact about it.

“No, actually.…No, I’m not convinced about that. I think that we should continue to investigate what went on in China until we find out to the best of our ability exactly what happened,” Fauci said in an interview last year. “Certainly, the people who’ve investigated it say it likely was the emergence from an animal reservoir that then infected individuals, but it could’ve been something else, and we need to find that out. So, you know, that’s the reason why I said I’m perfectly in favor of any investigation that looks into the origin of the virus.”

But what makes this flip-flop so serious is that Fauci had been told in the early days of the pandemic that COVID-19 had “unusual features” that “potentially look engineered.”

“On a phylogenetic tree the virus looks totally normal and the close clustering with bats suggest that bats serve as the reservoir. The unusual features of the virus make up a really small part of the genome (<0.1%) so one has to look really closely at all the sequences to see that some of the features (potentially) look engineered,” NIH scientist Kristian Andersen told him on February 1, 2020. Not long after, Anderson was one of the authors of a study that totally discounted the lab-leak theory.

Not long after this email, the scientists authored a piece insisting the virus was natural and Fauci said the same publicly. This is a massive cover-up.

So, contrary to his claim that his views changed in response to science evolving, this was actually Fauci trying to protect himself (and perhaps China) because the NIAID, on his watch, funded controversial gain-of-function research at the Wuhan Institute of Virology.

There are other flip-flops as well. Fauci pushed for universal masking despite knowing that masks are not effective protection from COVID, even after data showed that the virus largely threatens only the elderly and immunocompromised with severe illness or death. And Fauci remains an advocate of lockdowns despite the plethora of studies showing that they did not slow the spread of COVID.

He repeatedly moved the goalposts on herd immunity in order to push vaccinations. Originally, he said between 60-70% of the population needed to be vaccinated for COVID in order to achieve herd immunity. But that number kept going up. He told The New York Times that he deliberately lied about the numbers because Americans weren’t ready to hear that it may take a 90% vaccination rate to achieve herd immunity. Or maybe because pharmaceutical companies wanted to make more money?

After insisting the lockdowns were a good thing, he claimed in the same interview that “I didn’t recommend locking anything down.”

Of course, Fauci flip-flopped on that, too, because he called pushing for lockdowns the “most crucial” recommendation he made to President Trump.