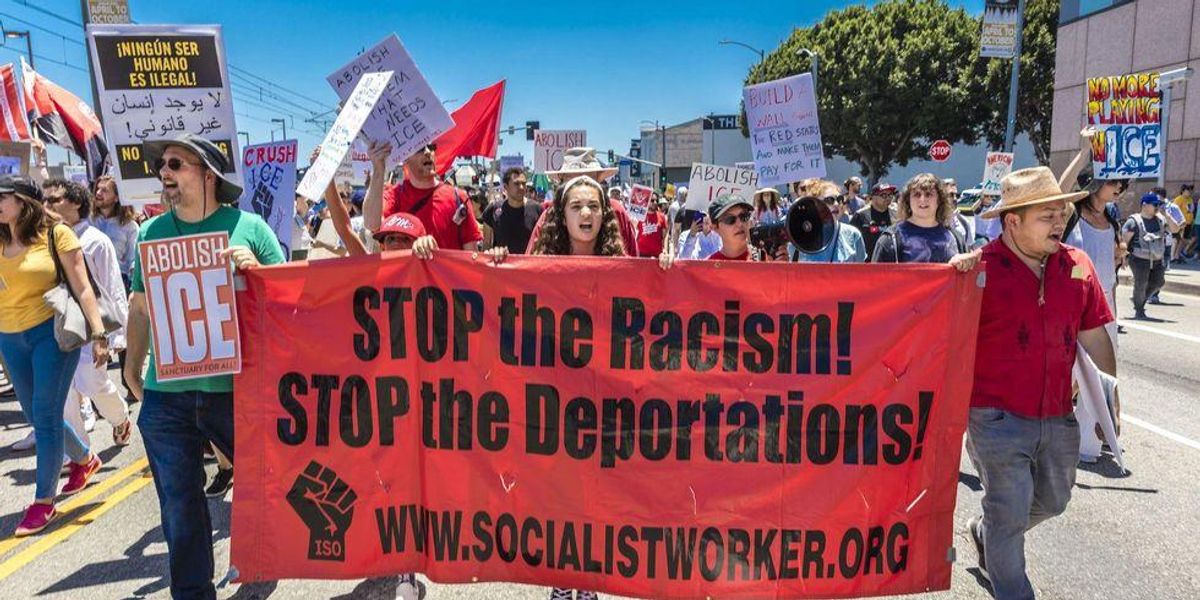 The Biden administration moved to codify the Deferred Action for Childhood Arrivals program ordered by former President Barack Obama in 2012 to protect 600,000 recipients from legal challenges.

DACA, colloquially known as the Dream Act, has been challenged by Republican critics who say that the order was unconstitutional. Prior to issuing the DACA order, Obama had also said that it would be unconstitutional for him to do so, many many times.

The policy allows for some illegal aliens who were brought into the country when they were children to apply for work permits and be protected against deportation.

“Today, we are taking another step to do everything in our power to preserve and fortify DACA, an extraordinary program that has transformed the lives of so many Dreamers. Thanks to DACA, we have been enriched by young people who contribute so much to our communities and our country,” said Homeland Security Secretary Alejandro Mayorkas to CBS News.

The new order from Biden involved a months-long process that allowed for comments from the public — something Obama neglected to do and which left DACA open to legal scrutiny.

The constitutionality of the program is still to be decided by a Louisiana judge after a Texas judge ordered last year that no new applicants could apply for amnesty under DACA.

Efforts by former President Donald Trump to shut down the program were similarly struck down in court because officials didn’t follow proper procedures.

The policy is likely to be found unconstitutional by the conservative 5th Circuit Court of Appeals, after which the Biden administration is expected to ask the Supreme Court to take up its appeal.

Despite providing amnesty for about 600,000 illegal aliens, the DACA program has been excoriated by many on the left for not going far enough. Many have called for blanket amnesty for all of the illegal aliens in the U.S., which have been estimated to range between 11 million and 22 million people.

Here’s more about the DACA controversy:

Recent Speech by Italy’s New Leader Giorgia Meloni Shows Her Love for God, Family and Homeland
Rihanna to headline Super Bowl halftime show after she refused to ‘sell out’ to the NFL in 2019 over Kaepernick protest
Florida in PANIC ahead of Hurricane Ian making landfall: Grocery shelves STRIPPED BARE
Americans shun fake meat due to high prices and its link to “wokeism”
Is Your Child an “It?”