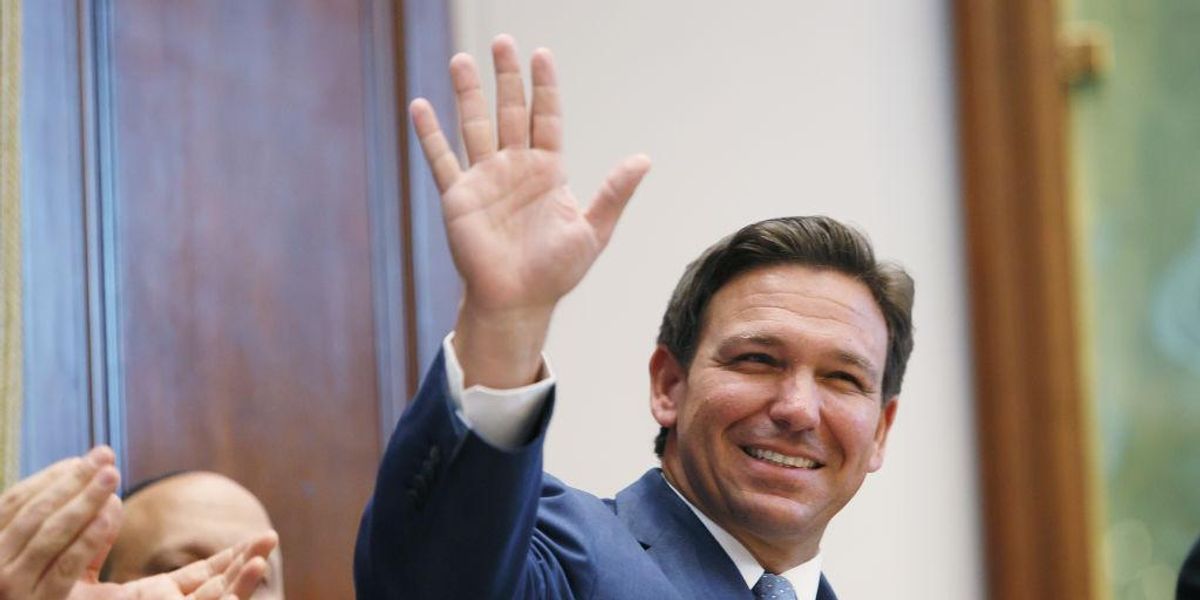 Florida Gov. Ron DeSantis, an outspoken critic of National Institute of Allergy and Infectious Diseases director Dr. Anthony Fauci, referred to the prominent public health figure as a “little elf” and declared that somebody needs to “chuck him across the Potomac.”

“I know he says he’s gonna retire — someone needs to grab that little elf and chuck him across the Potomac,” DeSantis said during a speech.

The governor’s remark elicited a round of applause.

Fauci recently announced that he plans to resign from his various government roles in December.

“I am announcing today that I will be stepping down from the positions of Director of the National Institute of Allergy and Infectious Diseases (NIAID) and Chief of the NIAID Laboratory of Immunoregulation, as well as the position of Chief Medical Advisor to President Joe Biden. I will be leaving these positions in December of this year to pursue the next chapter of my career,” Fauci said in a statement.

Fauci, who has been a staunch proponent of COVID-19 vaccination, tested positive for the illness earlier this year after having already been fully vaccinated and twice boosted.

DeSantis, who entered office in early 2019 and has become a very popular figure on the political right, is currently running for re-election during the Sunshine State’s 2022 gubernatorial election.

Democratic Rep. Charlie Crist won the Florida Democratic gubernatorial primary on Tuesday and will face DeSantis during the general election contest in November.

During remarks on Wednesday, Crist accused DeSantis of being “anti-democracy,” “anti-women,” and “anti-African American.” He also referred to the governor as “anti-freedom Ron.”

“Those who support the governor should stay with him and vote for him,” Crist said, adding, “I don’t want your vote.”