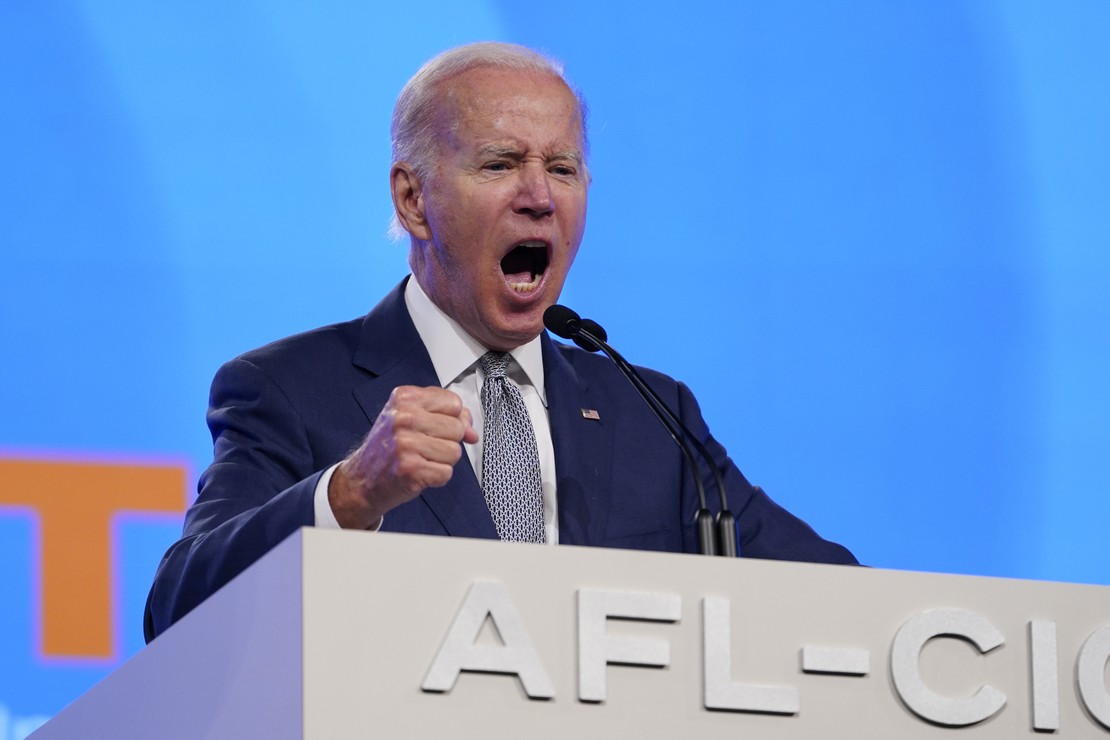 After months and months of speculation, Joe Biden finally announced his move on student loan forgiveness. Biden will issue an executive order forgiving $10,000 in student loan debt for every borrower who earns $125,000 a year or less and extending the existing student loan repayment pause once again.

While Biden has been putting off this decision for some time, it is hardly a surprising move. Truthfully, this student loan bailout was an inevitable gambit in a year where the left has been desperately trying to thwart a red wave. Even the announcement’s timing seems intentionally designed to help Biden’s party in the midterms.

He promised to do “something” about the student debt “crisis” while he was running for president and is already packaging this announcement as fulfilling a campaign promise.

“During the campaign, he promised to provide student debt relief,” the White House said in a statement. “Today, the Biden Administration is following through on that promise and providing families breathing room as they prepare to start re-paying loans after the economic crisis brought on by the pandemic.”

Biden did make that promise, but he’s kicked the can on student debt relief throughout his presidency. It is undoubtedly convenient that he made his decision a few months before the midterm elections, where Republicans are still expected to win back the majority. So far, nothing has managed to stop the inevitable red wave. Generic ballot polls have indeed tightened in recent weeks after the Dobbs ruling. Still, according to Robert Cahaly, the senior strategist and pollster of the Trafalgar Group, the poll-tightening was expected because Republicans had more competitive primaries than Democrats, and Republicans have been re-motivated in the wake of the unprecedented FBI raid on Trump’s home in Florida.

So, despite Dobbs, nothing has managed to change the trajectory of the 2022 midterm elections. Republicans are still widely expected to win back the House and possibly the Senate. Sure enough, the end of August is an ideal time to announce some student loan debt forgiveness — it’s roughly two months before the midterm elections.

And everyone knows that’s what it’s about. “Democrats are literally using working Americans’ money to try to buy themselves some enthusiasm from their political base,” Senate Minority Leader Mitch McConnell (R-Ky.) said in a statement. “This is the one consistent thread that connects Democrats’ policies: Taking money and purchasing power away from working families and redistributing it to their favored friends.”

Even Sen. Mitt Romney (R-Utah) sees that. “Sad to see what’s being done to bribe the voters,” Romney tweeted. “Biden’s student loan forgiveness plan may win Democrats some votes, but it fuels inflation, foots taxpayers with other people’s financial obligations, is unfair to those who paid their own way and creates irresponsible expectations.”

That’s not to say that Biden might not be thinking of himself too. In 2020, roughly 60% of young people aged 18 to 29 supported Biden. That support has cratered. According to FiveThirtyEight, Biden’s support among this demographic is a mere 37%. Young voters were Biden’s best demographic, and now 94% of them want someone else at the top of the Democratic ticket, according to The New York Times.

According to a recent Quinnipiac poll, among voters under 35, Democrats still lead Republicans by seven points in the generic ballot. That might sound pretty good until you find out that in 2018, Democrats won voters under thirty by over 30 points. On top of that, according to a recent poll conducted by NBC News and Generation Lab, 73% of Democrat college students do not believe Biden should run for office. Biden still seems to think he’s going to run in 2024. Do you think these college students might be more open to Biden running again if they think he’ll “cancel” their debt?

So it was inevitable that Biden would do this, and he was just waiting for the most optimal moment to do so. But, despite this expensive effort, many on the left think he should have done more, and he will most certainly call upon Congress to cancel more in the hopes of motivating young voters to get out and vote in November… for the Democrats.

As Pandemic Relief Fraud Piles Up, 47 Fraudsters Abscond With $250 Million
Iran President Withdraws From CNN Interview When Reporter Refuses to Wear Head Scarf
Google co-founder’s flying car startup is shutting down
Why Are Democrats so Afraid to Debate Republican Candidates This Year?
Rep. Cori Bush claims the Democratic Party is ‘pro-human rights’ as she promotes the ‘Roe The Vote: Reproductive Freedom Tour’