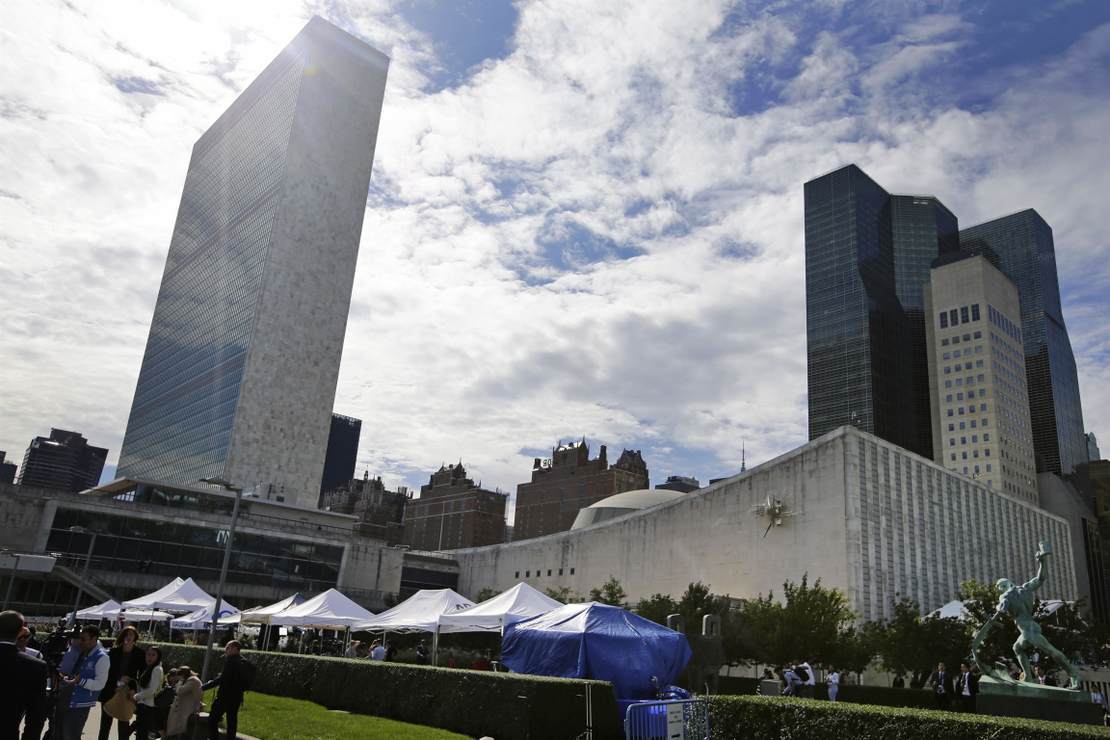 A recent rape case in New York City reminds us that no one is above the law. Except when they are.

No one is above the law, Nancy Pelosi (D-Deluxe Ice Cream Freezer) piously assured us when Merrick Garland’s corrupt far-Left Gestapo raided Trump’s home, and it’s true; no one is. Except for Nancy’s husband Paul, who got five days in jail for a DUI, minus two for good behavior, and two already served, and what about that last one? Come on, man!

The New York Post reported Monday that the magnificently named Charles Dickens Imene Oliha, a diplomat from the Ministry of Foreign Affairs and International Cooperation in South Sudan who is serving at the United Nations, “was accused of raping one of his neighbors in Upper Manhattan over the weekend — but NYPD cops released him because he has diplomatic immunity.” Oliha was arrested for the rape and taken to a police station for questioning, but then he informed them that he had diplomatic immunity and was out on the street in no time, with no charges.

Or as George Carlin famously said: “It’s a big club, and you ain’t in it. You and I are not in the big club. And by the way, it’s the same big club they use to beat you over the head with all day long when they tell you what to believe. All day long beating you over the head in their media telling you what to believe, what to think, and what to buy. The table is tilted folks. The game is rigged, and nobody seems to notice, nobody seems to care.”

It’s a big club, and Nancy and Paul Pelosi are in it, Hillary Clinton is in it, Hunter Biden is in it, the FBI officials who framed Trump for colluding with the Russians are in it, and the young Leftist professionals who are getting their student loans canceled are in it, and Charles Dickens Imene Oliha’s diplomatic passport gets him into it. Trump is a very rich man and a former president of the United States, but he has offended many members of the big club, and he isn’t in it. Neither are you.

Related: The Rule of Law and a Vulnerable Former President

The victim “lives in the same building as Oliha,” and “went to walk a neighbor’s dog around noon when a man approached her in the lobby.” The man was Charles Dickens Imene Oliha. He “said he was going to follow the woman upstairs,” but “she replied, ‘No, you’re not.’” The earnest young diplomat refused to take no for an answer. When she opened her apartment door, Oliha “forced his way inside.” Then he raped her twice.

Said Jane Manning of the Women’s Equal Justice project: “It’s incredibly disturbing that someone who is accused of rape cannot be held accountable no matter what the facts.” That’s true. It’s also incredibly disturbing that a man who is in the United States on a diplomatic passport would take advantage of his diplomatic immunity to victimize someone in this way. But if leading figures on the American political scene are clearly able to break laws with impunity and face no consequences because their political views align with those of the group that is in power, why should anyone expect that an obscure diplomat from South Sudan is going to assume that his diplomatic immunity isn’t absolute?

In its self-serving two-tier justice system, the American Left today is effectively telling the world that no one need respect any laws as long as one doesn’t challenge the elites. Charles Dickens Imene Oliha simply read the signs of the times. Others likely will do so as well.