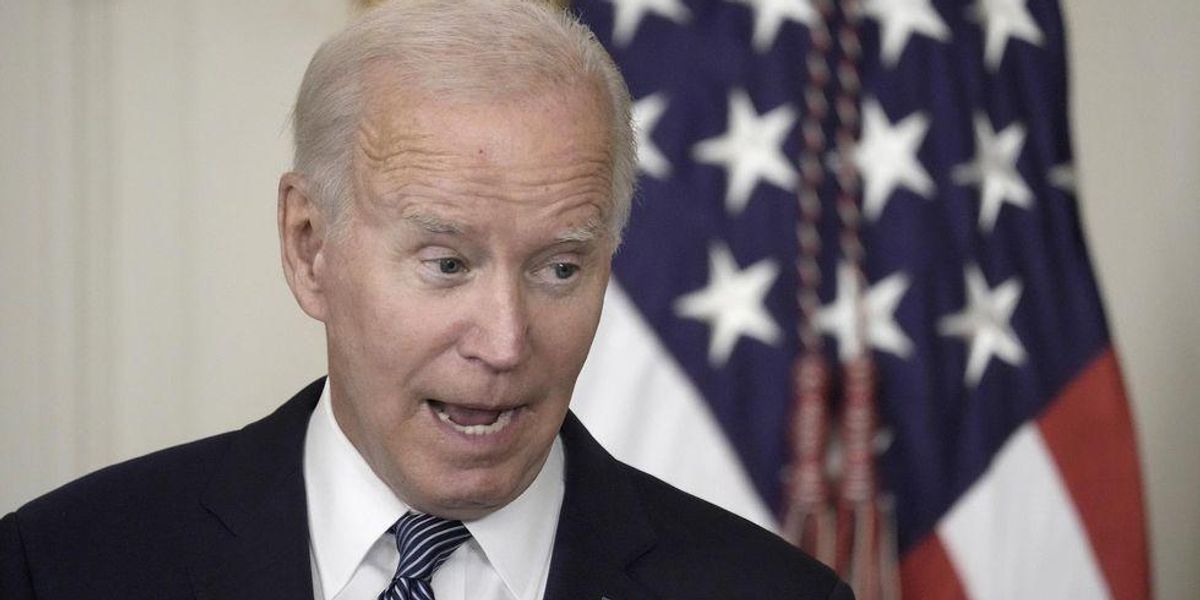 President Joe Biden was challenged by a reporter about the fairness of his student debt relief order, and his answer was immediately lambasted by many on social media.

Biden was speaking about the student debt program he ordered Wednesday when a reporter asked him to comment on the challenge that the policy was unfair to those borrowers who worked hard to pay off their loans.

“Is this unfair to people who paid their student loans or chose not to take out loans?” asked Karen Travers of ABC News.

“Is it fair to people who, in fact, do not own multi-billion-dollar businesses if they see one of these guys getting all the tax breaks? Is that fair? What do you think?” Biden responded.

“What about people who paid their loans, though, struggled to pay their loans, and now others don’t have to?” asked another reporter.

Biden simply walked out of the room.

Many on social media ripped into Biden for the response.

“What in the world is he talking about?” asked Tim Carney of the American Enterprise Institute.

“I have no idea what this means but they had months and months to come up with an answer to this obvious question and here is the result,” responded Scot Bertram of NRO.

“Confused Biden can’t tell the difference between American taxpayers keeping more of the money they earn, and the federal govt raiding the coffers to buy votes,” read another reply.

“SO GIVE PEOPLE TAX BREAKS! CUT OUR TAXES! Let people keep more of THEIR money, don’t force them to subsidize other people’s debt. Did he think that thought all the way through?” tweeted the official Young Americans for Liberty.

However, many on the left liked Biden’s defiant reply.

“More of this version of Biden please,” responded Ana Kasparian of the Young Turks.

One video of Biden’s comments garnered more than 2.1 million views on Twitter.

DEACE: EPIC montage packed with headlines that are almost TOO cringe to watch
The Fed Is Piloting a Chinese-Style Social Credit Score–And Your Bank May Be In on It
Pfizer, BioNTech sponsor cringeworthy Marvel comic that promotes COVID-19 vaccination
New Italian prime minister puts globalist elite on notice, says her people are taking country back from ‘New World Order’
This Liberal Filmmaker Is Standing Up to the Censor-Loving Progressive Mob