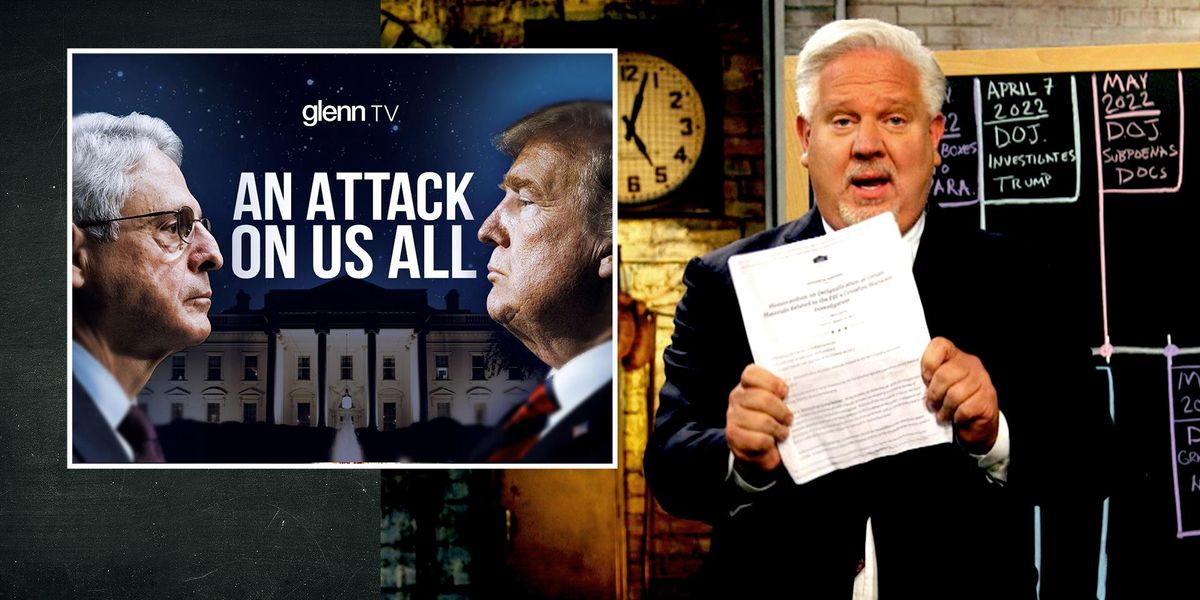 We all know what the raid on former President Donald Trump was REALLY all about — the 2024 election. Whether you love Trump or hate him, this unprecedented act is a LOT bigger than just one man. And the same people behind Obamagate, who weaponized the DOJ and FBI by using obscure laws, seem to have their fingerprints all over the latest fishing expedition to take down Trump.

On Glenn TV Wednesday, Glenn Beck heads to the chalkboard to map out what he thinks the FBI was REALLY looking for at Mar-a-Lago. The U.S. government is growing in size and strength under Biden, and now he is turning the full power of this out-of-control government on us all.

Glenn exposes the federal agencies that have been quietly militarizing right under our noses: The IRS, DHS, FBI, VA, and USDA have all been buying up guns and ammo with little to no explanation as to why. Is it time to abolish many of these corrupt institutions?

Watch the full episode below: