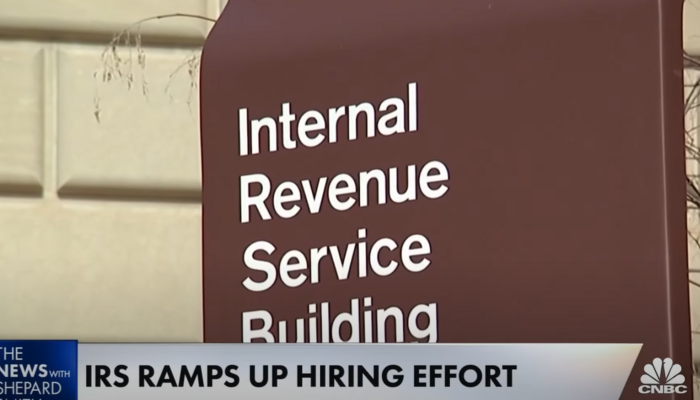 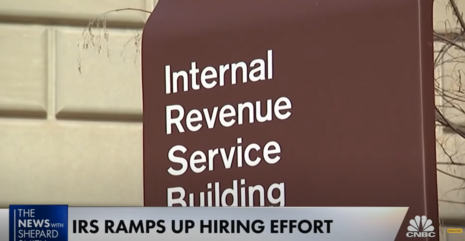 More liberal turnabout in the New York Times, as economics editor Deborah B. Solomon appeared in Wednesday’s Business section to defend yet another government agency from conservative “conspiracy theories,” this time the intrusive Internal Revenue Service: “I.R.S. to Conduct Security Review Amid Threats Agency and Staff.”

The Internal Revenue Service, which has been under sustained attack by Republican lawmakers and conservative outlets, is undertaking a “comprehensive” review of its security amid threats to the tax agency and its employees.

In a letter sent to staff on Tuesday, the I.R.S. commissioner, Charles P. Rettig, cited “an abundance of misinformation and false social media postings, some of them with threats directed at the I.R.S. and its employees.”

As a result, the agency is conducting a review of “existing safety and security measures” at its operations nationwide and has “increased engagement” with law enforcement and security agencies.

By now it’s sadly predictable for a liberal paper to suck up to a government agency with guns. And times certainly have changed, with anything a (Democratic) presidential administration claims automatically treated as gospel truth. Solomon didn’t even nod toward actual IRS abuses of the past, like the Tea Party and the congressional hearings in 1998 during the Clinton years, which included “armed raids against nonviolent taxpayers,” according to the Times.

Misinformation and conspiracy theories about the agency have proliferated in the wake of a Democrat-backed bill that gives the tax collector an additional $80 billion to help crack down on tax cheats. The legislation, which President Biden signed into law last week, is intended to help the agency hire more than 80,000 employees, upgrade antiquated technology systems and improve its ability to respond to taxpayers.

Mr. Biden and Treasury Secretary Janet L. Yellen have promised that the additional personnel will not result in increased scrutiny or audits of anyone making less than $400,000 per year.

But the funding has spawned a host of unfounded conspiracy theories – including from Republican members of Congress — about the threat that mom-and-pop shops and middle-class Americans will now face from an emboldened tax collector. Social media is awash in claims that the new agents will be heavily armed, despite the fact that just 1 percent of the new employees would be working in jobs that require carrying guns.

That has not stopped elected members of Congress from fanning spurious claims.

Senator Charles E. Grassley of Iowa, a Republican on the Senate Finance Committee, warned Fox News viewers this month that the new I.R.S. agents might be coming with loaded “AK-15s” and “ready to shoot some small-business person in Iowa.”

This came off as truly benighted, from a veteran journalist:

Other Republican lawmakers have cautioned that more I.R.S. agents will result in more audits of small-business owners and middle-class Americans, despite the administration’s pledge.

Ah yes, a promise from a presidential administration, always the gold standard for truth at a hard-nosed journalistic enterprise like the New York Times.