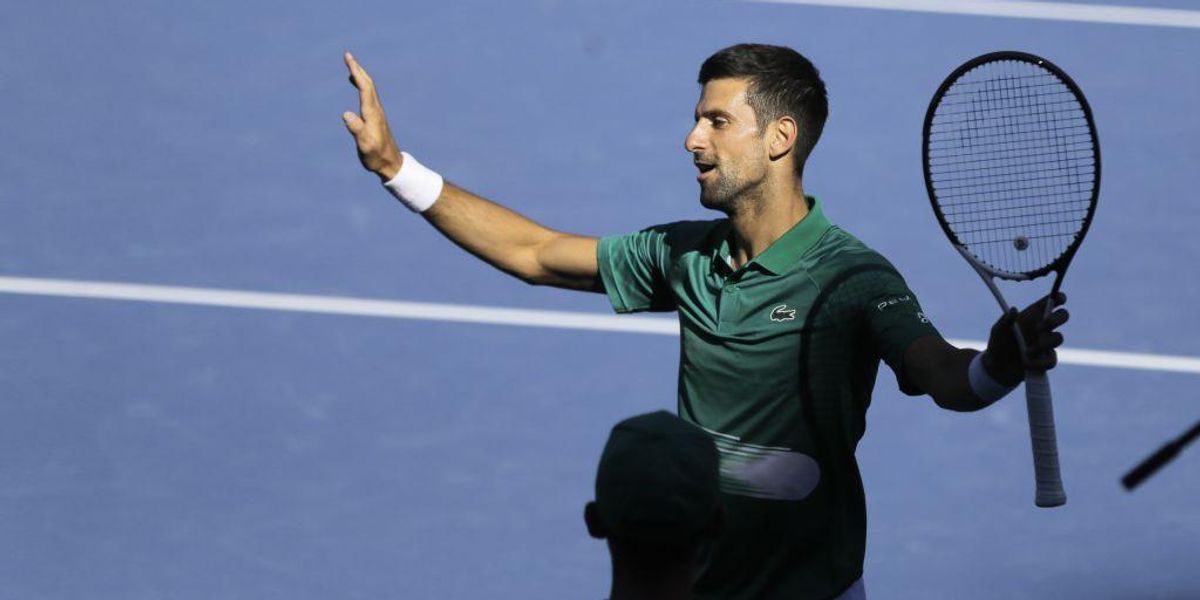 Novak Djokovic, a 21-time tennis major champion and former top-ranked player, has withdrawn from next week’s US Open — one of tennis’ four major events. Djokovic has not been vaccinated against COVID-19, and the U.S. does not allow unvaccinated foreigners to enter the country.

“Sadly, I will not be able to travel to NY this time for US Open,” Djokovic tweeted this week. He added, “I’ll keep in good shape and positive spirit and wait for an opportunity to compete again.”

In a statement about Djokovic’s decision to pull out of the U.S. Open, Stacey Allaster, the tournament director, said it was “very unfortunate that he would be unable to compete at the 2022 U.S. Open.”

Djokovic, a native of Serbia, had stated he hoped the United States would change its policies, and appeared to be training for the tournament, reports ESPN.

The tennis star has previously argued that vaccination should be a personal decision and not a requirement for athletes to play. When asked in February why he wouldn’t get vaccinated, Djokovic told the BBC, “Because the principles of decision-making on my body are more important than any title or anything else. I’m trying to be in tune with my body as much as I possibly can.”

In January, Djokovic was deported from Australia just as he was prepared to defend his Australian Open title. The Australian government had canceled Djokovic’s visa on the grounds that his presence in Australia “may be counterproductive to efforts at vaccination by others in Australia.”

Djokovic is one of the most decorated players in tennis history. In addition to his 21 major wins, he was the world’s top-ranked player for a record total 373 weeks, and has finished the year at the top of the rankings a record seven times. Last month, Djokovic was crowned the men’s champion at Wimbledon — widely regarded as tennis’ most prestigious tournament. He reached the final at last year’s U.S. Open.

Djokovic is currently ranked sixth in the world; his ranking will drop further after the tournament.

Notably, Moderna — the pharmaceutical company best known as a developer of the mRNA COVID vaccine — is serving as a sponsor of this year’s U.S. Open.

Trending Search in Russia: ‘How to Break Your Arm at Home’
Democrat Candidate for GA Governor, Abrams, Supports Abortion “Up Until the Time of Birth”
Joe Biden: People Disapprove of Me Because They Are Psychologically Unable to be Happy (VIDEO)
Lindsey Graham’s 15-Week Abortion Ban Might Actually Be Brilliant. Here’s Why.
Plum Island resurfaces: Secret research programs run by the USDA, DoD and DHS are engineering agricultural bioweapons to starve nations into collapse