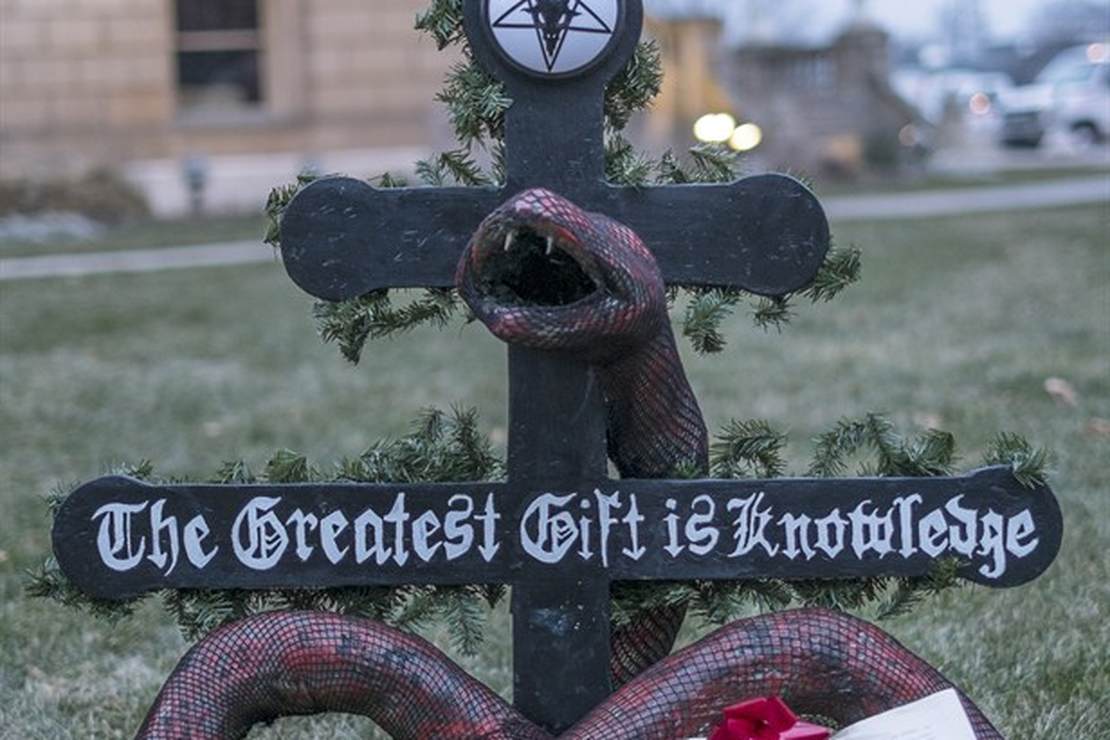 Living as a single guy in a rural Utah town, your dating options can be rather limited if you are not a member of the predominant religion. I had a few dates that could be considered unique, but one, in particular, stands out. A woman asked me out on a lunch date. So far so good. As it turned out, the lunch date consisted of going to LDS seminary. The seminary is adjacent to many schools in Utah, to which students are excused throughout the day to go and attend classes on LDS doctrine, history, etc. It was odd that she would take me there since we were both adults in a room full of high school students listening to lessons on the LDS faith. When you are a reporter, time is always of the essence and I was slightly annoyed that I lost an hour with a bunch of high school kids and that “lunch” was a bowl of lettuce and a bag of dinner rolls. No dressing, no croutons, no olives, flax seeds, or anything. Just. Lettuce. And the rolls. Sans butter. After the date, which was basically an attempt to interest me in the Mormon Church, my date suggested that we swing by Taco Bel. It was, among other things, expensive.

I mention the above experience not just to highlight how tough (and strange) the dating scene can be when you are in your 30s in a small town. That’s just a quasi-funny story. I point it out because it has been standard practice in public school systems throughout Utah to allow students to take an hour of their school day for religious instruction specific to the LDS Church. As time has gone on, non-LDS students have been permitted to attend their own version of “seminary.”

That came to mind as I read a story on Fox News about a mother in Pennsylvania who was upset that the Satanic Temple was allowed to host a back-to-school event.

The Temple has a website (everybody does these days), and the club has its own page with statements that read:

The After School Satan Clubs meet at select public schools where Good News Clubs and other religious clubs meet. Clubs are set up at the request of local parents, educators, or other community members that would like to see the program offered. Trained educators provide activities and learning opportunities, which students are free to engage in, or they may opt to explore other interests that may be aided by available resources. The environment is open and parents/guardians are welcome to participate. While the classes are designed to promote intellectual and emotional development in accordance with TST’s tenets, no proselytization or religious instruction takes place.

Proselytization is not our goal, and we’re not interested in converting children to Satanism. After School Satan Clubs will focus on free inquiry and rationalism, the scientific basis for which we know what we know about the world around us.

We prefer to give children an appreciation of the natural wonders surrounding them, not a fear of everlasting other-worldly horrors.

There is also a cartoon complete with a theme song.

Visitors can access a link to a pdf that is a two-page handbook. It contains some of the same information on the website, adding that no material on Satanism is offered and a rational scientific understanding of the natural world is fostered. All volunteers have passed a criminal background check, and there will be art projects, community projects, guest speakers, and “fun experiments.” And no one is turned away regardless of religious affiliation. The handbook and Q&A section of the parent site note that After School Satan Clubs are needed to combat the work of the Good News Clubs. The Good News Clubs seem to be particularly irksome to the Temple.

The Temple accuses the Good News Clubs of emphasizing obedience, inherent sinfulness damnation, and proselytization. I did visit the Child Evangelism Fellowship website. I specifically looked up the Good News Club.  I didn’t see anything about hell or damnation, but I could see that they are focused on spreading the Gospel to kids. Incidentally, if anyone has had experiences with the Good News Club, positive or negative, I’d be interested in hearing about them. After all, the After School Satan Club is at the other end of the spectrum from the Good News Club, so they have no reason to praise the competition. That’s just Advertising 101.

The reporter in me was intrigued, so I decided what the hell (so to speak) and reached out to the Satanic Temple to find out what would be going on in the clubs. The website said there was a “uniform syllabus,” and I was curious to see what is included. Physics? Potato clocks? The old dump-the-baking-soda-in-vinegar to make a volcano project? Ouija boards?

As it turned out, I had a cordial email conversation with a representative of the Temple. While I am a Christian, I figured there would be no point going in figuratively chucking Bibles at people’s heads. One interesting aspect was that since the club is run by Satanists, they figured there was no point in hiding it, since people would find out anyway, and as Satanists, they did not want to hide the “good works” they were doing in the communities.

I asked about the curriculum. I was told that there was no syllabus and that their trained and vetted volunteers have the freedom to decide on activities. There are usually 1-2 planned activities as well as games and crafts for children who don’t want to participate. The upcoming Back to School Event would feature evolution and fossil stations, arts and crafts, and a tarantula exhibit, among other things. I was still curious about the uniform syllabus. I was told that there was not a hard-copy syllabus and that the website needed to be updated. But there is a list of “activities and ideas.” Okay, fair enough, so I asked for the list of activities and ideas. In response, the rep said that list was for internal use only, was constantly being updated, and was currently not in shape for public distribution.

Before anyone starts screaming “What’s in the box?” like Brad Pitt or demands to know what the Satanic Temple is hiding, it could be that every club enjoys a high level of autonomy, and the list itself is still a work in progress. But all the same, if, despite the name, the clubs are as innocuous as they are advertised as being, where is the harm in telling parents what their kids would be learning? Do you have to join the club to find out what is in the club?

Like it or not, as a writer pointed out on a website called “The Real Mainstream,” the law that allows the Good News Clubs to exist also permits the After School Satan Clubs to exist. And as PJ Media Editor Paula Bolyard pointed out back in 2021, the best thing parents can do is to ignore these clubs if they have an issue with them.  The name seems to be designed to evoke a reaction from Christians, especially evangelical ones. And I say that as someone who left the evangelical movement.  As the representative pointed out to me (and yes, I repeat myself):

“ We do not wish to make our name more ‘palatable’ for the masses, and we as Satanists feel proper representation of who we are and the good works that we do is important not to hide in our communities.”

The essential question is whether or not religious organizations, Christian or Satanic, have any place in our public schools at all. I know that the standard line is that we have to put God and the Bible back in schools. But if you do not trust public schools to handle issues of gender or race, should they have any aegis at all over religious matters? As any pastor, priest, or preacher worth their salt will tell you, religious education begins at home. You are the primary person responsible for your child’s spiritual upbringing. Churches are there to augment the work that you should be doing at home.

In the shadows of Nero and Domitian, the primitive church survived as a grassroots movement, not an institution. In countries in which Christian persecution is rampant, churches have learned to survive and to some extent survive in cultures that would love to see them wiped out. They do not enjoy mega-churches, with matching t-shirts, killer worship bands, and big screens. There are no “small groups.” The church itself in many of these cases is a “small group.”

I used to volunteer for a group that advocated for the persecuted church. I met a young woman from China who wrote for an underground Christian newsletter. She was arrested in the middle of the night and spent a day having her feet beaten with coat hangers and cigarettes put out on her bare skin. She was shackled to a post and forced to walk in a circle until her feet left a bloody trail on the floor. She was sentenced to seven years of making Christmas lights to export to America. And that is one of the most palatable stories out there. I could tell you about the pastor who was dragged around by a truck, and then shot in the face and left for dead. He survived and continues to minister, but he has not seen his wife and children for years and has learned to live without half of his face. He only comes out at night, lest someone see him and decide to finish the job. Or there was the Christian woman who had crowds jump on her car until the roof caved in. She was dragged from her car. Her scalp was torn off and she was shot dead.

Or there was the little boy who hid from Muslim extremists in an area of tall grass. They found him anyway and set fire to the area and the little boy was covered in third-degree burns. He is still a Christian. I could spend hours writing about the beating, beheadings, burnings, and rapes that persecuted Christians endure. Or about how, in some villages, there is only one Bible that is split up and memorized in case it is lost or confiscated. There are countries in which services are conducted in a whisper, and when it comes time for a hymn, someone will suggest a hymn number or title and everyone will recite the verses in their heads, lest someone overhear them and call the authorities to arrest everyone in the room. For that matter, in some countries, a person is not considered a mature Christian until they have been arrested at least twice.

These people would laugh at an After School Satan Club. They live with Satan every day. They might understand someone’s concern, but they would in no way find such a club a threat. Think about it: if you live with the constant threat that someone may burn your home down, shoot you or shove you into an oven, and murder or enslave your family, how frightened would you be over arts and crafts?

The After School Satan Club makes for good press, and as Paula pointed out, PJ Media has covered this story since 2016. But in the end, it only has the power that you choose to give it.

CBS Allows 22 Seconds for 2nd Quarter Negative GDP Revision, ABC & NBC Ignore
New Amazon Device Tracks Breath Patterns While Sleeping
Kamala Harris Suggests Hurricane and Disaster Relief Should be Based on Race (VIDEO)
To the Parents of Trans Kids: Lobotomies Were Once a Fad, Too
Are Democrats Rooting for Massive Loss of Life in Florida?