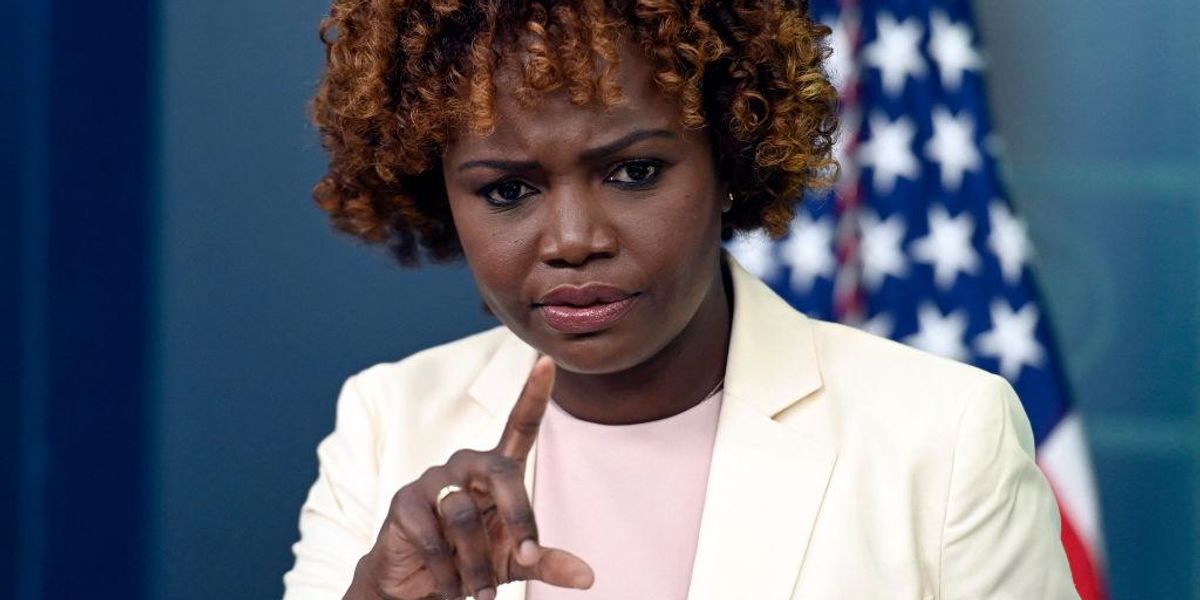 White House press secretary Karine Jean-Pierre defended President Joe Biden’s use of the word “fascism” to describe “MAGA Republicans,” insisting that the president’s opponents are the very definition of the word.

“I was very clear when laying out and defining what MAGA Republicans have done,” Jean-Pierre told reporters. “You look at the definition of fascism, and you think about what they’re doing in attacking our democracy, what they’re doing in taking away our freedoms, wanting to take away our rights, our voting rights, I mean, that is what that is. It is very clear and that’s why [Biden] made that powerful speech.”

On “The News & Why It Matters” Monday, BlazeTV host Sara Gonzales and guests took a look at the actual definition of fascism and concluded that the press secretary has clearly not been doing her homework.

“I just want to just to set the record straight here, give some perspective,” said Sara. “The definition of fascism is: a system of government marked by centralization of authority under a dictator, an economy subject to stringent governmental controls, violent suppression of the opposition, and typically a policy of belligerent nationalism and racism.”

“I can’t think of anything that describes the left any better,” she added.

“Look at what they’re doing just in the simple fact of labeling people who are, quote, Trump supporters or anybody with a conservative value system or political philosophy. The labeling thing, that’s step one,” said BlazeTV’s Chad Prather.

“Identifying, labeling, then they categorize you. They put you in the box. They shove you away until they need to deal with you,” he continued. “You know, we all do that to some degree, but most of us, we just ignore that person. That’s not what their plan is. … They have nefarious purposes for what they’re doing with these labels … and ‘MAGA,’ ‘Trump,’ ‘conservative,’ ‘small government,’ all the buzzwords are all going to mean ‘fascism’ very soon.”

Watch the video clip below for more or find full episodes of “The News & Why It Matters” here. Can’t watch? Download the podcast here.