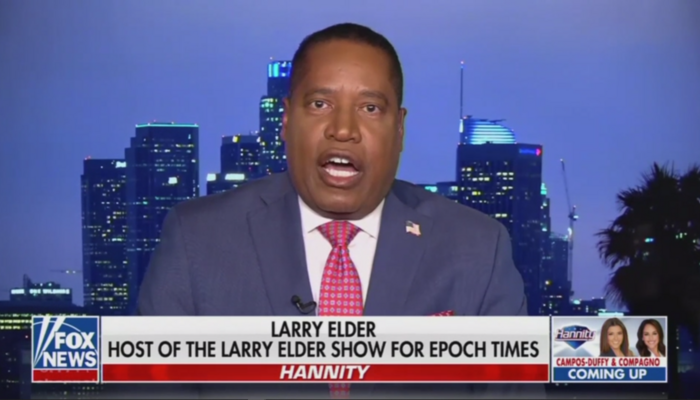 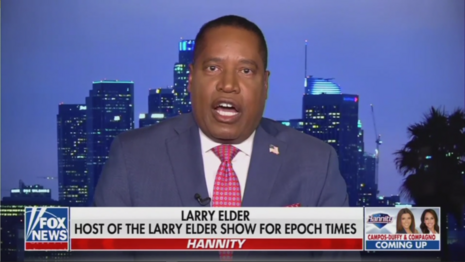 “You start with the proposition that nobody put a gun to anybody’s head, Pete, and said ‘Take out these loans,’” Elder said. “It’s a very simple proposition. You took out the loans ideally because you assumed that they were going to give you a career that would be money making.”

“If Biden was so concerned about the burden of student loans on black people, and brown people and people of color, he would have targeted for people who can’t pay back the loans because they are in financial distress,” Elder said.

But that’s exactly the opposite of what Biden did, Elder explained. Biden claimed on Twitter that eliminating student debt is about giving “working and middle class families breathing room.”

Elder said that the reality is that Biden’s plan will mostly benefit the wealthiest Americans.

“The bulk of the beneficiaries of this student loan forgiveness will be upper class people, many of whom went to expensive colleges, got advanced degrees like masters and like Ph.Ds,” Elder said.

Elder continued: “So these people who are having their loans forgiven are in the best position to pay them off than any other Americans. And most Americans have not gone to college and those who have, most of them have paid back their debts. Aside from that, I got no problem with it,” he said, laughing.

But giving handouts to the upper class is the point of student debt forgiveness. “This is all about buying their votes,” Elder said, when asked about Biden’s scheme to bribe the wealthy liberal class that dominates the left.

“Whenever there’s a government scheme, ask yourself three questions: ‘Who’s gonna pay? how much is it gonna cost? And will it achieve its desired objective?’ The desired objective is to win votes,” Elder noted.

This is not the first time that Elder rang the alarm bells over the inherent unfairness of Biden’s student debt forgiveness scheme. “‘34% of all student debt is owed by borrowers in the top quartile of the income,’” he tweeted, quoting a 2019 article from the liberal Brookings Institution.

And to make things worse, Elder said, Biden’s debt forgiveness plan will “add to the debt, add to the deficit, and cause inflation.” The irony was that the president’s monstrous “Inflation Reduction Act” was supposedly designed to stop all three of those problems, Elder added.

Roth: How to survive the economic pain that’s ahead in the ‘Biden economy’
Would Biden Run in 2024 Without Kamala Harris?
AOC claims that ‘Abortion rights are a class struggle too’
Police hunting down prison escapee, an illegal alien behind two Las Vegas bombings
Ron DeSantis and Hurricane Ian: a Category 4 Media Fail